Earlier today, the Salisbury Cathedral unveiled the album cover of JAY Z’s upcoming album Magna Carta… Holy Grail.  The cover, which was revealed next to the one of the four remaining 1215 Magna Carta documents, will be on display at Salisbury Cathedral Chapter House until the end of July 2013. Here, Life+Times takes a look at the stand- alone display for JAY Z’s 12th studio album.

In the last photo, the statue displays King John (in the middle) holding the Magna Carta. Archbishop Stephen Langton is on his left, and William Longespeé is on right. The statue is a symbolic representation of the signing of Magna Carta 1215. 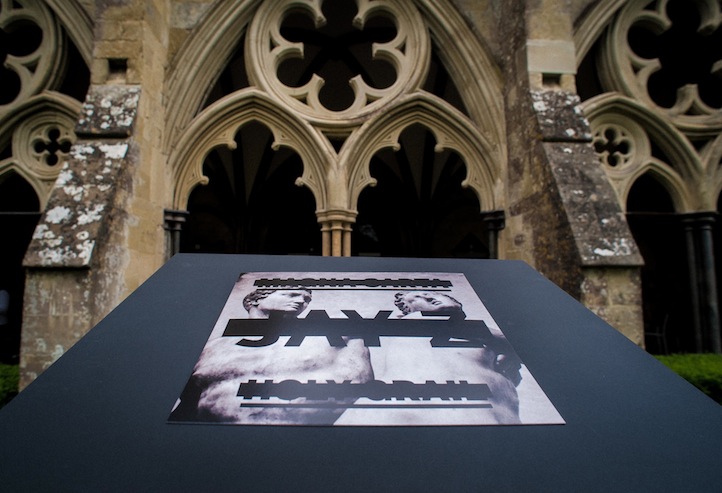 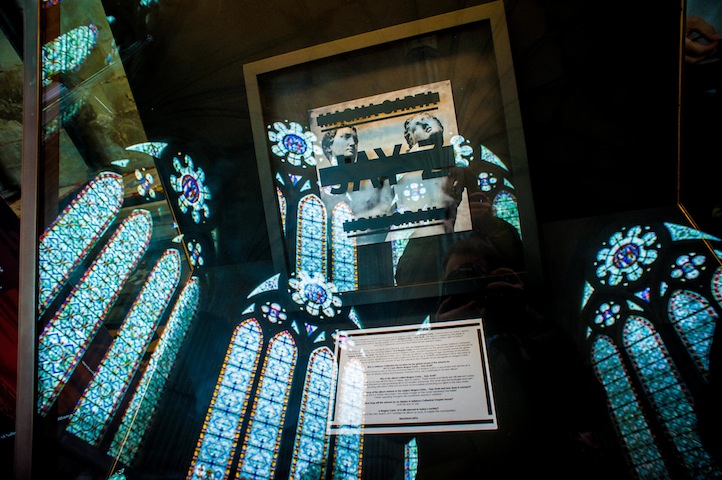 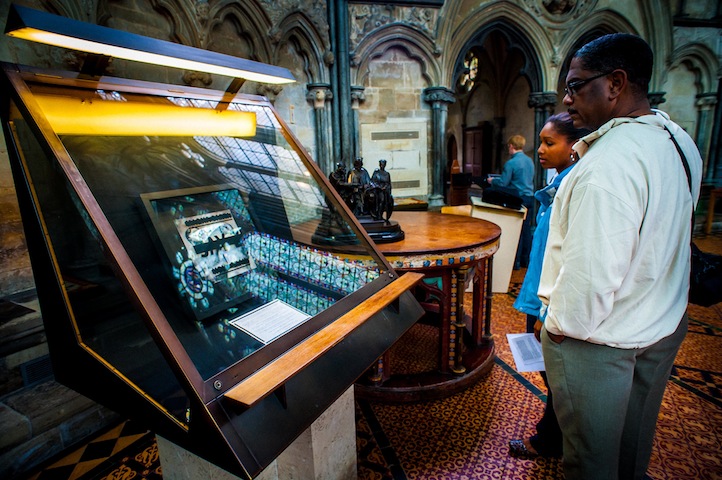 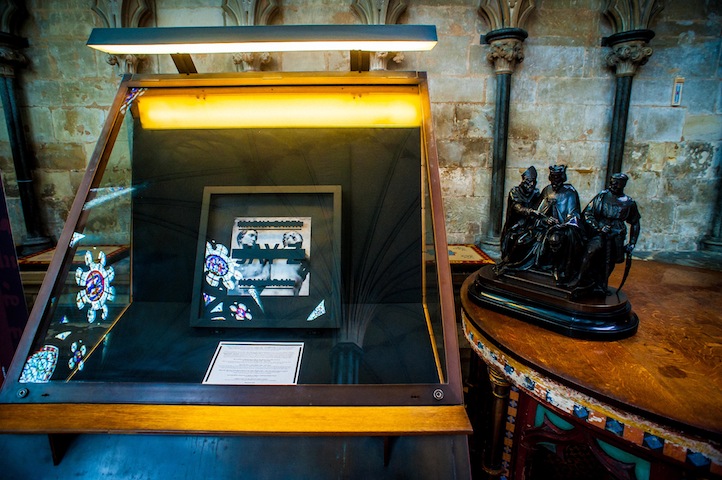