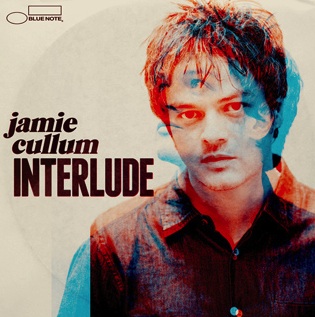 Jamie Cullum is a well-known name across the Atlantic. He’s one of the biggest jazz artists in the UK with platinum records under his belt, and hosts an award-winning radio show on BBC2. His sixth and latest album, Interlude, is an ode to his American jazz standard influences though, an approach inspired by his radio show. The album features appearances from Laura Mvula and Gregory Porter, both of whom Cullum met first as guests on his radio show.

“I grew up getting jazz through hip-hop and electronic music, and in some ways, I try to present it with that same passion,” says Cullum. “There’s a sense of joy that made me want to record jazz again and present it in a way that is not old-fashioned. Even though you may be playing the music in a way that is a bit more traditional – this is the most traditional representation of jazz I’ve ever made – I still don’t believe it’s for old people. I believe that people who like Beyonce, Rihanna, Justin Bieber; whatever they’re listening to, they can enjoy this too, if you present it with passion and a sense of communicating in a way where you bring people in, and the radio show reminded me of that.”

Life+Times spoke with Cullum about Interlude, his radio show and more.

Life+Times: Where did the title Interlude come from and what is its significance?
Jamie Cullum: Well, for the last few years, I’ve really been getting into songwriting. Although I’ve always had the jazz in the background, the songwriting thing has taken over a lot more of my life in the last few years – maybe the last eight years or so. So, Interlude came together because I wanted to do something much more in the world of jazz, the universe of jazz that I’ve been representing on the radio show I have in the UK. It came together as a collaboration with some artists I met while doing my radio show. We just decided to get together in the studio and make something. We didn’t know if it was going to be an album for me or for someone else, we just made something. It ended up being this album, Interlude. I feel like now, making a jazz record is something I’ll do every couple of years as a way of artistically enjoying myself, then going back to songwriting. It feels like a little break from the songwriting side of things and one that I’ve enjoyed very much.

L+T: Beyond songwriting, how was making this record different from previous experiences for you?
JC: Yeah. We made this whole album in two-and-a-half days. We made it in one room, there was no separation between the musicians. Everything was one or two takes, all on analog tape, no edits, no overdubs. We kept everything in, everything you hear is what we did on the day. That’s a very different process from making [other] records where you build everything up. I’ve always tried to keep a real live element to all my albums, but this is truly a live experience in the studio. We recorded it in the very cold of January behind a fish market in the UK, there’s this great studio and nobody knows about it. Again, starting out recording this record, I didn’t know that people were necessarily going to hear it. I knew eventually it would come out in some shape or form, but I didn’t know it was going to be a follow-up to my last record, Momentum. When I was recording it, I didn’t have the sense of “Oh, this is going to be my next single,” or, “This is going to be my follow-up to this.” It was just a thing we were making for the joy of it.

L+T: You picked from a wide array of jazz standards. How did you decide which records to cover?
JC: I was a music nerd before I was a musician – going through the credits of records to see what studios they recorded in, what drummer did this, etc. The guy who I sit with during my radio show is also a major record nerd, so when we decided we were going to do some recording, we threw emails around about songs we thought were under-recorded and underrepresented. There’s a song on this album called “Out Of This World,” we were like, “We want to do a song that represents Mark Murphy and Alice Coltrane in one song.” That was a vibe we had. “Interlude,” the opening track is a nod to a jazz standard that is really under-heard by so many people. “Lovesick Blues,” is an intersection of the history of American music, blues, Appalachian, country, western, etc., is all in one song. “Make Someone Happy,” is a direct reference to one of our favorite albums which is Bill Evans’ recording with Tony Bennet. We can trace all of them back to music nerd moments in our record collections.

L+T: How was your experience working with Laura Mvula and Gregory Porter? What were they able to bring to the album?
JC: In some ways, this album is a celebration of my radio show. I met Gregory while doing my radio show, I was the first DJ in the UK to play him. We became friends, performed together a lot and had been hanging out a lot. It was very natural for him to be on the record. His involvement was very much a [nonchalant] approach, like, “Hey, you should come sing on my record.” It was a beautiful thing for that to happen and very natural. Same thing with Laura. We got to know each other through my radio show and she just came down and did it. She sang [“Good Morning Headache”] twice, Gregory may have sang [“Don’t Let Me Be Misunderstood”] twice and it was done. It was people hanging out, eating food, drinking beer, a pretty low pressure environment. Again, these are collaborations where we didn’t know how people were gong to hear them. I’ve been able to play a small part in bringing them to a wider audience – certainly in the UK – so it was a collaboration of people who love music and enjoy playing music together.

L+T: Talk about having your radio show, being a fan of the music and an advocate for the culture. How is it to be in that position, and how is that something that may have helped you as an artist?
JC: That’s an interesting question. I try not to think about it in that way – it’s easy for me being English and growing up in the countryside of England, because I don’t have the weight of the culture on me. I can take it, enjoy it for what it is, play with it and I don’t have to feel too responsible about it. That’s how I’ve always approached it. I’ve approached it in a way where I don’t feel this weight of responsibility. I think it’s different if you’re American. When I started this radio show, it was only supposed to be for six weeks. As I started doing it, I realized I had this amazing opportunity to bring people like John Coltrane into the lives of people that have never heard it before. My show goes down at 7 PM on a Tuesday night on the biggest radio station in Europe, so we inherit, like, eight million listeners. If a few – even five percent – of those people are hearing so many of these artists for the first time, [that] has actually become something I feel not responsible for but really proud of. When you realize you’re playing this music that we love so much for people for the first time, it’s a responsibility and a joy I’ve taken seriously. At the same time, I try to present the show in a way that’s not too teacher-like. I’m not trying to pressure people into liking this music, I just communicate my passion for it.