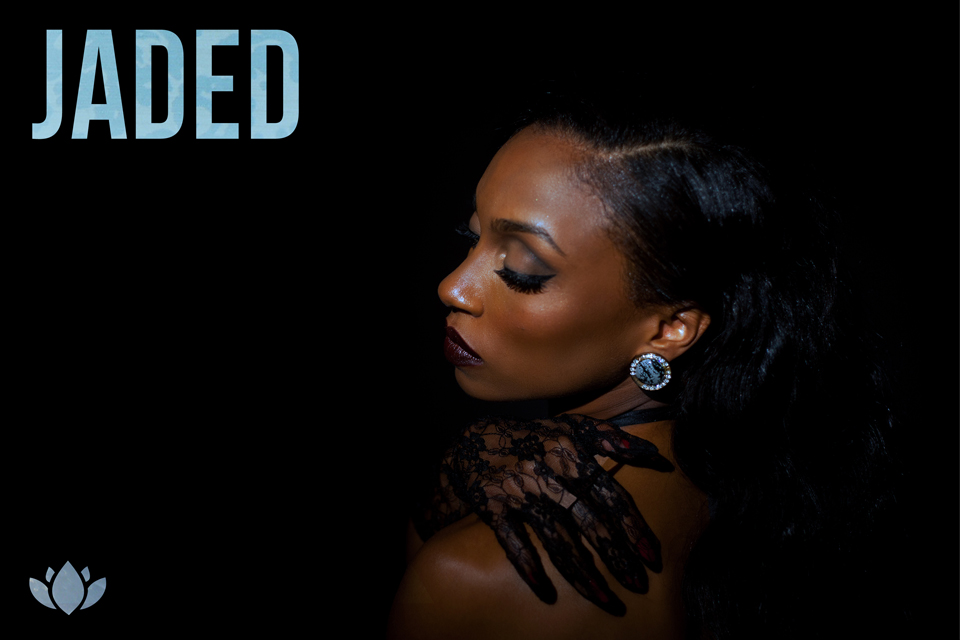 It’s been a thorough, well-trodden path for Jade de LaFleur. Starting in her hometown Houma, Louisiana, then to Los Angeles, and then everywhere else while touring with Solange, LaFleur’s winding road culminated in New York, where she she now resides. The final stop set the stage for her debut EP, Jaded (available January 21).

While some may know LaFleur from her time with the female trio Sophia Fresh, many may recognize her from Saint Heron, the highly acclaimed 2013 R&B compilation curated by Solange. LaFleur’s “Jaded” was one of a dozen songs featured, standing alongside records by Jhene Aiko, Sampha, Cassie and Solange herself among others. All of that experience has prepared for her for this moment and those still to come.

Life+Times chatted with Louisiana songstress about her debut project, working with Solange, and more.

Life+Times: Jaded is something you’ve been working on for a while. What is this project for you?
Jade de LaFleur: This project, to me, is my baby. It’s something that I truly gave my all to. I had a really impactful experience when I moved to New York and dealt with life in a totally different way, encountered different things, and I really woke up. It’s my experiences in song, pretty much.

L+T: What part of Louisiana are you from? Was it culture shock moving to the big city of New York?
JdL: Yes, I’m from this place called Houma, Louisiana, which is outside of New Orleans. I grew up there, but before coming to New York, I was in Los Angeles because I had been a part of a girl group called Sophia Fresh. And then I started working with Solange and I toured with her for two-and-a-half, three years. So, after that is when I came to New York.

L+T: The single “Jaded” starts with a Janis Joplin sample. Is she someone who inspired you? Who are some other people who helped you create your sound?
JdL: Janis Joplin definitely does [inspire me]. When I listen to her words and lyrics and how she sings it, it just instantly moves me and I can feel it. I love, love, love Sade so much. Sarah Vaughan, [and] Billie Holiday. When I was coming up, I loved Mariah Carey, Whitney Houston. I love all genres of music. I like Elton John, Donny Hathaway, The Beatles. I just like anything that inspires me to learn about something else, or if anything about it sticks out to me and I can feel it. I just like honest music. That’s how I’ve been since growing up and here I am today.

L+T: The unplugged video series you’ve been doing – with intimate settings, minimal instruments – seems to have a Louisiana kind of feel.
JdL: To be honest that was very unplanned. Even with the things that I do, I like it to feel very honest to me and how I felt when I created it. That tone that it gave me, that I wanted to get out when I did the song, that’s the way I like it to feel even when I’m performing. That’s pretty much what the beauty of the [videos] is. It’s fun stripping away everything and just vibin’ out.

L+T: How important was it for you working with Solange, watching her perform? How did that experience help you grow?
JdL: So many things. I love Solange. She’s great. The things in life that are of value to her, she puts in the forefront. I love that. She speaks her mind, even in the industry. Being able to learn and soak that up, I think it’s beautiful what she’s doing. You can just tell from what she does that she’s a music junkie and a music lover, and at the end of it, that’s what it’s about. Being able to travel the world with someone that you have a chemistry with like that, and enjoy what you’re doing, it was just beautiful for me. That’s one of the best parts of life is traveling.

L+T: How about the opportunity being on Saint Heron?
JdL: That’s been great. For me, the whole thing has just been fun, you know, because from jump, she [Solange] was one of the first people that I let hear that song [“Jaded”]. Her and my friend James Fauntleroy. When they both loved it, I was like, “Bam! Verified,” because those are two of my friends that I really look up to [for] their musical expertise. I loved that they loved it. Being part of Saint Heron has been amazing for me as well because it’s a collaborative project with so many people who I love, and I listen to it and I vibe out. It was exciting, I think it’s great.

L+T: What have you been able to learn from James Fauntleroy, developing your craft as a songwriter?
JdL: So much. When I’m around James, I’m just a sponge. Outside of that, he’s just my friend. So, it’s great. Every time I’m around him I feel like I have a front row seat to a concert. In every way, I learn from James: He’s so intelligent; the different ways I’ve learned to form melodies and put my thoughts into words. In every aspect, even just life. I’m super, super blessed to have James around.

L+T: How good does it feel to finally have your debut project ready to come out with all of the stops you’ve made along the way?
JdL: It kind of feels like “Jaded,” the song; “Maybe it’s real, maybe I’m dreaming.” That’s how it feels, I don’t know. I don’t really think about it, to be honest, because my life is kind of non-stop, but it really feels good. I’m excited because, you know, you keep doing it and doing it, and you just kind of can’t stop. To see the end of that, or to see that process, is beautiful and I’m thankful for that. But it just keeps going for me.

Jaded is available January 21. Keep up with LaFleur here.