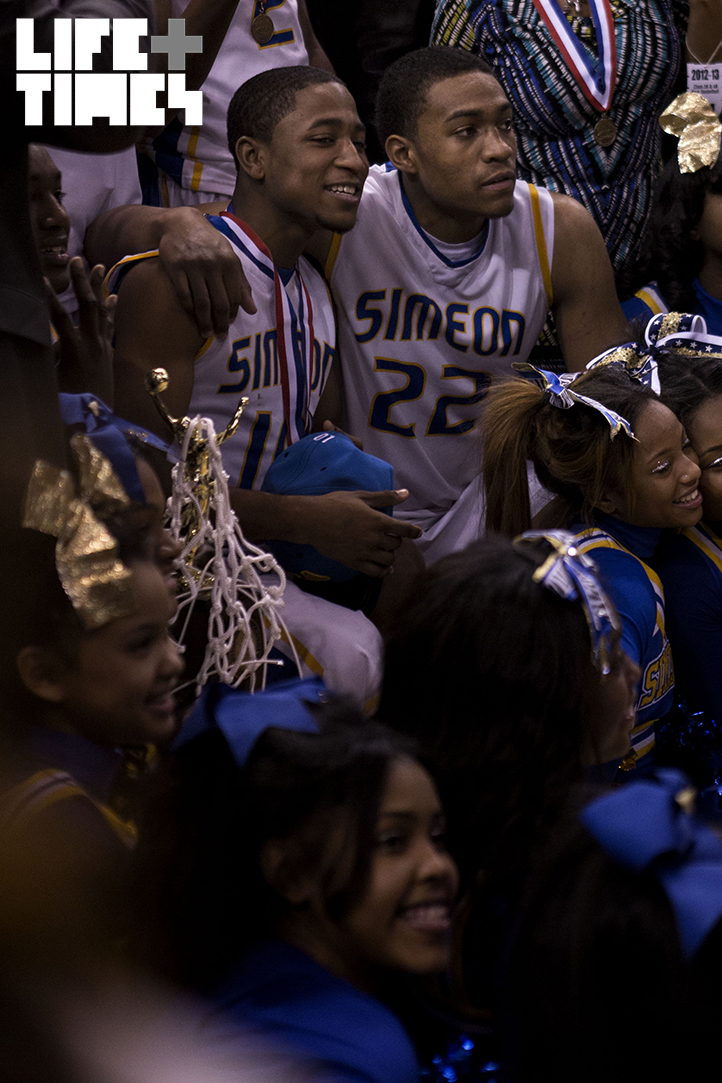 On the final day of the 2007 high school basketball season, eighteen-year-old Derrick Rose and his teammates from Simeon Career Academy on Chicago’s South Side made history, becoming the first Chicago public school to win back-to-back men’s basketball state titles. Six years, one NBA MVP award, and a torn ACL later, there’s a new superstar making history and breaking records in blue and yellow. On Saturday night — a day after his eighteenth birthday — 6’9″, Duke-bound senior Jabari Parker led the Simeon Wolverines to their fourth consecutive state championship, and cemented his place alongside Derrick Rose and the late Benji Wilson on Simeon’s basketball Mount Rushmore. Life+Times caught up with Jabari the day after his big win at the Big Ten championship game in Chicago, where he reflected on his teammates, his legacy, and winning four straight.

“I always dreamed of being amongst the ranks of the top names in the city of Chicago, and I’m so fortunate that winning four state championships has put me in that criteria,” said the ever-modest Parker, considered by most to be the top-ranked senior ball player in America. “I’ve always been a real big high school basketball fan, I always wanted to be up there with [top names], and now I can say that I think I’ve made it.” 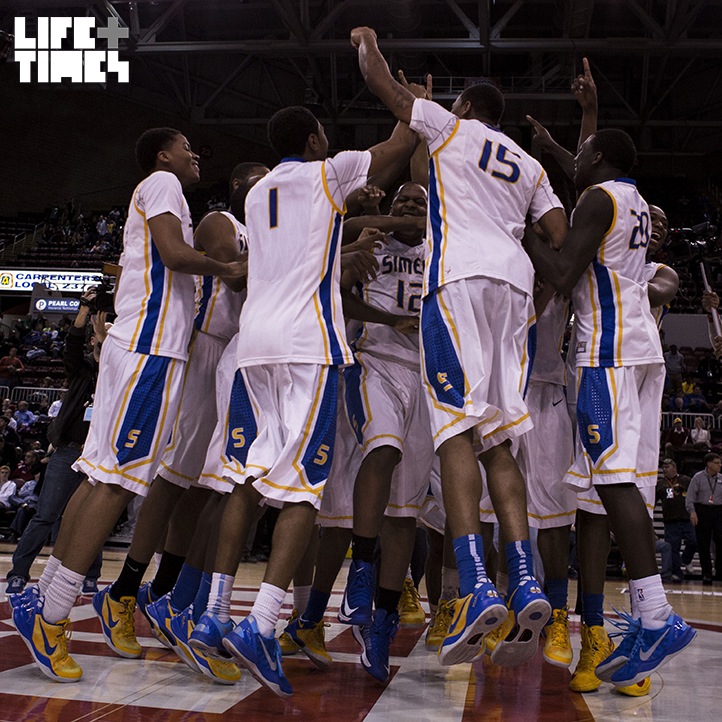 In 2009, Jabari, then 14, became the first freshman in Simeon history to suit up for the varsity squad (even Derrick Rose had to wait it out), competing for a season on the freshman/sophomore team before earning a varsity spot as a 10th grader. The numbers Coach Robert Smith‘s Wolverines compiled during Jabari’s four years are staggering; 118 wins to 15 losses and 28 consecutive postseason wins. As the final seconds ticked off the clock in Saturday night’s 58-40 championship game romp of Stevenson High School, Jabari was the only Simeon player not celebrating on the court with his team. Rather, the understated superstar sat at the end of the bench, head in his hands, fighting back tears as he watched the scene unfold.

“I thought about all the hard work, all the blood, sweat, and tears and this season being the most important of my career because it helped me realize how much you can get back from traumatizing events and how you can deal with conflict,” explained Parker, who had to overcome a serious foot injury leading up to the season. “I was really more in awe, because how many people can say that they’ve been downstate one or two times, and I’ve been fortunate to be there four times and that’s a real blessing for me.” 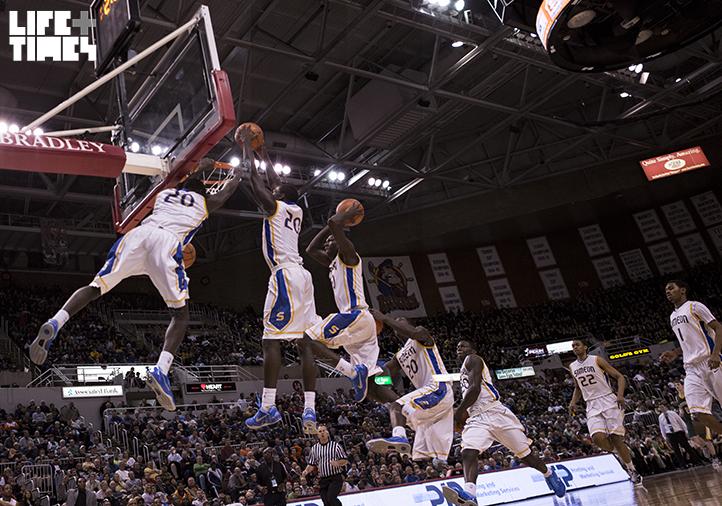 After the game, in typical selfless fashion, Jabari gave his championship medal to the biggest supporter of his career since day one — his father. Sonny Parker was a Chicago legend in his own right, starring at West Side powerhouse Farragut Academy, going on to a successful career at Texas A&M and later for the Golden State Warriors.

“My dad wasn’t able to be a part of my season like he was the previous years I’ve been at Simeon. This year, I just showed him how I appreciate him being there (at the championship game), even though he’s a dialysis patient. The fact that he made it out was real big for me. I just appreciate my dad being in my life.”

Jabari was not alone in winning his fourth straight title on Saturday night. Senior shooting guard Kendrick Nunn, a University of Illinois recruit, has been on varsity alongside Jabari for the entirety of the ride. “Me and Kendrick have a real good relationship, a good bond — we had a big brother-little brother approach. He was the big brother and I was the little brother at times,” Jabari explained with a smile. “We’ve been playing on Team USA together, been together ever since high school started. It’s been real good just being with him. He’s that other person you always need — he was like another superhero that I went to work with.”

With all five Simeon starters graduating, it’s time for Jabari to pass the torch on to the next wave of Chicago superstars. There’s no shortage of candidates to carry on his legacy, a list that is headlined by Jahlil Okafor and Cliff Alexander, both ranked amongst the top five junior basketball prospects in America. “The city is in real good hands from now on. I think they can take it on, they can make a lot of noise,” said Parker. “You know I left it for them. That’s why I came back and I wanted to prove something, that I wasn’t gone yet, but when I’m gone, y’all can have it. So, now it’s theirs and I hope they can do the best with the spotlight.” 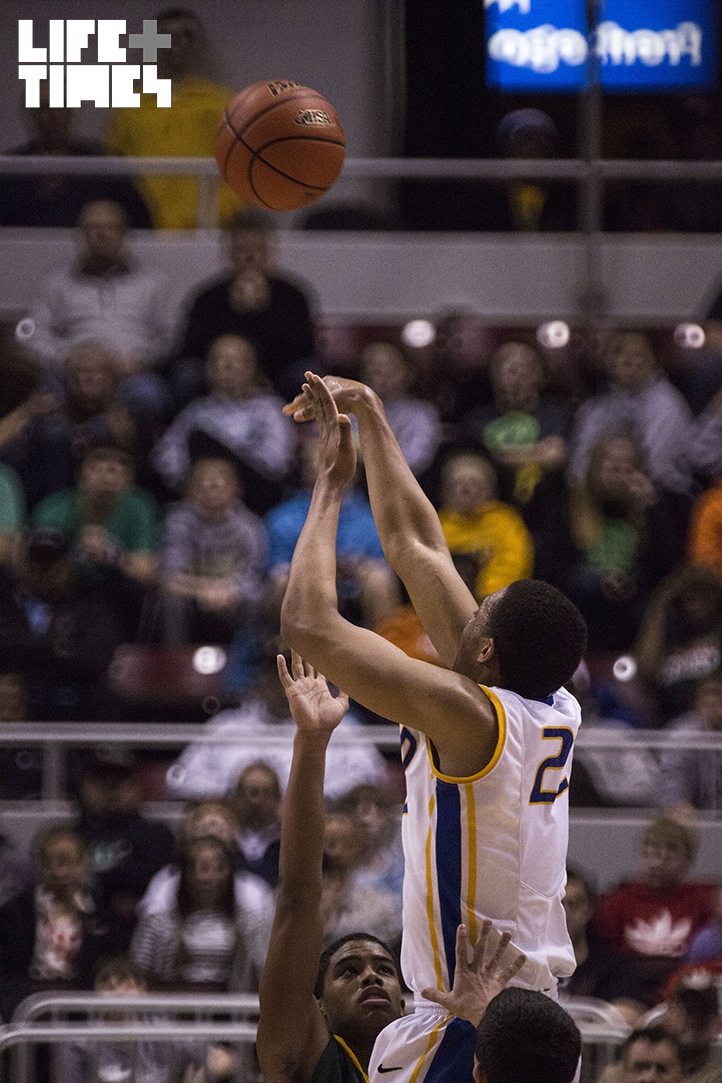