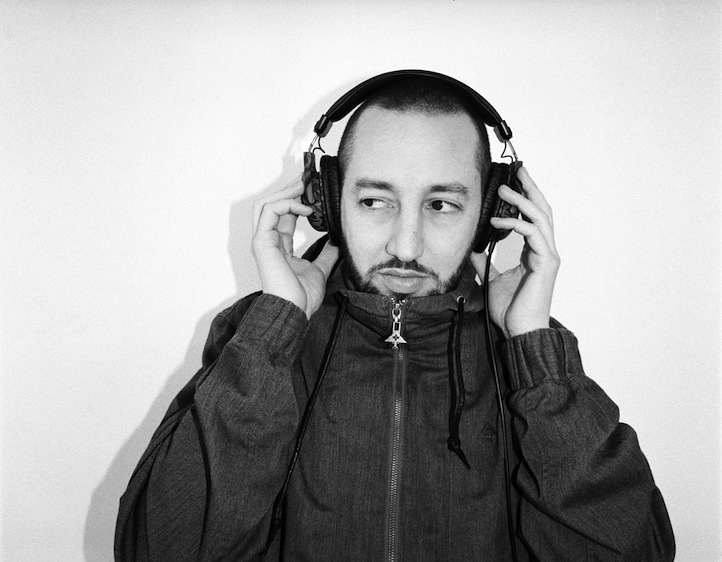 At every NBA game, there’s an accompanying soundtrack playing in the background. It’s become so commonplace and monotonous, however, that it often goes overlooked as “YMCA,” “Whoomp! (There It Is),” “Jump Around” and other records have become stadium staples across the league. In recent years, teams like the Chicago Bulls and Cleveland Cavaliers have brought in hip-hop DJs to switch it up and provide fresher sounds for the game, but the Nets took it a step further in their inaugural season in Brooklyn, bringing in hip-hop DJ and producer J.Period as the franchise’s official Music Supervisor.

“My role is music supervisor so my primary responsibilities are curating, creating the playlists of what’s played primarily during gameplay, but for all aspects of the game,” he says. “I think the initial thought of the team was to have a traditional DJ. When I was brought in, it was a with a different sort of idea of creating a customized version of what you would have on a traditional NBA playlist. I produced the theme song for the team. John Forté from The Fugees wrote the theme song [“Brooklyn: Something To Lean On (J.Period Remix)“] and the team asked me to remix it and make it knock for the arena. So, I took John’s version of the song, remixed it and that’s the version that plays right before the player lineups are announced with the opening video on-screen at every game.”

Life+Times chats with J.Period about his role in curating the Barclays Center experience.

Life+Times: Describe your role as music supervisor and how the opportunity came about.
J.Period: The way this came about is I had DJ’ed an event for Christophe Charlier, who’s the chairman of [the Nets], he heard me and heard what I could do and brought me into the conversation. Then Petra Pope [Brooklyn Nets Senior VP of Event Marketing & Community Relations], who’s responsible for all of the entertainment in-game, approached me about coming in. Initially they called me almost as a consultant, to come in and help choose what would be played. When we talked more about what Brooklyn represents and the diversity of Brooklyn – obviously it’s a mecca of hip-hop, but you’ve got a whole spectrum of people in Brooklyn, and therefore in Barclays Center – and my background from mixtapes and DJing is really about bridging all those gaps. Whether it’s mixing or remixing different kinds of music, I’ve done everything from mixing Bob Marley, Fela Kuti and Bob Dylan to the projects I’ve done with cats like Q-Tip, Lauryn Hill or The Roots. Basically, the kind of breakthrough thought that I had was – the NBA dictates that every time there’s a change of possession, the music needs to change, and that changeover needs to happen by the time the ball moves across half-court in the other direction – when you watch a game on TV and you hear music in the background, you don’t necessarily think about it in that way, but what I realized is that rather than just taking tracks and playing them, I could do in Barclays what I do on a mixtape. Take bits and pieces from a bunch of different things and mix them together into these ready-made edits and remixes that are made for those different situations. What I proposed to them [the Nets] was that rather than just curate and choose the music, I would also create an entire custom library of edits and different versions of songs that are made for the situations they’d be used in. Let’s say the team is on offense – the NBA rules are that you can have instrumentals when they’re on offense, not too much vocals – I would take little Brooklyn samples whether it’s Notorious B.I.G. or JAY Z and mix them in with the instrumental to create a custom Brooklyn version of that instrumental. When the team’s on defense, you hear all the same stuff: “We Will Rock You,” those drums, or the “Defense” drums that you hear in stadiums. Even there I would take other drum samples and chop up or make new versions, just to kind of flip it. If it’s the fourth quarter, it might be a version of Bone Crusher‘s “Never Scared” or JAY Z’s “U Don’t Know” and chop down and edit these things into hyped, condensed versions. You combine that with the party-rocking [songs], whether it’s dance music, classic hip-hop or soul, just the kind of tracks that no matter who you are or where you come from, they make you want to move. Really, the thing that I was told was that they wanted it to be like a party. They want the experience of going to Barclays Center to be a good time for everyone, so that’s really the primary goal, it all revolves around that.

L+T: How is selecting the music for a game different than selecting music for a mixtape or DJing a party?
J.Period: I think there’s two different sides of it. One side is the competitive aspect of the game. It’s things that are gonna fire the players and fans up, so it’s definitely high-energy stuff. The other side, like I was saying, is how do you appeal to the whole cross-section of Brooklyn with music. So it’s really trying to pick those songs that have a broader appeal, but I’m also very keen from my experience as a DJ to not go the easy route of playing cheesy songs. One of the ways that I joked [about] in the beginning is that it’s almost like DJing a wedding but not in a cheesy way. You wanna find songs that will get everybody on the dance floor, but not like “YMCA.” That’s a challenge in and of itself, because you want it to be cool, you want it to be something that the heads will hear and appreciate, but also a little kid or an older person will hear and still be able to tap their foot to it. So, my experience as a DJ and reading the crowd has been more important than anything. I actually work in collaboration with another guy, his name is TJ Roche, he was the DJ when they were in New Jersey. His official title is Game Presentation Manager, and he’s on a headset with the entire production throughout the course of the game. He’s the one triggering all of these things based on what’s going on in the game, so the thing that I was trying to do was create things where I could hand them to him and they’ll be all situation specific, then he knows what’s right for what situation. When I go to the actual games, I’m more there in the capacity of reading the crowd, seeing how they respond to certain things I’ve created, taking notes, then going back to edit those things.

L+T: What songs have emerged as fan favorites?
J.Period: Well there’s a few that have become staples that they play almost every game because they get such a good response and they become part of the culture in the building. There’s a moment before the starting lineups are announced where the lights come down and it’s like the calm before the storm, so I took Phil Collins’ “In The Air Tonight,” and basically remixed it with harder knocking drums. That one has become something where every single game, in that moment, it’s a signature thing – you hear that, and you know the game’s about to start. That one’s been really popular. Another one, because JAY Z is such a recognizable part of this whole Barclays experience, I’ve done a lot of stuff where I’ll take acapellas from JAY Z, samples of vocals from all over, then edit them together to create a vocal fuse. I took him shouting out Brooklyn in one song, then I took “What More Can I Say“, when he says, “I need you to scream,” I put them together in a little sound bite that’s like, “Brooklyn, I need you to scream.” They’ll use that at certain points when they want to get the crowd involved and make some noise. That’s another one that’s been consistently used. Along those same lines, I took the instrumental from JAY Z and Cam’ron’s “Welcome To New York” and different vocal samples from that acapella, so that instead of him saying, “Welcome to the Empire State”, he says, “Welcome to Brooklyn.” You hear the build up of that “Welcome To New York” instrumental, then you hear Jay’s voice saying, “Welcome to Brooklyn, birthplace of Michael Jordan, home of Biggie Smalls.” They play right before the huddle breaks before tip-off. That’s been another popular one. Another one, I took the sample that they used for “Hate Me Now,” the Puffy and Nas joint, then I mixed it with the original, which is Carmina Burana, this orchestral, opera song and basically combined them to make this really intense, dramatic moment that they use at the beginning of the second half. There’s a bunch that I’ve gotten a good response to.

L+T: Do you ever catch the players reacting to it?
J.Period: I’ve definitely seen them nodding their heads. It’s usually not the guys that are in the zone. But if there’s a timeout, I’ve seen Andray Blatche nodding his head at various times. Honestly, I’ve even looked down and seen Beyonce nodding her head, which is a cool thing.