For many music lovers, their introduction to Florida based hip-hop artist J. Dash, was via an unlikely source: Miley Cyrus. Last month, Miley posted a twerk video on YouTube that featured J. Dash’s “WOP” as the soundtrack of choice. As a result of that video’s viral success, the hot dance track twerked its way up the music charts and is now a certified Gold record. Though “WOP” has garnered sudden fan and media attention, the track along with J. Dash’s career has been in the music scene for quite some time. “Before Miley made the video, “WOP” had sold 500,000 units. It’s gone gold already. Now, platinum is inevitable at this point,” J. Dash states. “For a lot people, [they] think it happened overnight. For me…I’ve been in this game forever. I was doing production things for a while – making theme songs for MTV, licensing, I’ve just been all over the place. I’ve been doing this for a minute in so many different places and so many different genres. It’s just awesome to finally be recognized in the arena I love the most.” In addition to his involvement in the hip-hop world, J. Dash originally started out as a classically trained pianist in his adolescent years. Here, the multitalented artist speaks to Life+Times about his transition from classical to hip-hop and his collaboration with T-Pain.

Life + Times: Are you sick of talking about “WOP” yet?
J. Das: Never! I can talk about it all day!

L+T: I’d like to congratulate you on the success of the track. It’s been out for a while, but ever since Miley Cyrus posted her twerk video –it’s huge! What does “WOP” stand for?
JD: “WOP” stands for “Without Prejudice.” The way that name came about is that we actually made the dance. The dance actually came before the song. Me and my friends made it back in college. Everybody started doing it. Whenever we would do it, whether we were at a club or at a barbeque, everybody would start doing it and they wanted to learn it. You can even go on YouTube and type in “J. Dash WOP” and you’ll find old people, young people, kids, and people of all races – it just has no prejudice, no boundaries.

L+T: Would you ever thought in your wildest dreams that the song would take off like this?
JD: In my wildest dreams? Yes. In my regular dreams? No. Honestly, I never would have thought it would have happened this way. It’s crazy because Miley actually hit me up months ago just telling me about how big of a fan of the record she was. I thought that was cool. We’ve been following each other on Twitter for a while. We kept in touch. I joked with her about making a video. I never thought she would do it. I’d talk to her every now and then. When she actually dropped the video, I was in the bed sick. I had a stomach virus and all of a sudden I started getting text messages one after another. I was about to shut my phone off! People were like, “Have you seen it? Have you seen it?” I was like, “What are you talking about?” Then, I get a message from Miley saying, “Check my page” and I checked it and I was like, “Oh my god.” After that, that’s when we joked about getting matching unicorn tattoos. The next day, it was on, like, Good Morning America, Today Show, BBC, and now I’m interviewing with you guys. I really realize how powerful that girl was. I had no idea. 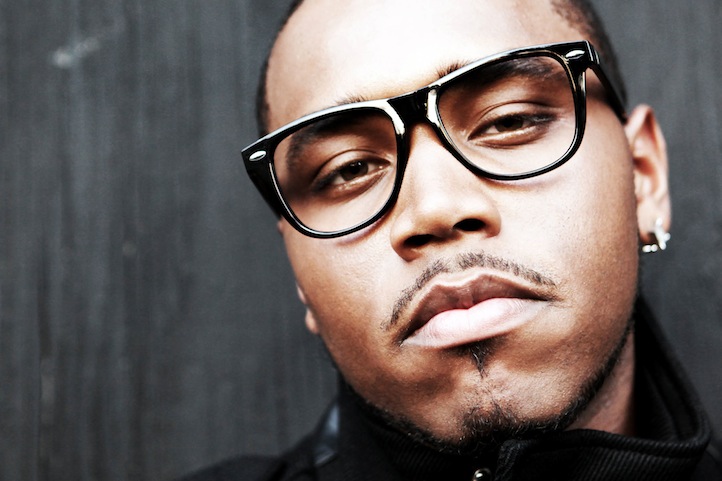 L+T: Revisiting your past, you are also a classically trained pianist. That’s such a contrast to rapping. Was there a particular experience that motivated you to get involved in hip-hop?
JD: Just to give you a quick background, I started playing the classical piano when I was five. It sort of got boring to me, so I got adjusted to blues and jazz. I was 14-years-old and I remember sitting on the school bus and a friend of mine playing a song for me and it changed my life. The song was “Up Jumps Da Boogie” by Timbaland. At the time, it was Timbaland’s first record. I was like, “Dude, I don’t know what that is, but I want to do that for the rest of my life.” From then on, I was fervently figuring out how to make records like that. When I was 19, I started a production company. Then, it’s been history ever since.

L+T: That’s awesome! It must be a surreal feeling to see your hard work paying off.
JD: It is. We joke and say “WOP” is the most unknown Gold record there is. For that to be my first commercially released single, then to go Platinum nowadays, it’s just a blessing to be involved with something like that. What I’m more excited about is the music that we have coming. I have my next single – it’s called “Winsday” featuring T-Pain.

L+T: When can we expect that to be released?
JD: I can’t tell you that! (Laughs) I can tell you that it’s coming very, very soon and I’m hoping that it’s the hottest record of the summer.

L+T: Any other projects we can also look forward to from you?
JD: I just finished my album called Forward Matter. I worked with some awesome artists from Interscope and other labels. I’m also working with some classical GRAMMY-winning composers. Classical music is huge for me because that’s what comes full circle.