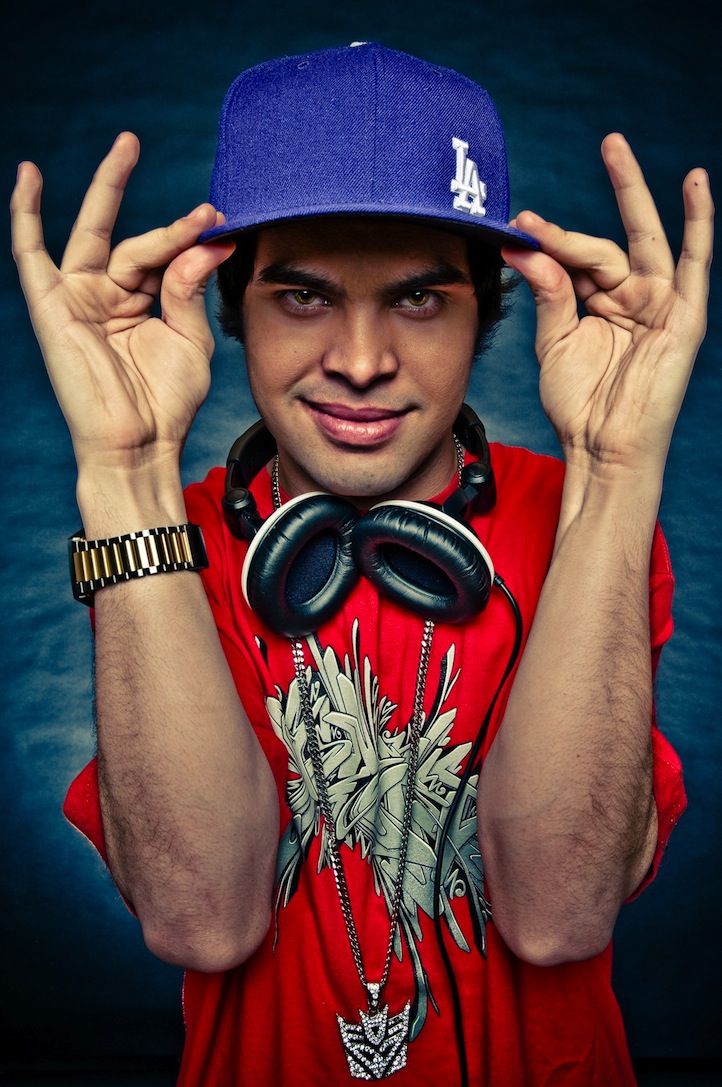 To true fans of turntablism and hip-hop heads alike, Troy Beetles, the Canadian DJ known as Datsik, is a staple on their iPods and Spotify playlists. With an air of new wave DJ skills while maintaining traditional DJ technique on the turntables, Datsik spins everything from modern dance music to hitting late ’80s hip-hop circa N.W.A. with a bang of dubstep bass drops.

Life + Times: So, awesome set up there by the way. I noticed that you put dubstep with hip-hop and electronica. Where do you get your inspiration to fuse everything together?
Datsik: I think the way the EDM scene is moving right now, dubstep is kind of the start of something new. Basically, dubstep is a platform; you can use that platform to crossover any way you want. You know, when I first started, I was just playing along with dubstep, and my influences were hip-hop. Since I’ve been moving forward, everything seems to blend together. I’ve decided, like, “Why not capture everything at once?” I think the key to thriving in this industry is to stay diverse. I just love hip-hop, so I mashed it up with everything else.

L+T: Speaking of which, you did a song with [Korn frontman] Jonathan Davis that’s on your new album. How was that? It’s crazy.
Datsik: It was really cool actually. I was doing a track with [psychadelic trance band] Infected Mushroom and basically I had gone on tour with Korn. I was opening for them. We were on the bus and I showed it to Jon and Jon was just overly stoked about it, like, “Dude, let me crush this.” I’m not gonna say no to that, you know what I mean? When you look at the project, it’s dubstep meets psytrance meets heavy metal. I think of what a strange combination it is–it’s everything mixed together. To me, it was a really good experience because I never get to work with anyone like Jon Davis or Infected Mushroom.

L+T: Are there any other mash-ups on Vitamin D with musicians that we can look forward to?
Datsik: Since we are talking about hip-hop… Z-Trip. I think it’s one of my favorite tracks on the album. It’s basically a hip-hop beat with super heavy low bass and it has Z-Trip’s style over it. So, I think it’s a pretty cool combination. Other than that, I have a few more collaborations. The album feels really good to me.

L+T: Up until a few years ago, did you see yourself as a DJ?
Datsik: This whole thing that came about was a fluke, total accident. I’m super fortunate to be able to do this for a living. It’s crazy. When I was young, I never thought I was gonna be a DJ-it just all kind of happened by accident. Seeing where it’s taken me is mind-blowing. I’m very fortunate.