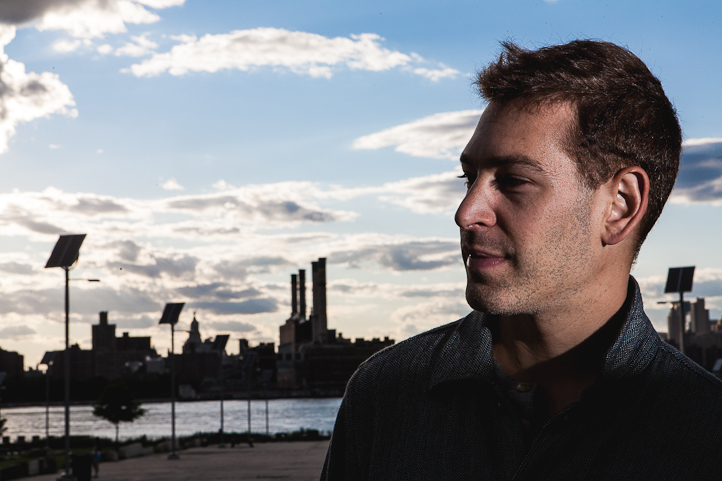 When Matisayhu performs now, his fans barely recognize him. That’s due to the fact that the artist shaved his beard and paired it with a Twitter announcement “No more Chassidic Reggae Superstar.” It was a bold move for Matisyahu, but given the range and diversity of his music, his talent never resided in his facial hair. While his reggae tinged riddims with spiritual undertones dominated the greater half of his career, Matis is taking a different approach this time around, sonically and spiritually. Life+Times got a glimpse of that new formula in speaking with Matisyahu just as his tour started. He talks about his past and present, working with rapper Shyne, and his fateful trip to Israel. His new album Spark Seeker is out now.

Life+Times: What was your thought process going into making your new album, Spark Seeker?
Matisyahu: Well, going into making the record, I didn’t really have a specific plan as to what it was going to be about or who I was going to work with. I started writing the songs with some different people, and one of the people that I started working with – his name is Kojack – he became the producer of the record. A lot of times you see nowadays people putting together their records using different producers, you know like getting tracks from different people. Once we started working together, we eventually just decided to do the whole record together, because we kind of hit it off. “Sunshine” was the first song that we recorded. Basically, it was sort of going into the studio and having a good time, having fun and creating, being creative, making music and just enjoying the process. Eventually, we ended up going to Israel and did a lot of work there and the record took a turn when we did that in terms of its sound and all that.

L+T: Stylistically, what did you learn about yourself from creating music in Israel?
Matisyahu: Well, certainly the people you work with and being that the record and my style in general is not really a purist of like one genre, but it’s a mixture of sounds and stuff. So really the musicians and the people that I work with and that are contributing to the record and influencing the sound in a big way. So working with Kojack, we wrote sort of a more hip-hop or a pop record or more of a sort of a record that has a lot of hooks in it. It has a lot of melodies, it has sounds…it has just a really good, fun kind of sound to it. I don’t know, it sounds stupid the way I’m describing it.

L+T: No it doesn’t! It sounds dope.
Matisyahu: And then when we went to Israel, we started recording with all these musicians, like live instrumentation, so it’s more live instruments and much more organic Middle Eastern and a bit of a darker kind of feel to it. Then we sort of combined those two things together and sort of brought in the whole theme of the desert and that whole vibe just kind of blends the two to create the sound of what the record is. 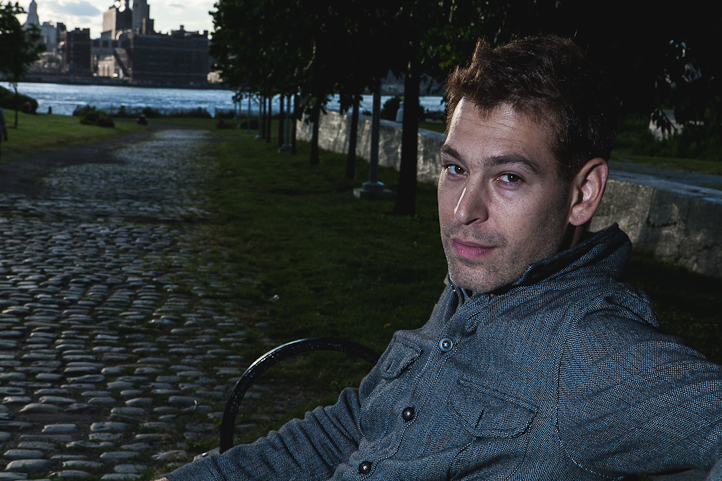 L+T: How did you link up with Shyne?
Matisyahu: Well I just heard about him and what he was doing, and I was interested and I called him and then I asked if he would be on the record.

L+T: You were a lot more recognizable in the street with your beard. Have you felt that like a lot of the fans haven’t recognized you as much since you shaved?
Matisyahu: Oh yeah, it’s pretty great. One issue that I always used to have is like when we have opening bands that I always wanted to hear them but I could never go out into the audience to listen. So I can actually like at my own shows hang out in the crowd and nobody will recognize me.

L+T: That’s hilarious. And what about when you get on stage? Do they have confused looks on their faces?
Matisyahu: I try not to look at people’s faces to be honest. At first when I first get out on stage, it usually takes me a little while to open up to people and let people in because when I first go out, I’m just trying to stay focused and if somebody’s out there and they’re…I get drawn into people’s faces, you know? I get pulled in, so I just go out there and get into the music and then once I feel confident or in myself and in the music, then I start looking at people and letting them in. And by that point, people are usually pretty warmed up and into the music and past their initial shock or their initial feelings about my look.

L+T: You had a huge life change a few years back. Does it feel weird to perform your old music now?
Matisyahu: Well I’m always kind of updating the material. I feel like my lyrics are pretty much like, they’re true regardless of what your religious status is or what my exact specific belief is at the time. But because I’m still drawing a lot of inspiration from Jewish sources, where I might have gotten the inspiration to write some of those songs, I still feel that they’re relevant to me. But from a musical perspective, I’m usually changing up a lot the songs, because my musical taste is changing all the time so I’m always trying to make the songs feel really relevant to me in the moment in terms of the way the music is inspiring me.

L+T: Is that why when you tweeted, “No more Chassidic reggae superstar,” is that not wanting to be labeled as any particular type of an artist?
Matisyahu: Well, I guess when I first started, it was really honest to say that Chassidic reggae superstar, because my first record was a pretty pure reggae record and that was before Live At Stubb’s, it was called Shake Off The Dust…Arise and also I was really into the Chassidic thing then. It was very, very true. Over the years as my music kind of developed and got a little bit away from reggae music at times – or a lot away from reggae music at times – and my inspiration was changing and the way that I saw myself was changing, even though my appearance on the outside still I guess could be seen as Chassidic because I had my beard and all that. To me, those were at certain points – just expressions more creatively of what I was feeling but for a while I didn’t really feel like I was a proper representative of that group. I’m not sure where I’m going with this or what the question was. I lost track. But yeah I do feel that way. I felt that there was more to me than those two things, Chassidic and reggae. I didn’t feel it was really an honest explanation of who I am at this point. 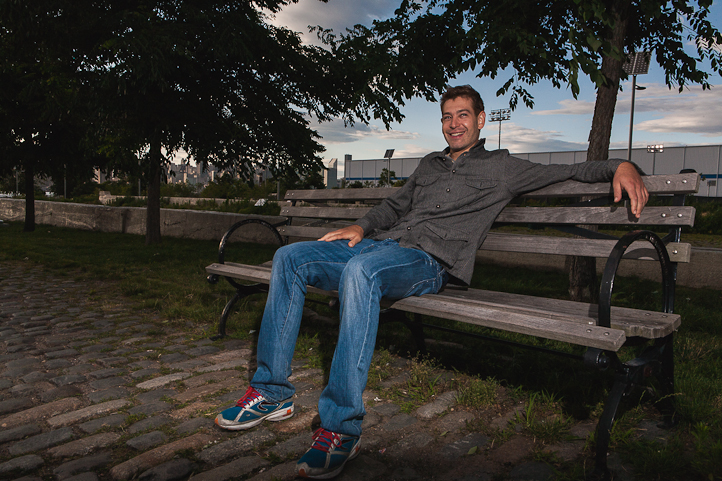 L+T: How did your fans handle your life change and the sound change in your music shifting? Especially the reggae audience, they get kind of serious with that.
Matisyahu: Well the reggae audience I think I might have…it’s been a while since I put out a really full-on reggae song. So even though for myself now I still love reggae music and live, we really get into that. Like we love the moments you consider to be really authentically reggae. I think my fans at this point are not necessarily just reggae listeners or people that started listening to me because they were looking for some good reggae songs. I think it’s people that really kind of relate to the music, regardless of the style of it. So I have that core group of fans who will support me regardless of how I look or what genre my music is. They’re touched by the music and the lyrics and they don’t care too much, I don’t think, about what I look like and all that. Then there are other fans, there are people out there that may or may not have been into my music. But I represented something to them, which was bigger than the music or more important to them than the music, which was the fact that I was religious and that I was out there in the mainstream and maybe creating a good name for them. To me, that was more of a selfish kind of thing and those are the ones who have been a little more obviously taken aback or hurt by my decision to move on.

L+T: So what do you find yourself listening to, like what artists do you find yourself listening to when you’re not making music?
Matisyahu: I listen to really like a mixture of stuff. There isn’t like one artist in the last years that I really gotten into, I really love all their stuff and follow. I listen to a lot of the music that my fans listen to on the road and I can’t think of any of the names of anybody right now.

L+T: How about classic artists?
Matisyahu: When I’m in the car driving, I still listen to the Grateful Dead.

L+T: Oh yeah?
Matisyahu: Yeah. And who are some big artists that I like now? Some more electronic kind of stuff, lesser known bands I guess. But I don’t listen to that much music to be honest with you at this point. Like I said when I’m on tour, I listen to music before my shows to get into them. But other than that, when I have downtime, I don’t find myself filling it with listening to music as I used to.

L+T: Do you feel that it affects you creatively listening to other music?
Matisyahu: It does. I mean, music is like a drug you know? And it really affects the way you feel, the way you think. I guess when I was a kid, I used to really count on that. I really counted on music to make me feel better and to make me feel stronger and now it’s just not my drug of choice I guess.