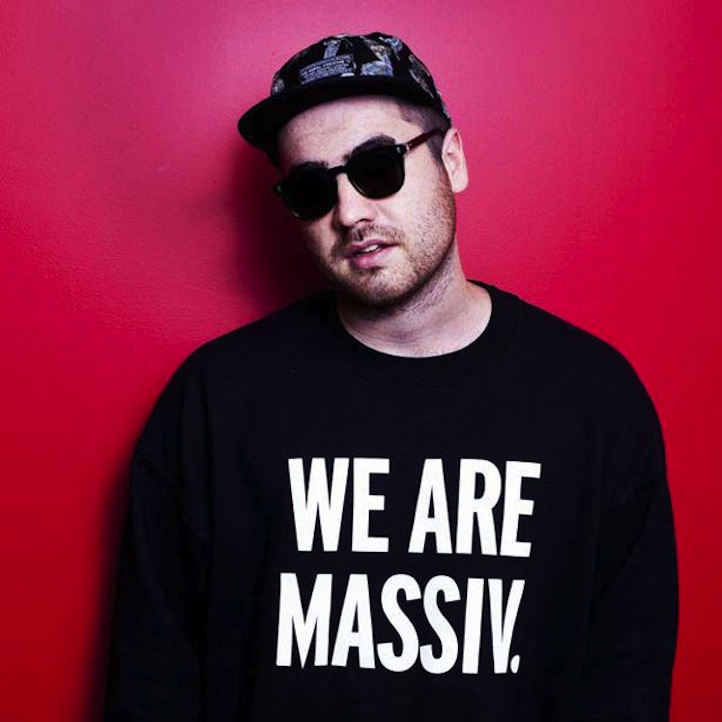 Hailing from New Hampshire, but currently based in LA, 20-year-old Gabe Baer, known as CRNKN, has hit the electronic dance music scene in full force. Although the young producer just got his start a year ago, international tours are already in the works. Thus proving that in the world of music and production, age does not trump innate talent. Baer cites Curt of Flosstradamus as one of his mentors in getting his start in trap music. Though trap produced tracks are Baer’s forte, it is his diverse taste in music that serves as the surefire asset that will aid in his longevity as a producer. Here, Life + Times gets the full story on how CRNKN got his start and why EDM is not his personal music preference.

Life + Times: Did you grow up playing music? Were you involved in music at any point in your early childhood?
CRNKN: I’ve been a musician my entire life. I started playing guitar at a really, really young age – so I’ve played guitar my entire life. I dabbled with tons of other instruments and so the transition to producing wasn’t necessarily a difficult one because I was already musically inclined to begin with.

L+T: When would you say you got your start in producing?
CRNKN: I was going to school last year, [it was] my freshman year of college and I hated it so I dropped out. Then, I wound up going on a backpacking trip and I spent all of my money. I was gone for about four months, then I came back. I had no job and no money and I was like eighteen at the time and living in my mom’s house and I was like, ‘What am I going to do with all this time? I need to find a new hobby.’ So, one day I just sort of stumbled upon the whole producing thing and was like, ‘Oh, this is sweet! This is exactly what I’m looking for.’ Then, I downloaded Ableton illegally and began producing. That was a year ago. 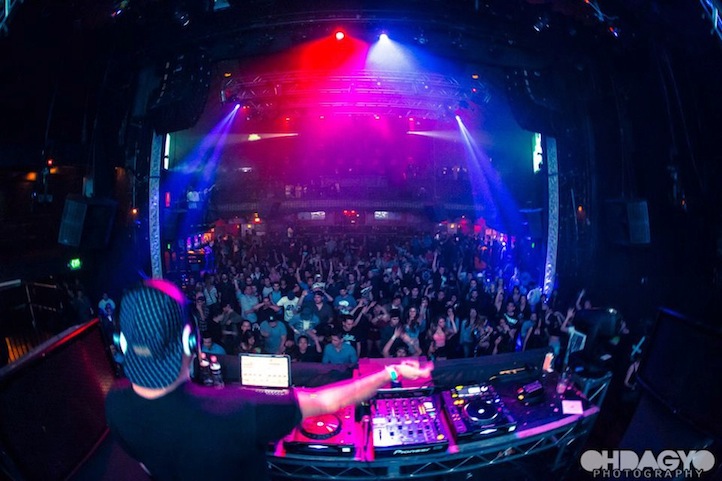 L+T: Wow! You picked up on everything fairly quick considering that was only about a year ago. In regards to trap music, when would you say you really started diving into trap specifically? You have a lot of different remixes.
CRNKN: I got in touch with Flosstradamus through a series of events. I started talking to Curt from Flosstradamus on a daily basis and that was right before the “Original Don” remix came out. Then, that came out and I was like, ‘Holy shit! That’s something else. That’s the next thing.’ So, I started dabbling and I would send little things to Curt and I would have him critique them and he would give me constructive criticism. That’s how it started and that was probably five months ago. It always sounds super hipster to say, but, I started doing it (trap producing) right before the whole thing blew up…and now it’s massive.

L+T: That’s awesome that you had Floss [Flosstradamus] as a mentor. Not a lot of people, rather, no one can say that they had Curt from Flosstradamus as their first mentor. As I was going through the track catalog of songs you’ve remixed, I noticed some tracks of my favorite bands. I love The xx! You did a remix to one of their songs,” Intro,” and then you did a remix of Kanye’s “Mercy,” and of course others – we could list them for hours. Do you think the interest in genres outside of EDM has aided in your progression as a producer?
CRNKN: Yeah, to be completely candid with you, there’s a lot of EDM I don’t like. There’s a lot of shitty, homogenous stuff out there and because I come from a background of other music that’s what I listen to. So, during the day I don’t listen to EDM unless I’m preparing a set. I listen to The xx, Purity Ring, and all that other stuff that I feel like a lot of other people aren’t necessarily into. I love hip hop. I grew up listening to hip hop, but I like a lot of other stuff too and that’s where I learned to draw a lot of influence.

L+T: That makes sense. When you were growing up, what were some records that you were really into?
CRNKN: I was lucky enough to be exposed to really great music at a young age because my parents were super into music. I grew up listening to all kinds of weird ‘80s electronic music that my mom was into, so I’ve been listening to electronic music since I was a little kid. When I got into middle school, I was listening to a lot of Jurassic 5, People Under the Stairs, and I was super into Red Hot Chili Peppers. From Jurassic 5, I got into a lot of New York hip-hop, like Nas and stuff like that. I was into a lot hip-hop when I growing up as well as a lot of weird shit that my parents introduced me to.

L+T: Do you think that a DJ is a musician?
CRNKN: Yes, I do. That’s a question that hits really close to home because I am also a traditional musician. Being a DJ and a producer is a job and if you treat it like that then they’re a musician. In order to be really successful you have to work at it. It takes sitting at home and working on sets for hours, working on mixing and practicing. If you talk to DJ Craze, who’s a good friend of mine, or A-Trak they’ll tell you [that] you don’t just become a DJ by buying a mixer and just going and playing a show. It takes hours and hours of behind-the-scenes looking for new music that other people aren’t playing [and] working on your mixes. So yeah, I do think that DJs are musicians if a person puts in the hours. If they just go play a house party every couple of weeks that’s not at all a musician, because anybody can do that.