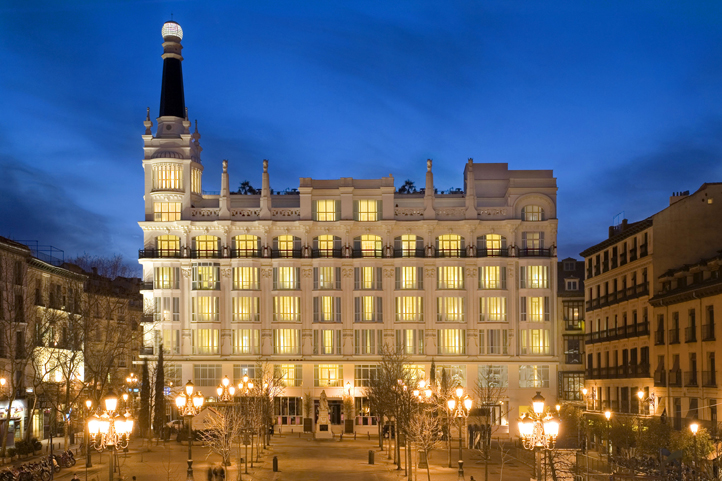 Located at the western end of the Plaza de Santa Ana in the Spanish capital, the ME Madrid hotel is a gateway to a bustling square that offers everything travelers could hope to find during a quick jaunt. Fine, yet casual outdoor dining—a hallmark of Europe’s best cities—awaits just outside the main doors across the cobblestone street and into the square. And just around the corner—quite literally—the clubs and pubs lining Calle de Espoz y Mina are ready to alluringly pull you in, on your way to the commercial center, the Puerta del Sol just ahead.

But of course, there’s the hotel itself. Built in 1919, on the outside it stands as a reminder of early 20th century elegance. Inside, an update from designer Keith Hobbs has made the ME a haven of sleek, yet cozy modernity, its 192 rooms at once both hideaways and retreats. Also, there’s the rooftop club, for which lines of Spanish jetsetters will spill into the square virtually any night of the week. Hotel guests needn’t worry, though—a private elevator bypasses the crowd. Yet, it isn’t the partying that one will remember once there, but rather the breathtaking 360-degree view of the entirety of Madrid. 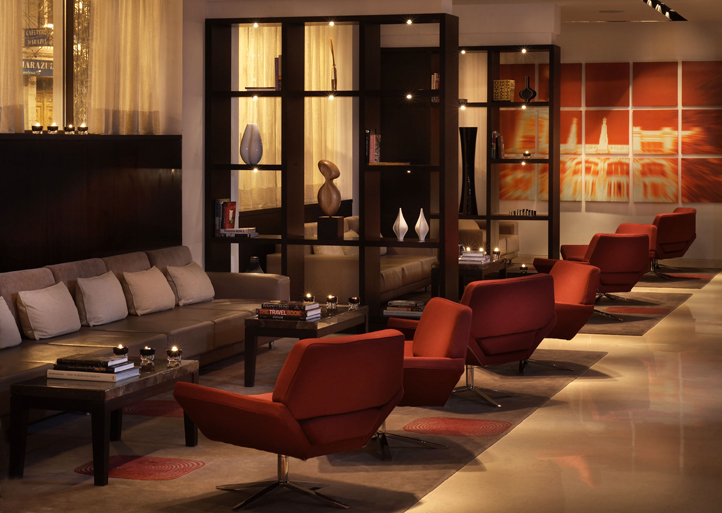 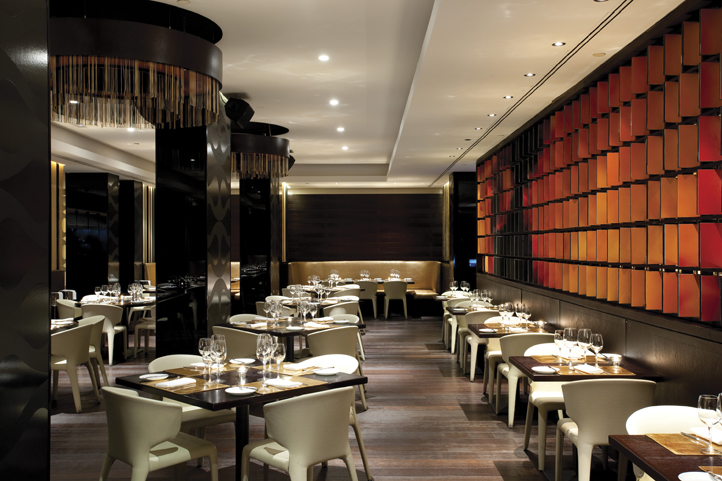 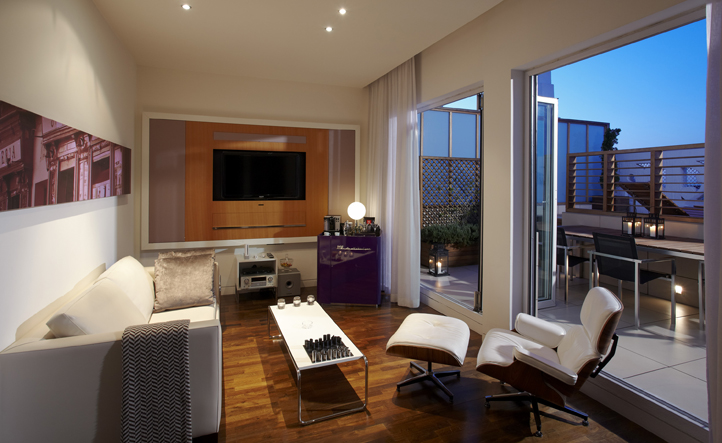 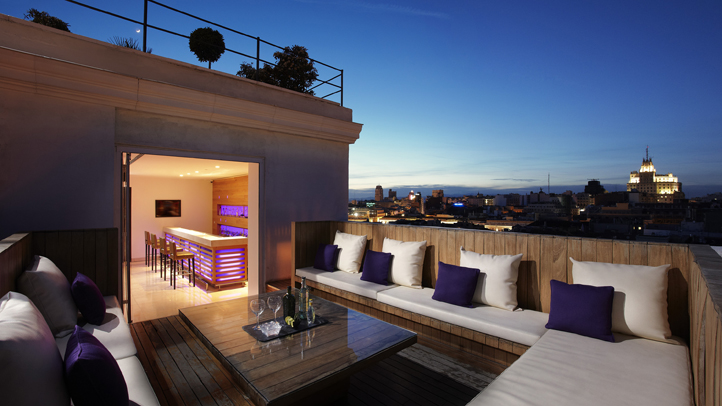 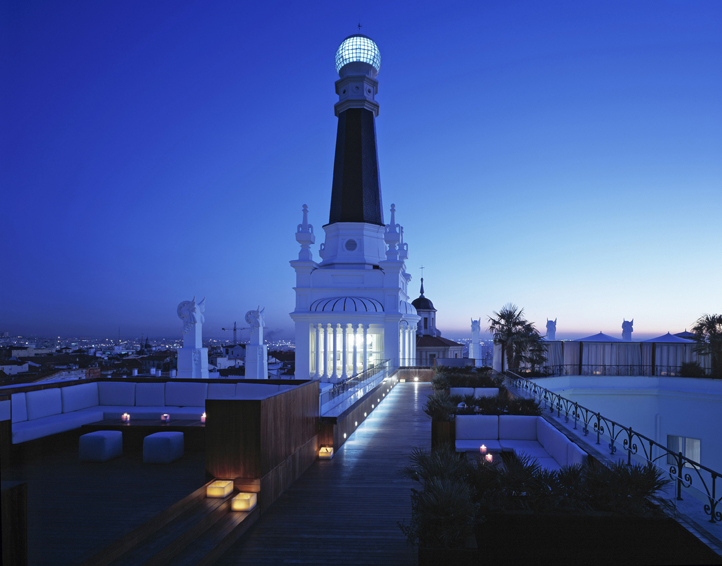