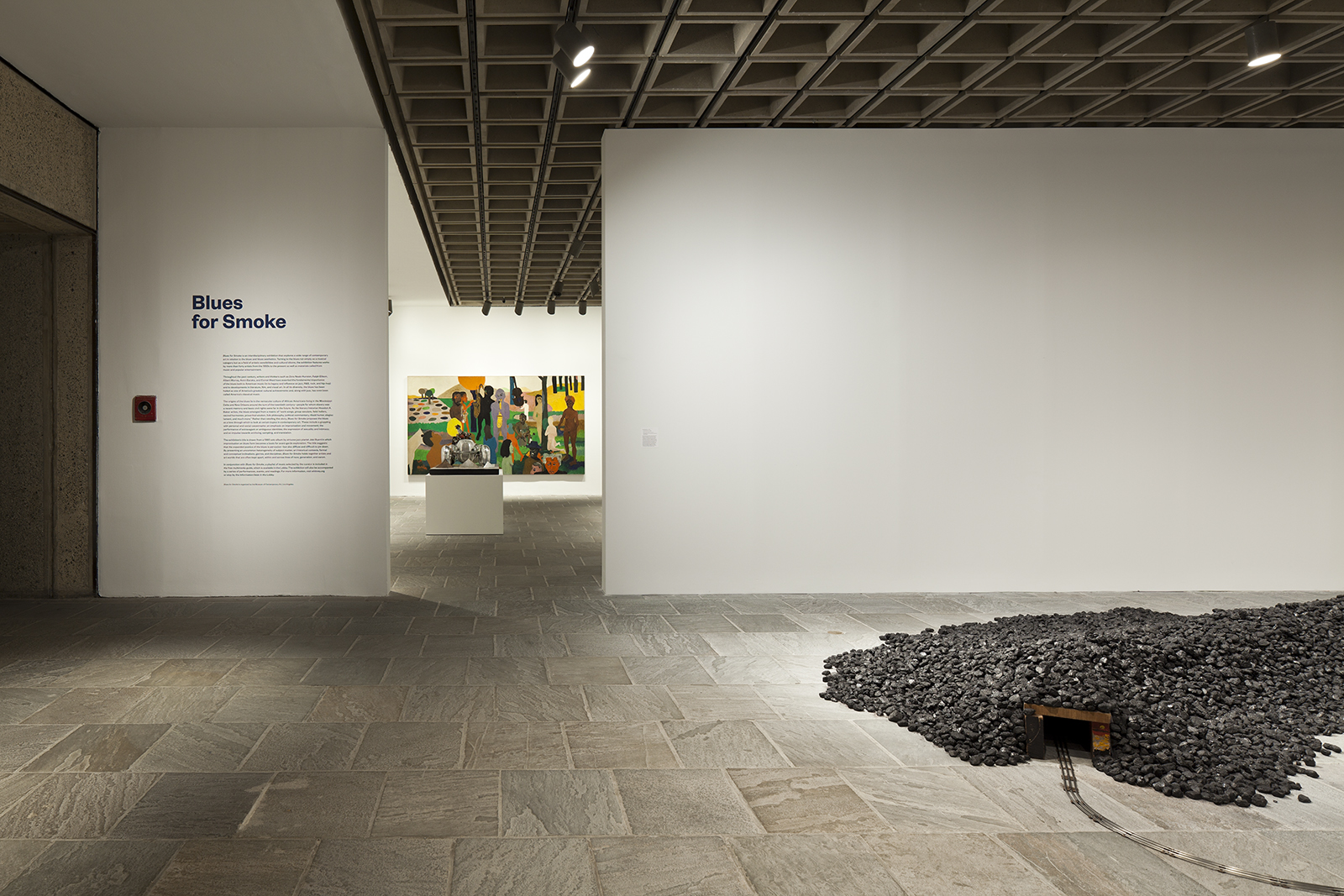 All great music, regardless of the genre, contains hints of the blues at its core. It’s the music of sorrow and triumph, agony and victory, joy and pain. More a set of emotions than a style of music, the blues manifests itself in all forms of expression from literature to art. “Throughout the past century, writers and thinkers such as Zora Neale Hurston, Ralph Ellison, Albert Murray, Amiri Baraka, and Cornel West have asserted the fundamental importance of the blues both to American music (in its legacy and influence on jazz, R&B, rock, and hip-hop) and developments in literature, film, and visual art. In all its diversity, the blues has been hailed as one of America’s greatest cultural achievements and, along with jazz, has even been called America’s classical music.”

It is on this basis that the exhibition Blues For Smoke – curated by Bennett Simpson and organized by the Museum of Contemporary Art, Los Angeles – is set: “Blues for Smoke is an interdisciplinary exhibition that explores a wide range of contemporary art in relation to the blues and blues aesthetics. Turning to the blues no simply as a musical category but as a field of artistic sensibilities and cultural idioms, the exhibition features works by more than forty artists from the 1960s to the present as well as materials culled from music and popular entertainment.”

Currently showing at the Whitney Museum of American Art in New York, Blues for Smoke, named after jazz pianist Jaki Byard‘s 1960 solo album of the same name, contains more than 90 pieces – photographs, paintings, videos, drawings, sculptures and installations – laid over the museum’s entire third floor and some of its first floor.

Upon entry, visitors are greeted by Beauford Delaney paintings, “Portrait of Charlie Parker,” “Portrait of a Young Musician,” and “James Baldwin,” and drawings by Jean-Michel Basquiat. Among the most interesting selections is Renée Green’s Import/Export Funk Office, a multimedia installation that encompasses all that the exhibition sets out to convey: “Blues for Smoke proposes that certain topics in contemporary art might be understood through and animated by the prism of the blues. These include a grappling with personal and social catastrophe; an emphasis on improvisation and movement; the performance of extravagant or ambiguous identities; modes of abstraction and repetition; the expression of sexuality and intimacy; and an impulse towards archiving, sampling and translation.” Import/Export focuses on how African-American culture has been imported and exported in popular culture throughout the world. In doing so, there’s everything from copies of The Source to Eldridge Cleaver’s Soul On Ice to Dr. Dre, Public Enemy and De La Soul cassettes. It breaks down words used through the African-American lexicon such as “funk,” “juice,” “rap,” “word,” etc. 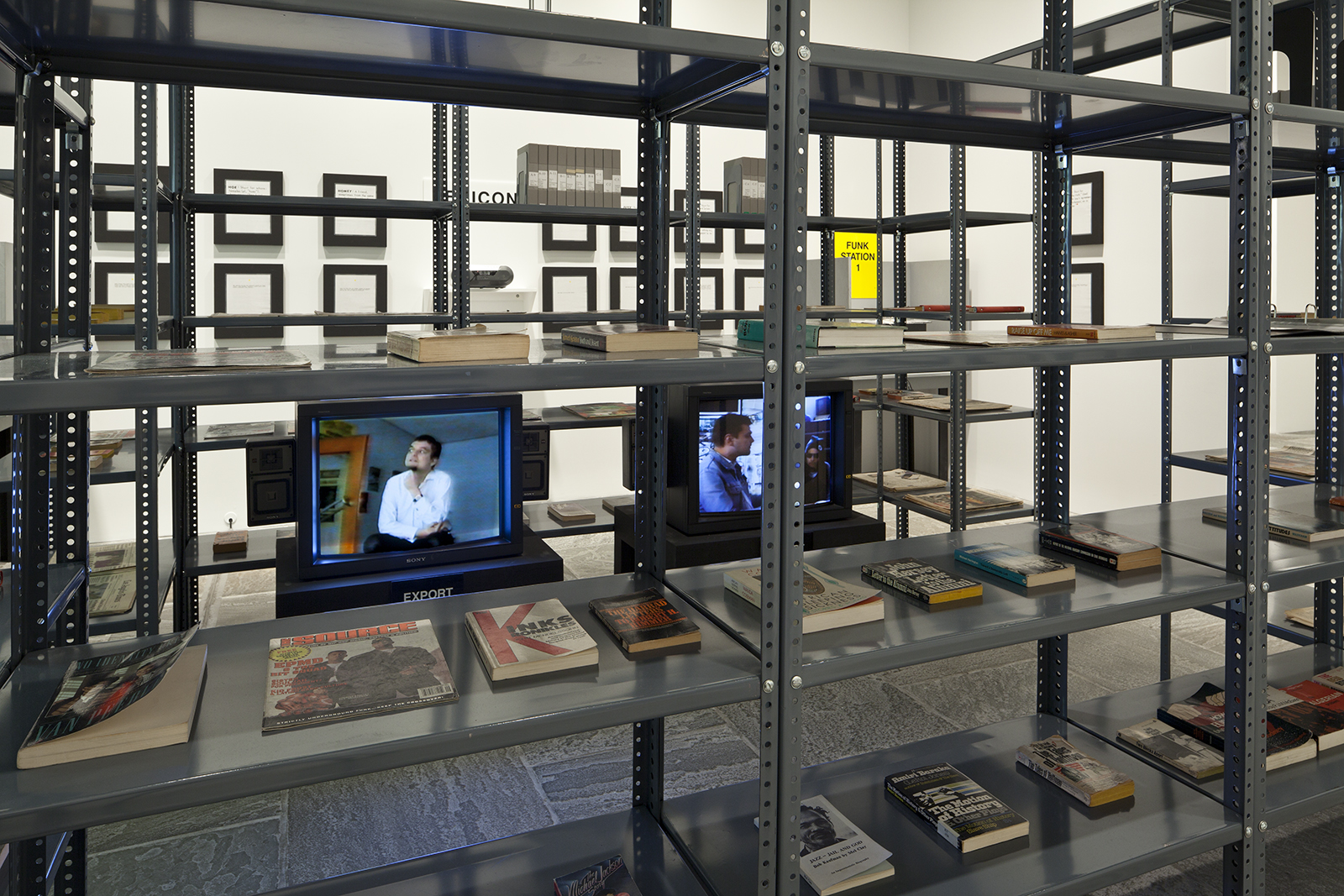 David Hammons’ Chasing the Blue Train is another standout. As John Coltrane‘s classic Blue Train album plays on several different boomboxes and weaving train tracks lay on the ground, there is a pile of coal at the beginning and a blue train sitting opposite. Glenn Ligon‘s (who also helped conceive and develop Blues for Smoke) “No Room” paintings, Rodney McMillan’s Asterisks installation and Zoe Leonard’s Blue Suitcases installation, Kori New Kirk’s Yall installation are all poignant, too. To be sure, every piece is great and significant in its own right. 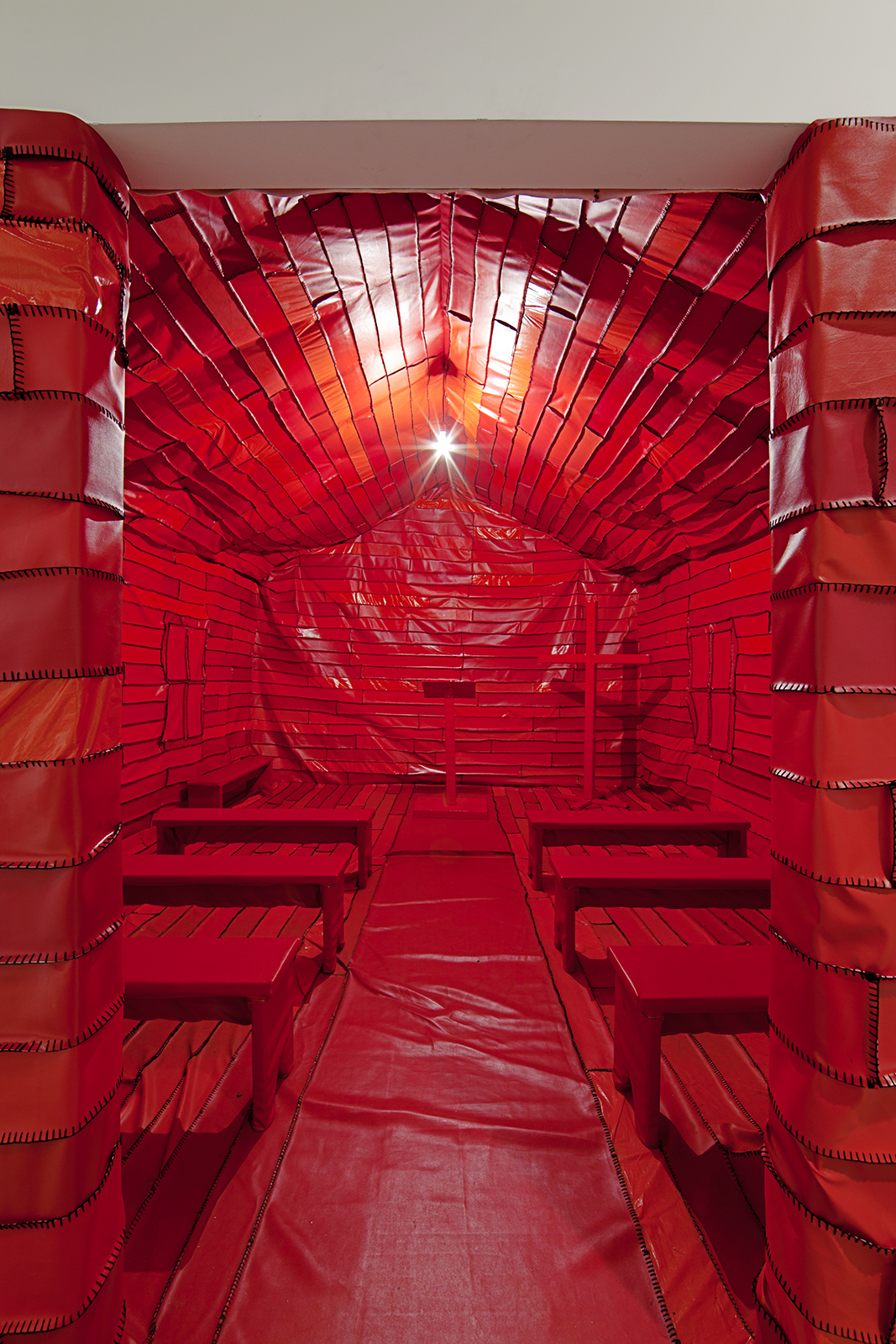 “By presenting an uncommon heterogeneity of subject matter, art historical contexts, formal and conceptual inclinations, genres and disciplines, Blues for Smoke holds artists and art worlds together that are often kept apart, within and across lines of race, generation and canon.”

Blues for Smoke will be at the Whitney Museum through April 28th.