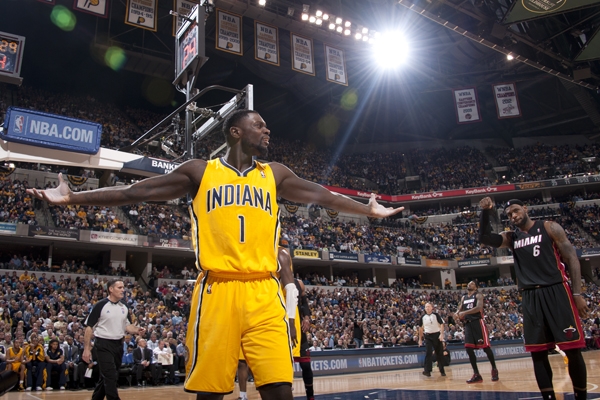 Early on in the 2013-2014 season, Lance Stephenson was a frontrunner in talks of the NBA’s Most Improved Player and the Indiana Pacers were arguably the best team in the league. Coming down the stretch, they found themselves struggling to maintain that status, but scraped together enough wins to hold off the Miami Heat (who have knocked the Pacers out of the Playoffs two years in a row) and earn the top seed in the Eastern Conference. They narrowly escaped the Atlanta Hawks to avoid a major first-round upset, and are now en route to knocking off the Washington Wizards.

For what it’s worth, Stephenson’s numbers have been consistent all season and quality play from him is as critical to the Pacers’ success as anyone else on their roster. Bumps in the road like the Pacers have endured this season, and grinding past them, are nothing new for “Born Ready” though, whose ups and downs have been highly publicized tabloid material since he was a teen prodigy. A top prospect in high school, his on-court attitude and off-court baggage hindered his recruiting. Eventually, he landed at the University of Cincinnati, not the powerhouse destination one would expect for someone who finished their prep career at Lincoln High School in Brooklyn (home to NYC hoop legends Stephon Marbury and Sebastian Telfair) as the all-time leading scorer in the history of New York State and with four city championships.

His dicey reputation then turned him into the Pacers second round pick (40th overall) in the 2010 draft, a decision understandably questioned by many. Seldom seeing the floor in his first two seasons, he emerged last year as a surprising contributor for the Pacers, especially as Danny Granger was lost for much of the season due to injury. Now he’s a 6-foot-5 stat sheet-filler who led the league with five triple doubles this season. A year ago, he was good for 8.8 points, 3.9 rebounds and 2.9 assists per game. This season, the digits have jumped to 13.8, 7.2 and 4.6 on 49 percent shooting. The game has slowed down for him.

“It’s just learning the game and watching the guys who were in front of me,” Stephenson said before a regular season game back in April. “Just getting with the coaches and learning my defensive assignments, and knowing when to go on the offensive end. It just took awhile, it took me about two years to actually get it, but it’s helping me this season.”

“He’s become a heck of a basketball player,” Pacers coach Frank Vogel added. “He plays within himself for the most part on the offensive end, and he’s learned defensive discipline which has allowed his minutes to grow and his talent to shine.” 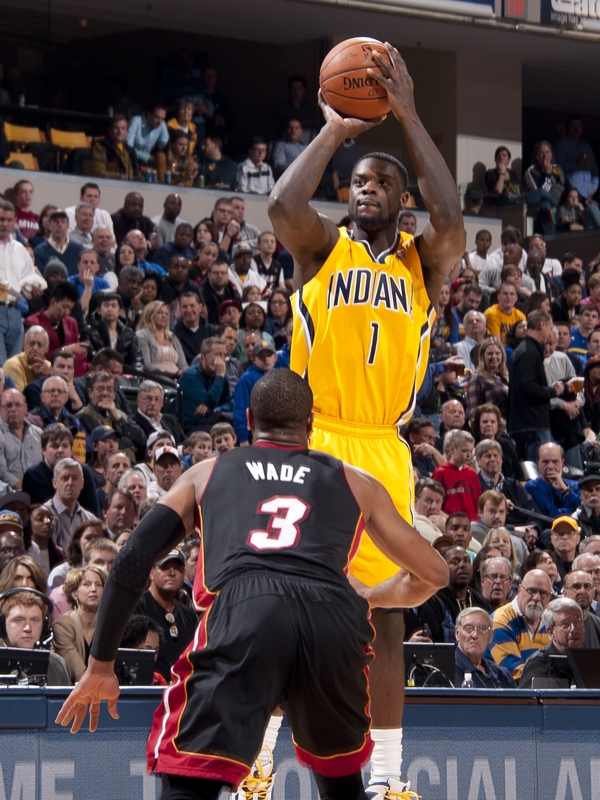 Stephenson has grown into an effective, efficient player at both guard spots, threatening in a number of ways. He finished 67 percent of his shots in the restricted area during the regular season and better than 43 percent in cutting, transition, isolation, pick and roll, post up and spot up situations, according to NBA.com and Synergy Sports. He’s also a solid, aggressive defender and a great rebounder. In Round 1 of the playoffs against the Hawks, he averaged 15 points and 9 rebounds.

Self-motivation is critical, but equally important for young players in the NBA is simply being in the right place at the right time. In Indiana with Vogel, team president Larry Bird and quality teammates, “Born Ready” was in an optimal situation with an organization that was patient and believed in him. Ultimately, no, he wasn’t born ready for the league, but the Pacers – who nurtured Granger and current star Paul George to “Most Improved Player” awards in 2009 and 2013, respectively – have helped him get there.

“The people that have been put around me make the game easier for me,” he said. “Confidence and your teammates believing in you is probably the biggest thing in being successful on a team. If nobody believes in you, you don’t feel like you need to take that shot. When I found out my teammates believed in what I can do, and I had the confidence in myself that I could go an make a play for somebody, that’s when I became the guy I am now.”

“He’s gotten better,” said Pacers forward David West. “It’s been a steady process with him. He’s still young, he still has a ways to go in terms of his everyday, but I think his game preparation and him figuring out ways to be successful has really helped this group. It’s pushed us along in terms of depending on him to shoulder a lot of the responsibility and being one of the guys that we depend on night in and night out.”

He hasn’t shaken what’s made so many doubt him – he can still have some erratic moments – but he’s channeled it and turned it into positive playmaking energy, something much-needed on an otherwise bland Pacers team. The God-given ability was always there, as was the flash and flare developed in elite camps and New York playgrounds. It was the patience and maturity that were missing.

“Coming from New York, especially when you’re with the older guys – or anybody in you age group – you feel like, ‘Man, I’m better than you.’ That’s the mentality that I have. I feel like when I’m on the floor, we’re all equals and I’m just as good as you or better than you. I just take that to the game every time and go at everybody.”