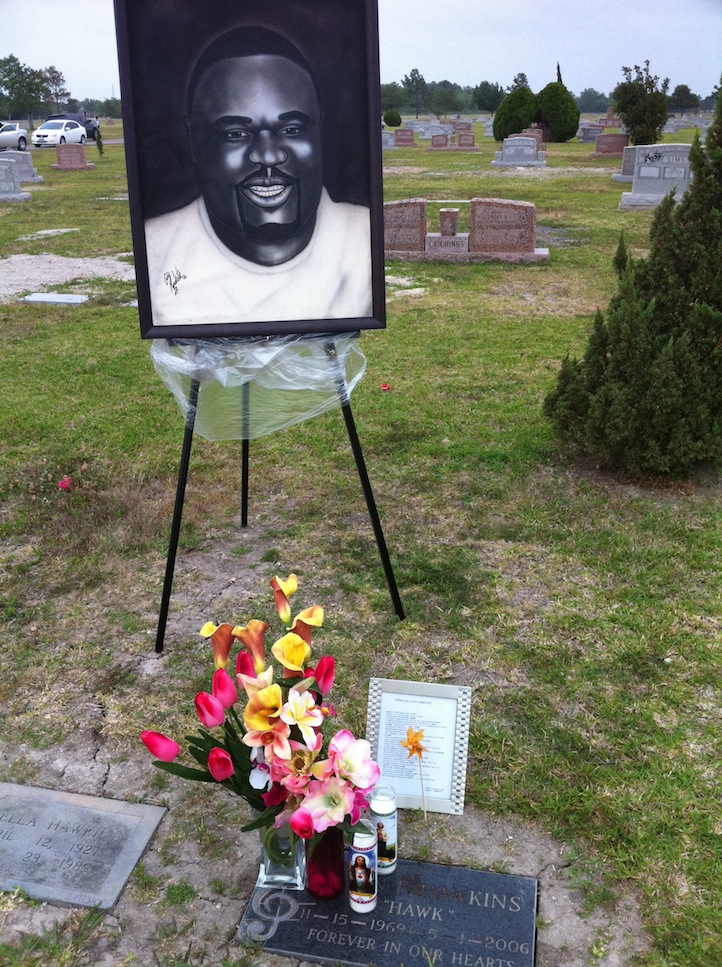 “Yesterday was May 1, 2011. For most people, it was just another day. In many countries, it represented International Workers Day, or Labour Day. Here in the city of Houston, this date carries extra significance. It was five years ago today that John “Big Hawk” Hawkins, a member of Houston’s Screwed Up Click, was murdered. His loss was felt by all in Houston’s hip-hop community, as he was well known and loved for his honesty, upbeat attitude and peaceful character. Tragically his own brother, Patrick “Fat Pat” Hawkins, a fellow member of the Screwed Up Click, was also murdered just a few years prior. To this day, Hawk’s killer has never been found. We are saddened by his passing, but we are encouraged by his memory. He is survived by his wife and two sons. I think I speak for all SUC fans, as well as your family and friends, when I say we miss you Hawk. R.I.P.” – Bun B