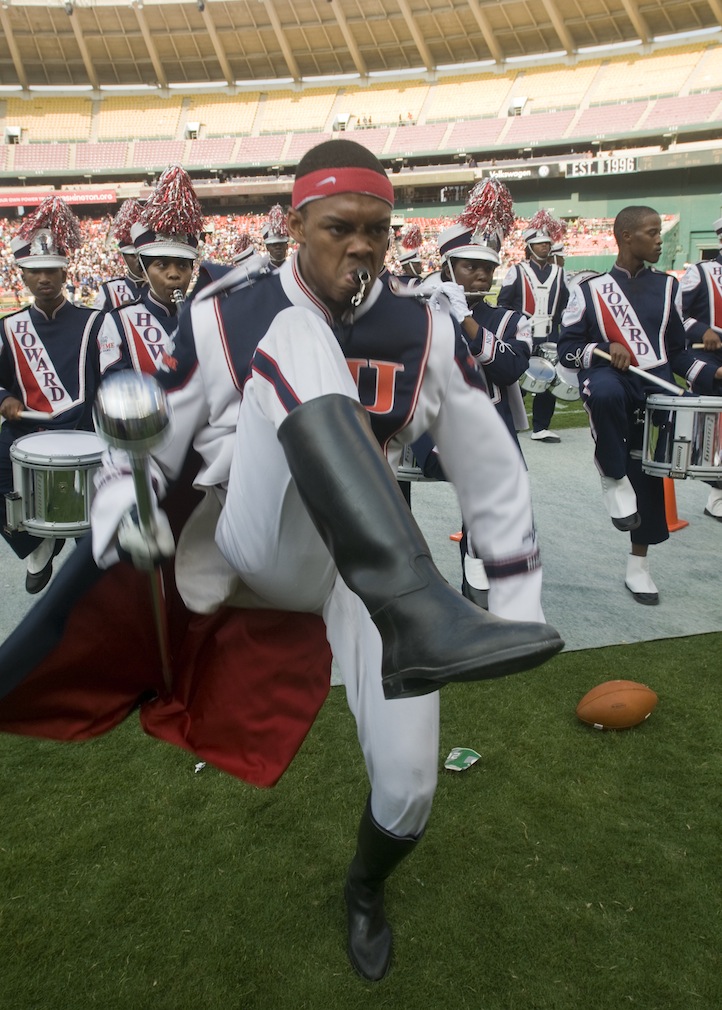 College football season is ready to kick off this weekend. While football fans can’t wait to see powerhouses such as LSU, USC and Alabama battle on the gridiron, another battle between the end zones where shoulder pads are exchanged for trumpets has become bigger than the game on the field. At most football games, halftime is normally considered the time where you get a break from the action in order to grab some snacks and use the restroom. But for Historically Black Colleges & Universities, halftime is when the real game starts. On September 1, the 2nd annual AT&T Nation’s Football Classic will emanate from RFK Stadium in Washington, DC as the Morehouse College Maroon Tigers and the Howard University Bison clash in their NCAA football season opener. However, the spotlight will be on another set of teams when the 1st half ends as Morehouse College’s “House of Funk” and Howard University’s “Showtime” marching bands duke it out for HBCU supremacy.

The magic of the HBCU marching bands has long been the real attraction at HBCU college football games and Saturday evening will be no different. But when exactly did the halftime interlude get so popular?

In 1946, the marching band at Florida A&M University (FAMU) went from the old militant style to high octane dance and entertainment under the tutelage of Dr. William Foster. The experimental style caught fire in the South and other HBCUs began adopting the style. The HBCU tradition had its first taste of national exposure when Grambling State University’s band performed at halftime in the first NFL Super Bowl in 1967. Since then, the halftime spectacle has become a must see event and is affectionately called the “5th Quarter.” Saturday’s event will continue the tradition as both Morehouse and Howard are seeking bragging rights.

“I have been thinking about what our halftime show was going look like since last year’s game,” says Blake Gaines, Director of Bands at Morehouse College. The appropriately titled “House Of Funk” has received national recognition as they have performed at the Super Bowl XXXIV pre-game, The Today Show and at the annual Mardi Gras celebration in New Orleans while also be featured in the film Stomp the Yard. “I can guarantee that this year’s performance will be tear-jerking, dramatic and exciting.” 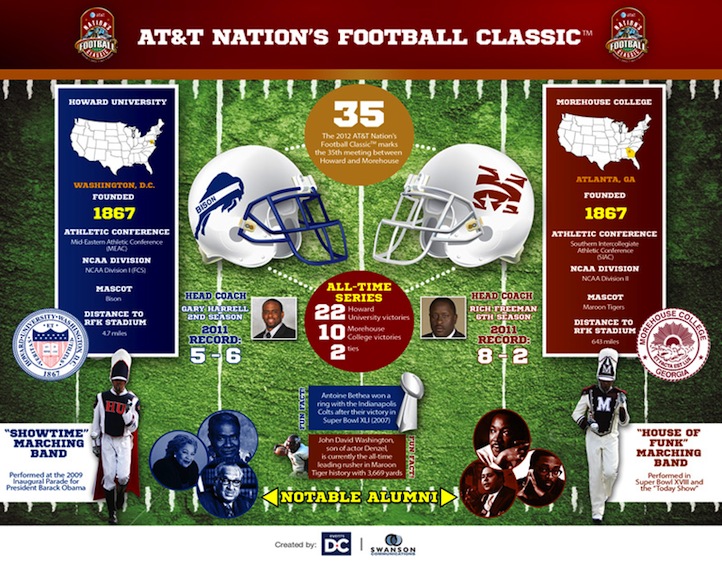 On the other side, Howard University’s marching band have also made a name for themselves. With Director of Bands John Newson at the helm since 1986, “Showtime” has also performed in its fair share high profile events including NFL games and a noteworthy performance at the 56th Inaugural Parade of President Barack Obama. “We are always looking for new ways to take our performances to the next level,” says Newson. This year’s edition of “Showtime” is 75% freshman who will be performing in their first performance and halftime show. But Newson isn’t worried that the weight of the event will overwhelm his crew. “They are anxious to see what they can do in front of a large crowd at a college level. I just want my band to put on the best show possible.”

As big as the marching bands have become at the HBCUs, the tradition’s image was badly bruised when the death of Florida A&M University drum major Robert Champion at the hands of his fellow band mates was thrust into the national spotlight. During an illegal initiation practice commonly known as “hazing,” Champion was pummeled to death by band members on a charter bus following a game against a rival school on November 19. It was the night that the 26-year-old was supposed to “crossover” and become fully initiated into the band. His death sparked a nationwide witch hunt that scoured HBCUs across the nation to find out just how long hazing had been in practice.

It was the wrong kind of spotlight for HBCU marching bands to attract considering how important they have become to the students and the tradition of Black colleges across the nation. Although the incident rocked the nation, Newson says that all HBCUs have been steadfast in making sure this type of incident doesn’t happen again. 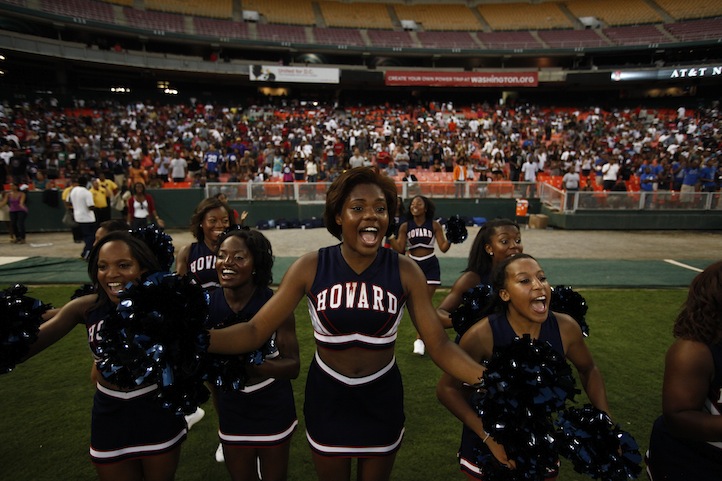 “It was not only a wakeup call for every HBCU across the country, but the students also saw the negative effect it had,” Newson says. He explains that band directors across the country have been involved in multiple meetings to come up with remedies against hazing. Anyone who wants to be a part of “Showtime” has to sign a “no hazing” contract with strict consequences (read: expulsion) for assaulting, or being assaulted at the hands of other band mates. “A lot of the students have gotten away from hazing. We’ve been blessed that it’s not going on at Howard and I hope it stays that way. Robert Champion died doing something he loved and felt he had to go through some kind of initiation to be a part of it.”

Despite the turmoil Champion’s death caused, HBCU bands remain a popular part of the Black college experience. Saturday’s game is no exception as all of the stops are being pulled out to ensure that this event will be a memorable one. Aside from the huge rivalry matchup between bands and football teams, a kickoff rally hosted by Farnsworth Bentley and Wendy Raquel Robinson of BET’s The Game will take place Friday evening featuring a performance by Wale. On Saturday, Morehouse and Howard will take the field for pigskin supremacy. And it all leads up to the halftime show where “House of Funk” and “Showtime” plan to leave it all on the field.

“[House of Funk] is definitely not coming up [to Washington, D.C.] to shake hands,” says Director Gaines. “Just as much as the football teams are preparing to play their game, we are there to play ours. This is a put up or shut up situation.”