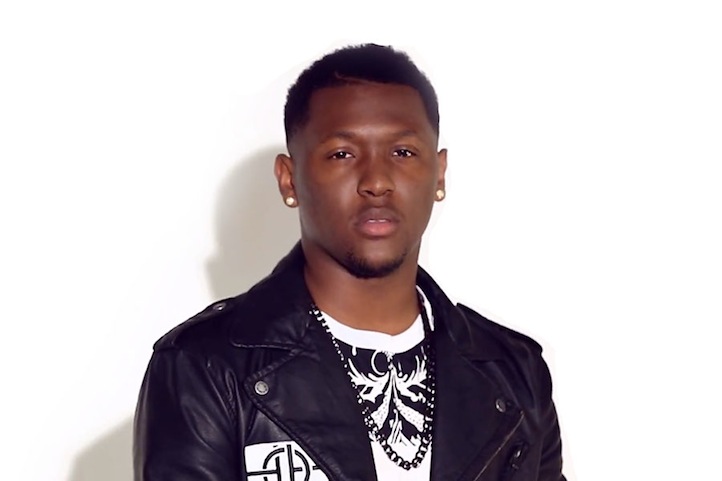 Pull any handful of hits over the last few years, and chances are Hit-Boy’s sonic DNA is all over many of them. Since his early teens, Hit-Boy has been pounding the pavement, perfecting his artistry as a sometimes-rapping-always-producing mastermind. Of course his breakout single is arguably 2011’s colossal “Niggas In Paris” off Watch The Throne. That home run has offered Hit-Boy a number of new opportunities, but it’s still not enough. A true musician, he strives to one day curate an entire album with his vision and until that day comes then there’s still more work to do. Life+Times checked in with Hit-Boy during one of his many multi-hour studio sessions and he spoke at length about his career path, looking to Scott Storch as production inspiration, and what we can expect from hip-hop and pop’s it producer.

Life+Times: So you’re like the hardest man in the music industry to get a hold of…
Hit-Boy: You know, I’ve heard that before [laughs]

L+T: How long has that been going on?
HB: Man, for the last 13 years [laughs]. Since I started making music, I’ve been doing it every day. Nonstop.

L+T: Do you feel like your studio time has increased since your career blew up or has it become bigger projects with less studio time?
HB: Well for me, it’s not where I’d take more time on any specific thing. Anything I do – like especially now, I’m finally barely getting to the point where people are letting me produce for them and I’m not just sending beats to them. People are actually respecting my mind, which is a big thing for me. This is something I’ve been working towards for years, actually getting into the studio and creating from scratch – just building more than just a beat for people. I’m trying to give people a whole vision and just be a visionary with it more so than being just a producer. Being an artist helped me a lot with being a producer. Making songs, making songs better and having an opportunity to really challenge myself and challenge artists I work with too to make better stuff.

L+T: Funny you should say that because we’re currently in a setup where many producers will send over beats as opposed to demanding that actual face time. How do you think that affects Hip-Hop?
HB: The thing is, I was always capable of doing the things the people see that I’m capable of doing now. Nobody knew me, so I had to be that guy sending beats just to get my name out there. It’s nothing against that. That’s totally fine because we’re just living in a new age now where everybody’s not gonna take the chance to just get in the studio with any producers. Some people do have to send beats. I had to send literally thousands of beats to different people to get my name up, and I’m finally getting to the point where I can produce. There is a big difference though, because all of the best albums of all time were not made by just piecing ten songs together all by different producers. All of the best albums of all time – which is something that I don’t get why people don’t see – they were made by a core team of people who really fucked with each other, really cared about each other, and wanted to see the culture go forward and wanted to see each other go forward. I’m not into just sending beats anymore. I have beats that I’ve been making for years and years, so I have enough beats to send but it’s just a better experience. I feel like you get more out of it in the studio with the artist and help them paint the vision.

L+T: Is there a certain formula for you when it comes to making Hip-Hop beats versus pop beats?
HB: Man, to me it’s all music. I don’t really have a genre or think about genres, I just focus on what’s gonna make people feel good. What’s gonna challenge the ear to make people not hear the same shit that everybody else is doing. I’m trying to find sounds and little ways to put things in ways that people haven’t heard before every single time. It’s just about quality, bringing it back to when music was an experience. It’s gotten to the point where artists and producers make the same shit over and over and over and fucking over. It’s frustrating for me sometimes when from Day One I’ve been constantly trying to make every single beat sound different. That’s just something I’m trying to continuously push until people take notice.

L+T: Well – and this is a compliment – you really don’t have a signature sound…
HB: Yeah, and that’s awesome. That’s been my plan since Day One. One of my favorite producers ever, Scott Storch, his movement was one of the realest to me because when he was out he was doing different songs for different people. He broke Beyoncé, he broke Chris Brown, he brought Christina Aguilera back by doing multiple songs on these people’s albums. As soon as I get my shot – which I haven’t gotten yet – to really put somebody’s whole shit together, then people are gonna see what I’m made of. So until then, I’m gonna continue on my path, working with myself and working with Audio Push, K. Roosevelt, my artists and push those boundaries until we get noticed. I’m gonna change the game.

L+T: It’s crazy that you’re one of the “IT” producers, yet you still feel like you’re waiting for that shot…
HB: I guess that’s just how I’ve always been. I’m very aware of the things I’ve accomplished, and I’m very appreciative, but I’m so far away from where I want o be. I get to have dinners and kick it with people like JAY Z and stuff like that. I want to be on his level one day, and I feel like I for sure can. I’m very far away from that right now. I’ve just gotta keep working to get to that point. I see myself being at the caliber one day, so I’m not stopping until I get there.

L+T: For those that don’t know, how did you first meet JAY Z?
HB: Kanye. Well first I met Kanye through Pharrell back in 2007. Then I was re-introduced to him by [Kanye’s] cousin Ricky Anderson back in 2010 when I did “Christmas In Harlem.” So yeah, I met Jay through Ye [laughs].

L+T: Ah, so that explains Watch The Throne…
HB: Yeah and Magna Carta. Yeah man, like Hov just always fucked with my energy and fucked with me since the minute we met, and it’s been good.

L+T: So how many times have you been asked to make another “Niggas In Paris” beat?
HB: Man, every single session, basically [laughs]. It’s to be expected because there’s a whole energy to it, like just the song and just the beat. There’s a whole movement behind it. People lost their fuckin’ minds when they hear that song, so people want to recapture that feeling. I’m able to do that. So I’m working with a lot of different people now, and I’m able to do what I really wanna do. Every time I do that, I win. I progress. The stuff I’m working on now I’m super excited about because I feel like I had a real hand in it. I feel like it’s gonna be my best stuff yet.

L+T: What’s Britney Spears like in the studio?
HB: She’s cool! The sessions we did were a while ago. I haven’t seen her since, but what we did in the studio, it was good. We did a record, and we just went through some ideas. I don’t know if anything’s gonna end up anywhere, but it was a cool vibe when we worked together.

L+T: How about Drake? What’s he like in the studio?
HB: Drake is super chill, he’s cool. He knows exactly what he wants. He’s 100% the pickiest artist, like as far as when it comes to beats [laughs]. I’ve never met an artist who is so in tune with what his voice is going to sound right over, so you play him the shit you think is the best beat of all time, and he’ll be like, “That’s not really it. That’s not what I’m looking for.” Sometimes it’s frustrating, but hey man, his projects are awesome and I know the ideas we have in the pipeline – wherever they end up – they’re amazing. The world needs to hear them.

L+T: You’ve been making music since you’re 13-years-old right?
HB: Well that’s when I really started to take it seriously, writing songs and stuff like that. Then I started making beats at like 16, so yeah I’ve been making beats for like ten years, writing for 13 years.

L+T: Were you like a child prodigy or something?
HB: [laughs] Nah, none of that. Because I was so focused on music, I honestly… when I turned 14, I was like THIS is what I wanna do. I didn’t know how it was going to happen. My teachers would like tell me it was an impossible feat, and it’s just like one in a million, nobody ever makes it in music. I just knew I was gonna make it. I wasn’t even that good at the time. I always had a belief in myself though.

L+T: A personal favorite of mine is the beat you made for A$AP Rocky’s “1 Train”…
HB: When I made “1 Train,” I was at my mom’s crib and I was feelin’ that Wu-Tang vibe and shit, and I just made a beat that the actual RZA could’ve been rapping on or the actual ODB could’ve been rapping on and it would sound organic and natural. Just having an opportunity to connect with somebody who’s at the forefront of bringing East Coast New York music back, and giving Rocky that beat was an amazing thing.

L+T: Is there a particular beat that you feel the most connected with, like “This one is my baby”?
HB: [pauses] Man…sheesh. [pauses] My very first placement is going to be special to me. It was Jennifer Lopez’s song called “Forever” off her Brave album. I was 19-years-old. I started off working with J-Lo and all these pop acts, so I was already cut from a different cloth. I’ve worked with a wider range of artists than other producers people have compared me to.

L+T: So how do you make hit singles on the regular like that?
HB: I just have fun with it. I’m a music fan first before anything, so even when I’m making my own stuff, I make it as a fan. I try to make shit that I’d really like to listen to.