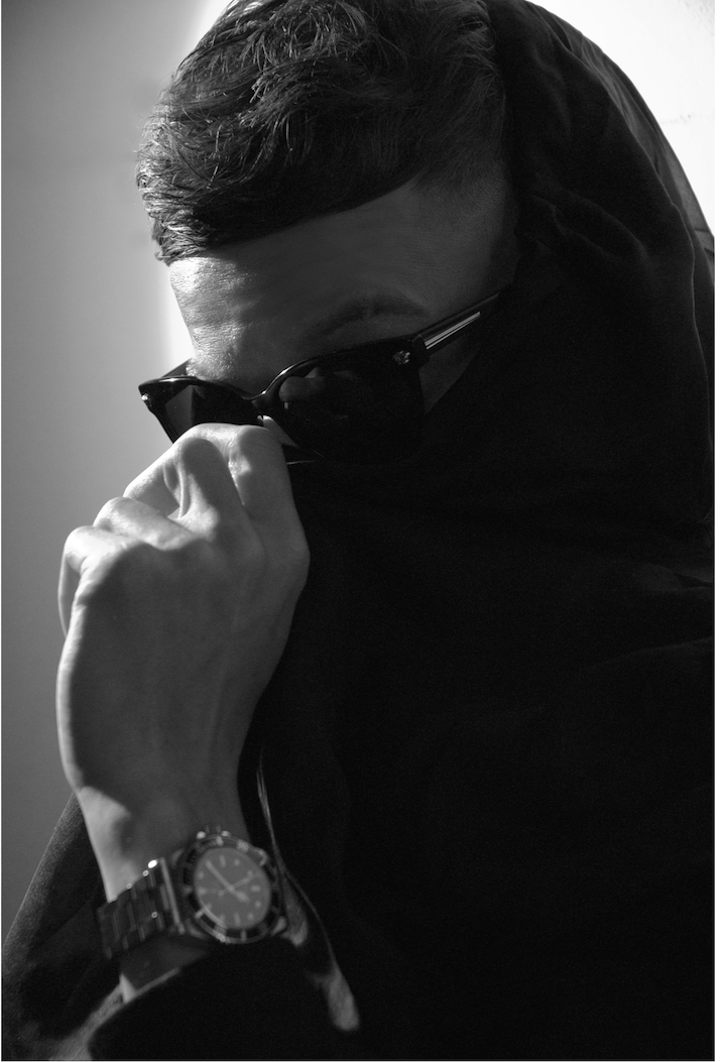 Much like MF Doom, British producer ZOMBY has become somewhat of an urban legend. Whether it’s the amount of music he records, the outfits he DJs in or whether that’s even him you see playing to a crowd of partygoers, there’s nothing that can really be proven about the enigmatic artist. For most, that’s part of his appeal. For ZOMBY, it’s the way he wants to be known – simply for his sound. Life + Times recently caught up with him to talk dubstep, the rave scene and getting on with Animal Collective‘s All Tomorrow’s Parties line up.

Life + Times: Who are you?
ZOMBY: The Bad Batman, Evil Superman, Dr. Doom, The Joker and Lex Luger.

L+T: How long have you been making music?
ZOMBY: My dad was a songwriter so ever since, I guess. I can remember hitting keys and asking what things to do etc., but I caught my own wave around 2006.

L+T: Would you call your style “dubstep”  or is that something that’s been heaped on you?
ZOMBY: Everything coming out the UK instrumentally since 2005 is deemed dubstep regardless. Really, it’s not something I worry about. I like certain artists and whatever, I don’t deal with genres so much.

L+T: You’re on Animal Collective’s All Tomorrow’s Parties line up later this month. How did that come about?
ZOMBY: Since I released Where Were U In 92? in 2008, they’ve been contacting me about working together and playing shows so it happened pretty naturally I guess.

L+T: What was the first record you ever bought?
ZOMBY: Fuck knows. Probably something by Prince. “Gett Off” or “Cream'”or something. By the time I was out shopping with my friends, buying records, it was the era of hardcore. We’d spend most days in record shops and in front of Technics [turntables].

L+T: What do you use to make your music?
ZOMBY: Amnesia haze… Lemon haze… Silver haze… Blueberry cheese, etc.

L+T: What’s the most interesting event you’ve played?
ZOMBY: I love Europe, but LA was cool. Moscow is a gnarly city.

L+T: If this was the early 90’s rave scene, how would be people have discovered your music?
ZOMBY: Same as now. I make it, it goes on pirate radio and raves, and people buy it. It’s still the same interaction. Just now with the internet, the format to buy is mp3 but that makes no difference to the journey of the music.

L+T: You’re one of the most private artists out there that uses the Internet as a medium. How is that possible?
ZOMBY: Well, I don’t socially network on Facebook or Twitter or whatever. I might browse some websites but I dont really socially interact online. Its always struck me as a strange thing to take seriously as its completely unvalidated in any sense of reality.

To Mercy, Pity, Peace, and Love
all pray in their distress,
and to these virtues of delight
return their thankfulness.

For Mercy has a human heart,
Pity, a human face,
and Love, the human form divine.
and Peace, the human dress.

Then every man, of every clime,
that prays in his distress,
prays to the human form divine,
Love, Mercy, Pity, Peace.

And all must love the human form,
in heathen, Turk or Jew;
where Mercy, Love, and Pity dwell,
there God is dwelling too.