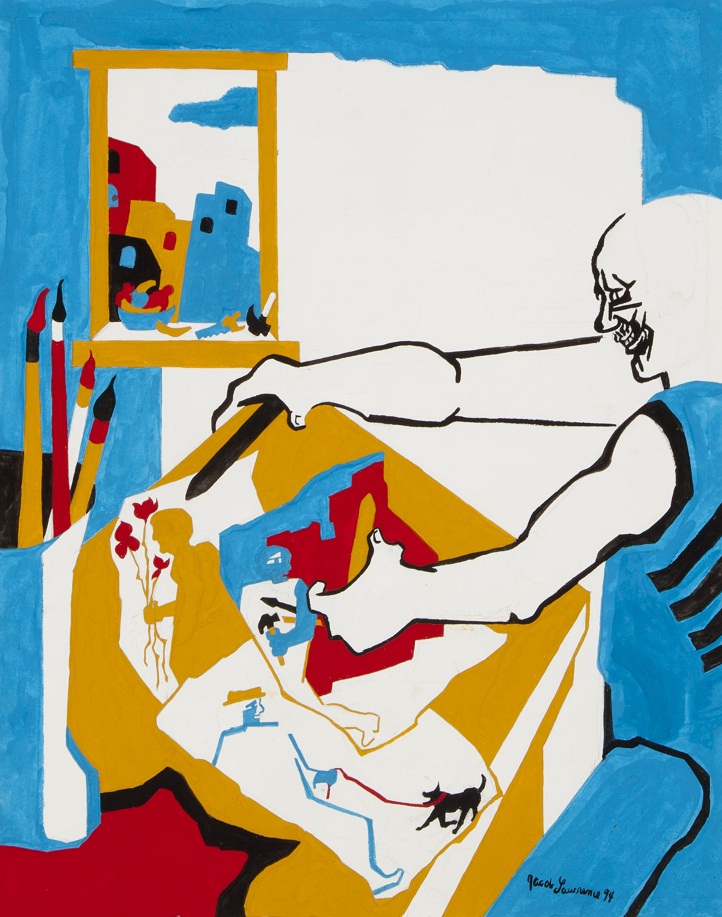 Running online through March 4, Christie’s is celebrating the life and works of Jacob Lawrence. Spanning decades through the artist’s career, from the late 1940’s-1990’s, the online-only sale of Jacob Lawrence: Works from the Collection of the Gwendolyn Knight Lawrence Trust offers a variety of media and themes of work by the important 20th century African-American artist. Lawrence is renowned for his works’ modernist aesthetic that is fused with depictions of everyday realities he observed in his community. The artist’s brightly colored palette and distinctive style is evident in a selection of works available in the sale that balance the twin elements of Lawrence’s art, content, and form. Here, we chat with Liz Sterling, the Head of American Art at Christie’s about the online auction his Lawrence’s work.

Life+Times: Tell me a little bit about the pieces that can be found in the exhibition?
Liz Sterling: It’s a really great cross section of different themes that Lawrence revisited throughout his career. Plus, there are so many different price points within this exhibition. The lowest starts at $1,500 to $2,500 (with a starting bid of $1,200) and the highest piece goes for anywhere between $60,000 to $80,000. That’s the thing about this collection – you can get an incredible drawing for a reasonable price. 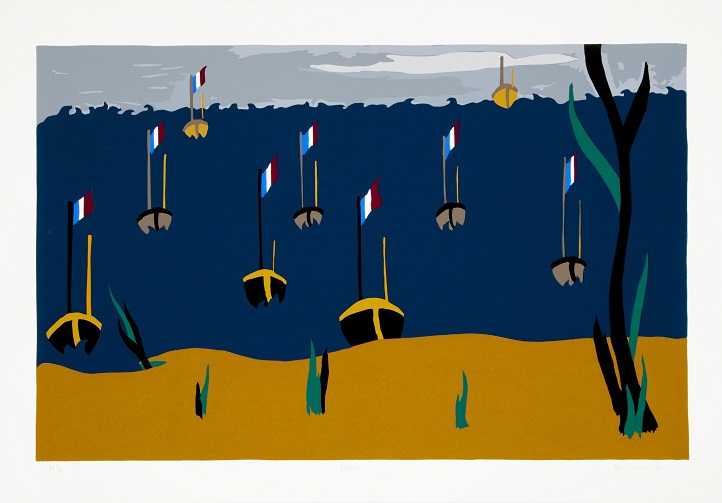 L+T: The pieces were offered from the estate of his wife Gwendolyn Knight. What was this process like?
LS: We felt that a showcase of Lawrence’s art would be a great foray into an e-commerce sale;  a really good starting point. We started with his trust, which is the most extensive and cohesive collection. He’s one of the leading American modernist artists who has such broad appeal. Collectors all over the world appreciate his art and he’s in all the major museums as well. He has such a recognizable name, so that’s part of the draw as to why we wanted to work with his pieces.

L+T: What were the initial conversations like?
LS: We had a great conversation with our contact at the Estate and we wanted to have a large enough critical mass to represent different areas of his work, as well as a way to focus on his vast themes. Crucial to the commerce aspect are the gauches and these profile his powerful works in terms of color. We also have many sketches. These are important in understanding his works. Prints and print making is also an important aspect of his career. A lot of his creations have been reproduced as prints, and these are very recognizable images. 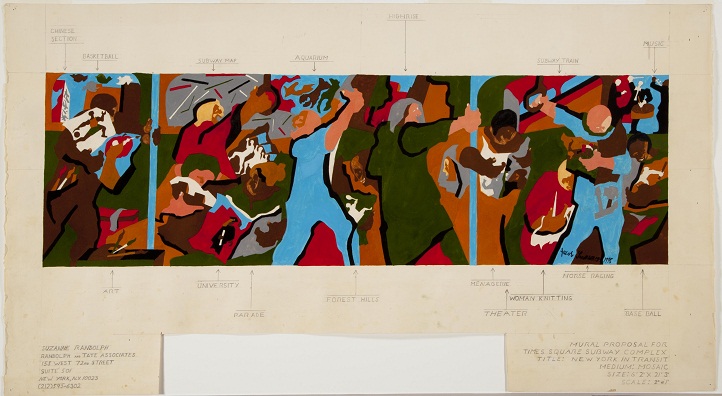 L+T: Tell me a little bit about the subject matter that can be found throughout this collection?
LS: We really tried to showcase key themes that Lawrence revisited throughout his career. The “Builders” was a huge theme for him as it showed the idea of struggle. We also wanted to spotlight the game series that he did. Lawrence was interested in his local community.

L+T: Lawrence was the first African-American artist to have his work accepted into the permanent collection at the MOMA, and a painting from his iconic “Builders” series hangs in the White House today. Why does now seem like the right time to showcase his works?
LS: The field of American Modernism is doing so well right now.  There are a ton of new buyers and all eyes seem to be focused on this period. He was working on themes in the 1940’s that were revisited in both the 1970’s and 1990’s too. 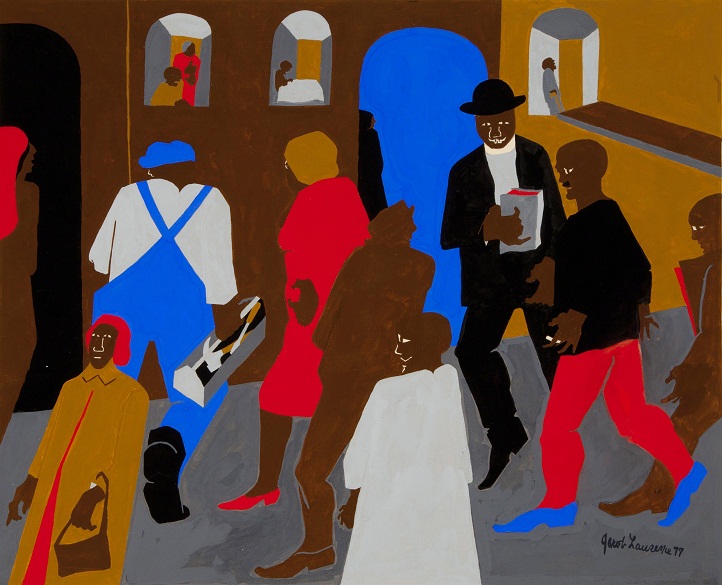 L+T: Tell me a little bit about the artist. I know he’s renowned for his work’s modernist aesthetic. How would you describe his overall aesthetic?
LS: I would say “modern” but what I love about his work is that he’s a realistic painter but he uses abstract tools.

L+T: What do you want people to take away from this auction? What point do you want to drive home about both the artist and his works?
LS: I think our key message that we want to get across is the diverse array of themes throughout his career. Also, it’s important to understand that the idea of contemporary themes are just as relevant today as they were back then. Take the idea of struggle for instance; these notions are incredibly relevant today – when you look at them, they cause you to think about larger issues. 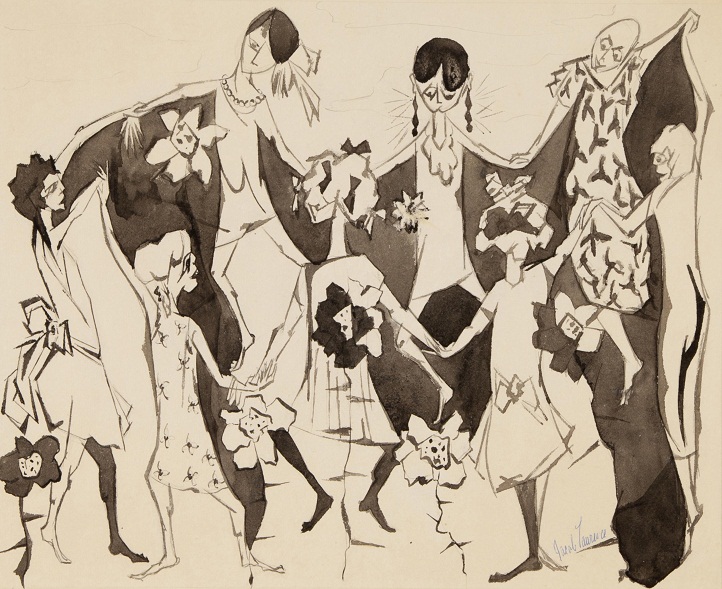