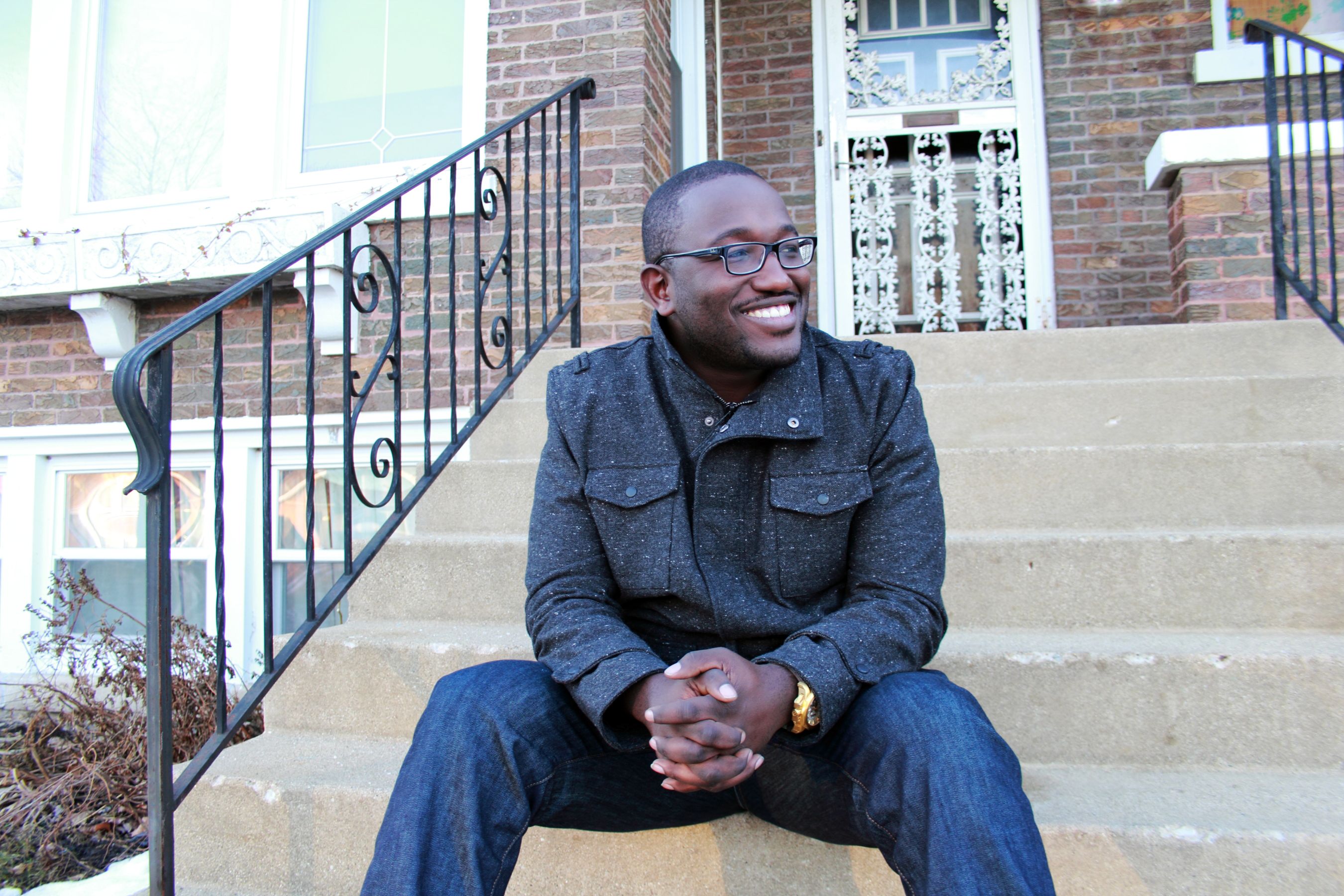 From his recurring roles on Comedy Central’s Broad City and Adult Swim’s Eric Andre Show, to writing for SNL and 30 Rock – in addition to his own standup – comedian Hannibal Buress is a man in high demand nowadays. He’s funny… there’s not much more to it. No magic formula or over-the-top gimmicks, just quality material proving that sometimes less, really is more.

“I just try to do what I think is funny, you know what I mean,” says Buress, a Chicago native. “Most of my stuff now is just my personal experience or my opinion about something, so it’s just my point of view. I might have specific jokes for where I’m at or for certain audiences, but beyond that, I just try to do bits that I think I would enjoy. Stuff that I think is funny, I just try to polish it and make it the best that I can make it. I might talk lightly about politics, but I’m not really trying to change people’s minds about anything. My goal is just about trying to be funny, no matter what I’m talking about.”

Lately, he’s been doing a good job of it, and much of was displayed on his one-hour standup special: Hannibal Buress Live From Chicago, which premiered on Comedy Central on March 29th. Life+Times spoke with Buress about his recent success, writing for standup and TV, directing videos for Chance The Rapper and more. 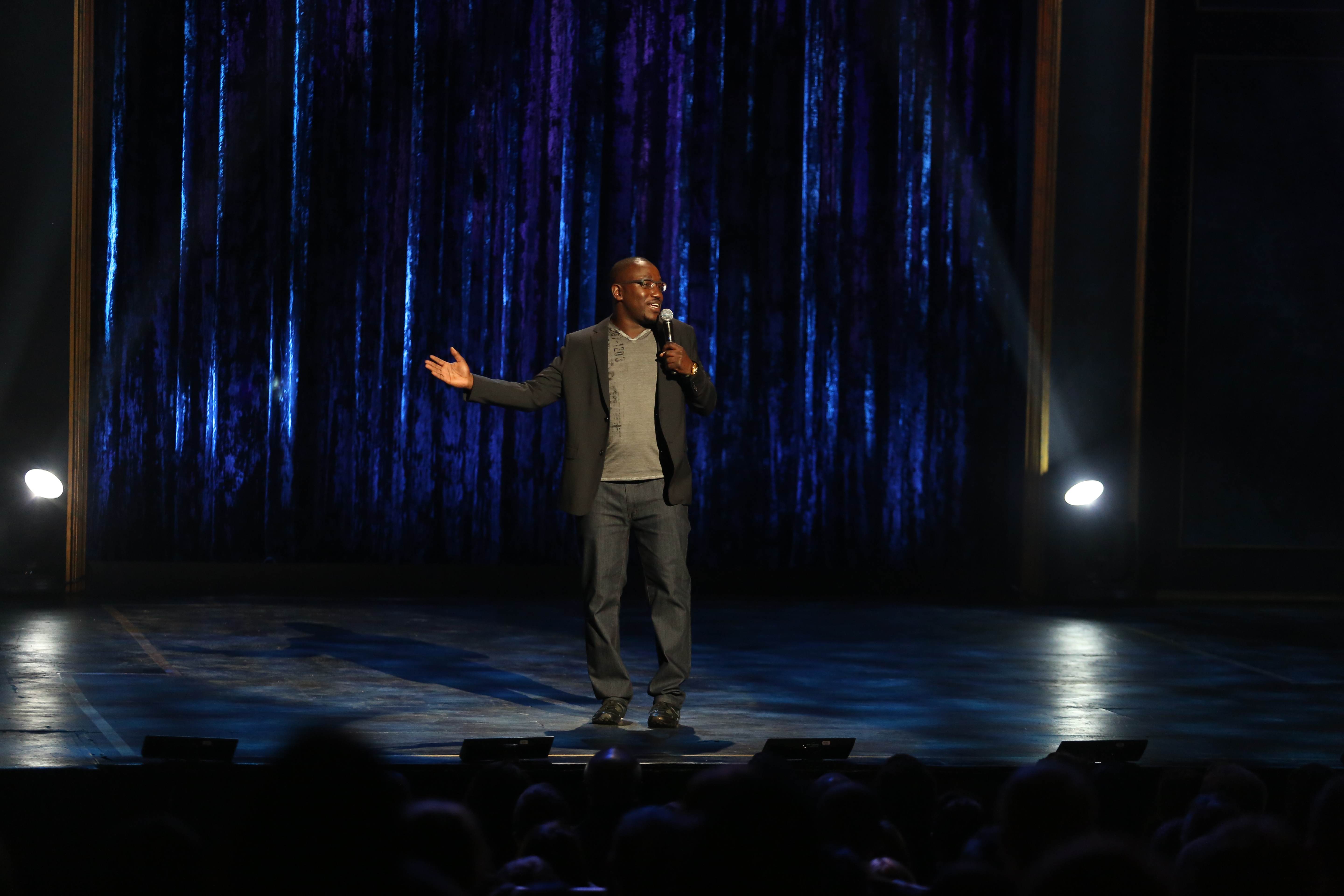 Life+Times: You had the Comedy Central special, you’re on Broad City, the Eric Andre Show, and more. What was the tipping point moment for you as a comedian that put you in this position you’re in now?
Hannibal Buress: I can’t really pinpoint one thing. I think it’s just really a combination of different things. When I talk to my friends or people after shows, the way they found me varies. Some people found me listening to Pandora; some people saw my specials; some people it’s been the Eric Andre Show; a lot of people now are saying Broad City. It’s a combination of things, I can’t really pinpoint one.

L+T: In this day and age, there’s the Internet, social media, TV and of course, old-fashioned standup comedy. You seem to have taken advantage of all these different avenues in your comedy.
HB: Yeah, there’s a lot to do. I mean, you can only focus on standup, but there’s a lot of different ways to do comedy. Through the internet, videos, TV podcasts, etcetera, there are a lot of different ways to get your voice heard. This is a content-based market now where it’s just all about putting stuff out and continually feeding people.

L+T: Take me through your journey as a comedian a little bit. You’re from Chicago, but you’re now located in New York. Were you doing comedy in Chicago first, or did you start after you moved?
HB: No, I definitely started in Chicago. I truly started in my college town Carbondale, Illinois. I started performing there in 2002 doing open mics, opening for whatever acts I could that were coming through Carbondale, hosting my own open mics and things like that. During the breaks, I would make trips to New York and home to Chicago and perform there. So, after college, I was doing it in Chicago for a few years. I went to New York for a few months in 2006 and got into the Montreal Comedy Festival [Just For Laughs] and that led to a couple opportunities. I was able to get onto a TV show in Amsterdam, and I just kept working. I did The Late Late Show With Craig Ferguson the next year in ’07 and started working the road a little bit as an opening act. I moved to New York in ’08, and moving to New York is what helped me get in because I was able to get a set on Late Night With Jimmy Fallon, then got the Saturday Night Live writing job through that.

L+T: There’s definitely a unique style to your comedy. Everything seems very subtle, nothing is really way over the top. Who are some of your comedic influences?
HB: I’m a big Dave Chappelle fan. Chris Rock, Bill Cosby – I watched a lot of George Carlin early on, Richard Pryor, [and] Patrice O’Neal. There’s a lot of people that I watch. But I think at the core of my sensibility, it comes from my father. He’s a real dry, blunt dude, you know? So, I really picked up a lot just through watching him.

L+T: Outside of those people, who’s funny to you? Is it hard, because you’re around comedians and writers, for other people to be funny or make you laugh?
HB: No, actually, because I host a show in Brooklyn on Sundays – so I book comedians – I watch at least a couple hours of comedy every week, so I still do enjoy comedy. It’s a lot of funny people out now. You got Michael Che, Stephon Smith, Hadiyah Robinson – there’s a lot. I’ll end up leaving people out. There’s a lot of funny people out working the roads, doing their thing, coming up in New York, and there’s a lot of different vehicles, too. There’s a lot of different shows where people get the opportunity to showcase that. Chelsea Handler is putting a lot of people on, Shaq is putting comedians on. There’s a bunch of shows that are giving more comedians an outlet, so it’s a good time for comedy right now.

L+T: As a comedian, is there pressure to be funny when you meet people on a day-to-day basis? And is it harder than people think to be a comedian?
HB: I don’t feel that social pressure. People try to put it on me, in their mind they have this view of what they think a comedian is gonna be like off stage. A bunch of people say, “Oh, you don’t seem like a comedian.” “Well, what the fuck does a comedian seem like? Do you expect me to have a rose on my shirt and I’m squirting you in the face with water? Like, what do you think?” Comedians off stage are just as varied as people. So, you have some comedians that are on all the time and live wires and always got a joke for you, and you have some people that are real quiet off stage. Or you have, you know, just how you are with your friends. I may be lively with my friends, having fun, talking shit, or if I don’t know some people I might just be quiet. But it is annoying when people – even now at this level when people find out I do comedy – [are like], “Oh, do something. Just give me a joke right now.” No, I’m not gonna do a joke for you.

L+T: What’s the difference in writing for TV as opposed to standup?
HB: Well, the difference in standup is I’m writing for me and I know what I want to say and I can just kind of talk about anything. I can try it right away, it doesn’t have to be fully formed when I take it to the stage because I know the goal and how I want to work on it. Writing for TV, it has to be a bit more developed. When you’re writing for a TV show or a character, you have to get into that characters mind: “What would this character say?” Instead of what would I say, what would this character say in this situation. Writing for TV is more collaborative, you’re bouncing ideas off other people in the room. With standup, I can kind of just go off the audience’s energy. I can take an idea on stage and get into it and just riff and riff and find it on stage, whereas when you’re writing for TV, that has to be pretty on point already.

L+T: Writing for all these different shows and doing your standup stuff, do you ever run into writer’s block, and if so, how do you get through that?
HB: I wouldn’t really have that trouble with standup. But writing for sketch can be tough sometimes because you’re kind of writing as a job. Especially it being my first time writing for a show in Saturday Night Live, I couldn’t really get in the flow sometimes because I was thinking, “Ok, it’s funny, but is my boss gonna find it funny? Is the rest of the staff gonna find it funny?” Standup, I say, “Ok, I think this is funny, so I’m just gonna try this on stage now.” So, I wouldn’t call it “block,” per se, but it would be just kind of doubting what I was writing sometimes.

L+T: You’re a big hip-hop guy and from Chicago. You directed a video [“NaNa”] for Chance The Rapper. Talk about that experience.
HB: That was cool, man. I think that video is a snapshot of a time when I was slightly more famous than Chance The Rapper [laughs]. It was cool, it was fun. It’s a goofy looking video, just in LA walking around. It was kind of just, we were walking around and we would stop somewhere and see something, like, “Let’s shoot that.” We were Hollywood Boulevard and saw a double-decker bus, like, “Oh, let’s jump on the double-decker bus.” We were riding on the bus, rode past the Laugh Factory, told the bus to stop, like, “Let’s see if we can shoot in there.” It was a fun shoot, man, it was real loose. It’s been cool to see what he’s done just in a year. He makes good music, so I’m happy for the kid. We actually didn’t spend that much money at all. I think the most money we spent was on those horrible suits we had on. It was a fun video, but not a great video at all [laughs]. Fun and great are two different things.

The Hannibal Buress Live From Chicago is  available now.