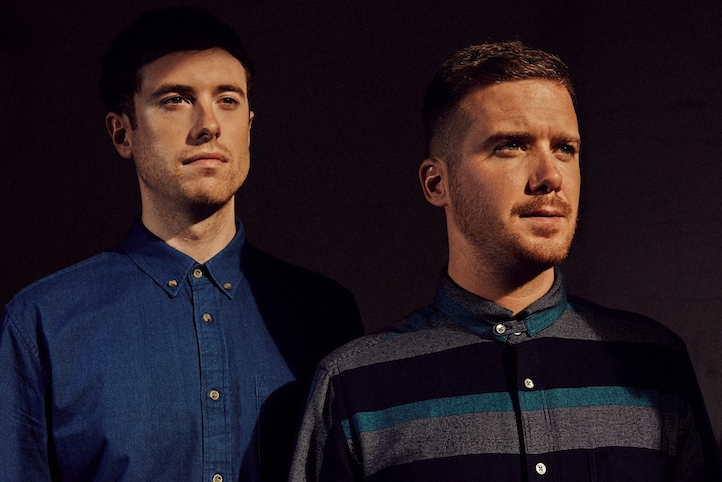 2014 has been a big year for Gorgon City. The tandem comprised of producers Kye “Foamo” Gibbon and Matt “RackNRuin” Robson-Scott started the year off right by striking gold with the hit single, “Ready for Your Love.” Featuring English singer, MNEK, the song peaked within the top five on the UK Singles Chart and was followed by a couple of other charting singles, including the top ten smash, “Here for You.” When the DJs-turned-artists weren’t releasing chart topping singles, they were producing and remixing records for the likes of Jess Glynne and Basement Jaxx and playing festivals all around the world, including Glastonbury, Leeds, and iTunes.

Currently on their Sirens World Tour, which is scheduled to make stops in the US in places like New York, Miami, Boston and Chicago, before heading across seas to cities like Paris, London, Milan and Stockholm, the North London duo just released their highly anticipated debut album, Sirens. Featuring collaborations with Jennifer Hudson, Katy B, Laura Welsh, and Maverick Sabre, and a cover of Drake’s “Doing It Wrong,” the album is a welcomed mixture of house, dance, grime and hip-hop. Here, Gorgon City talks to Life + Times about DJing, touring the US and their debut album, Sirens.

Life + Times: What made you two join forces?
Gorgon City: We were both producing solo at first, and we had the same DJ agent. We played some shows together and decided to make a tune together. It all started from there and evolved into Gorgon City.

L+T: In what ways has DJing prepared you for creating music?
GC: You learn a lot about beats and song structure through mixing. Being a DJ and digging for records is a great way to learn about all types of music and genres.

L+T: While creating the songs on Sirens, how important was it to make records that would be great for DJ sets?
GC: We DJ every week all over the world so it was very important. We love our tracks to bang in the club and have a lot of sub-bass and energy.

L+T: Your single, “Ready for Your Love” peaked at number four in the UK. Were you surprised at the record’s success?
GC: We knew it was special from the beginning, but never thought it would do so well. It was a great surprise!

L+T: For Sirens, you collaborated with the likes of Katy B, Jennifer Hudson, Laura Welsh and others. Who was your favorite person to work with?
GC: Working with Maverick Sabre is always amazing. He’s an amazing lyricist with a lot of soul. We really enjoy our time with him.

L+T: Was it a challenge maintaining your sound and the vision for Sirens when collaborating with such a diverse group of established artists?
GC: No, we just have fun and love experimenting with different sounds. We don’t have an agenda when we head into the studio. We just write music that we would like to listen to and play in clubs.

L+T: How involved in the songwriting process were you on Sirens?
GC: We were involved 100% on every song on the record. We collaborate entirely with each vocalist or songwriter and contribute to the vocal melodies and lyrics. It’s really a team effort and a true collaboration.

L+T: What made you want to cover Drake’s “Doing It Wrong”?
GC: We are fans of the song and the vocalist Liv had the idea to sing it in a higher key. We loved the way she sang it, so we decided to produce the track into a cover. We also played it live on the BBC live lounge.

L+T: What were you most excited about with starting the US leg of your current tour?
GC: Playing in LA is always great. El Rey Theatre is a great venue too. Can’t wait!

L+T: From your observations, what are some of the main differences between crowds in the US and crowds in the UK?
GC: In the US, EDM is still something relatively new to the masses, and that sound has been around for ages in the Europe. It’s great in the US, everyone is very up for it and having a great time and feeling part of something new and really special, especially at the moment. It feels really good for British music over there right now.