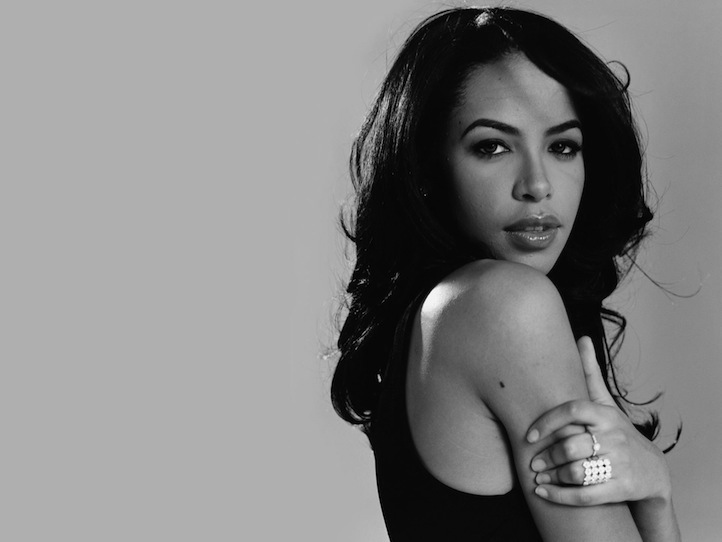 Around two and a half years ago, you could not step into an underground London club without hearing Aaliyah’s comely voice, whispering out the speakers. It wasn’t that her original songs had suddenly become de rigueur—indeed, they’ve never been out of style, whether for wedding DJs or the most forward-thinking of musicians. It’s just that a new generation of producers, of which London always seems to have a glut, was finding infinite inspiration in the otherworldly come-ons and gentle teases of Babygirl, sampling her voice to guide their way. The most memorable was James Blake’s “CMYK,” a completely avant-garde banger that scrambled a sped-up “Are You That Somebody?” into crossword-puzzle echoes, but other tracks by British bass producers mined strips from back catalog favorites like “Rock the Boat” (Zomby) and “One in a Million” (Timzed). She was more than a guest. She was the reason.

Aaliyah Dana Houghton was the brightest type of light, strong and unwavering, and when she first began releasing music at the astonishing age at 14, she was already her own distinct woman. We completely fell in love with the breathiness and clarity in her voice, the sweetness and the shy attitude. As she grew older, she became even more mesmerizing: the sensual mystique; the attraction to darkness; the slithery shimmy of her choreography. We’d already been through the years of Janet [Jackson] and of SWV, who brought elements of hip-hop culture to R&B, but Aaliyah was the first to fuse R&B cool fully to hip-hop swagger, just in time for rap to take over the world. She transformed Tommy baggies and boxers into a look so feminine it was almost preternatural, and when she sang about desire, it was so knowing you knew she was one-upping her subject. Shit was like Xanadu. Her presence in music was so earth-shattering that nearly every R&B singer today is stamped with at least a little Aaliyah swag—The-Dream (who covered “One in a Million”—breathily), Ciara (who, clearly, cites her as her biggest influence), Frank Ocean (whose minor-key compositions echo her entire estilo). Last year Drake, in an interview with Soul Culture, said it best: “I wanna be like that.”

Eventually, though, with the help of the Supafriends—Timbaland, the beatmaker; Steve “Static” Major and Missy Elliott, the writers—Babygirl actually surpassed, and transcended, hip-hop with her futurism. It wasn’t just the way she sang with a muted vulnerability, her voice breaking down the fourth wall merely by existing. She was always game to take her music further left. Her adventurousness extended from her beat choices—she always picked Timbo’s weirdest, which were also his best—to her imagery. Snakes, motorcycles, black cloaks and lipgloss, leather, all of that. That goth angle was singularly hers, and hasn’t been repeated in pop music to that effortless degree. Y2K? She was doing anime. Her entrepreneurial acumen was just as fearless: in a 2008 interview, her best friend Kidada Jones told me that in 2001 they’d been planning a girl’s clothing line with heavy Japanese influences—years before Gwen Stefani discovered Tokyo’s fashionable Harajuku sector.

And every day, something else pops up to prove that Aaliyah was the matrix before The Matrix even dropped—which is why her music has been consistently looked to, sampled, covered, remixed, and screwed-down for the past ten years. She still sounds more visionary than most vocalists today (you can imagine her laughing in the face of Auto-Tune), and of course experimental bass producers in London’s dance scene would want to work with Aaliyah’s voice, since her weightless lilt atop Timbo’s outer-space crickets remains one of the most renegade sounds in popular music. But her emotional depth translates across genres. Agitprop soul punks The Gossip covered “Are You That Somebody,” and goth impressionist Forest Swords did “If Your Girl Only Knew.” Latin and Afro-Caribbean beat-makers infuse her hits with cumbia rhythms, as on Sonora’s take on “Rock the Boat” and DJ Still Life’s full-length tribute project Tropicaliyah. She was the first girl to request her music up in the monitors on the track (“4 Page Letter”), setting a trend for dude rappers across the landscape. So-called “witch house,” the opaque dance music submerged and slowed down, DJ Screw style, wouldn’t exist without the ghostliness and melancholy hinted at in her singing. And the concurrent impulse for musicians like The Weeknd and Salem to remain obscure, submerged, anonymous? That’s signature Aaliyah Houghton, who didn’t need to hide her face to create mystery. She threw on the Locs and gave just enough. We never won’t want more.