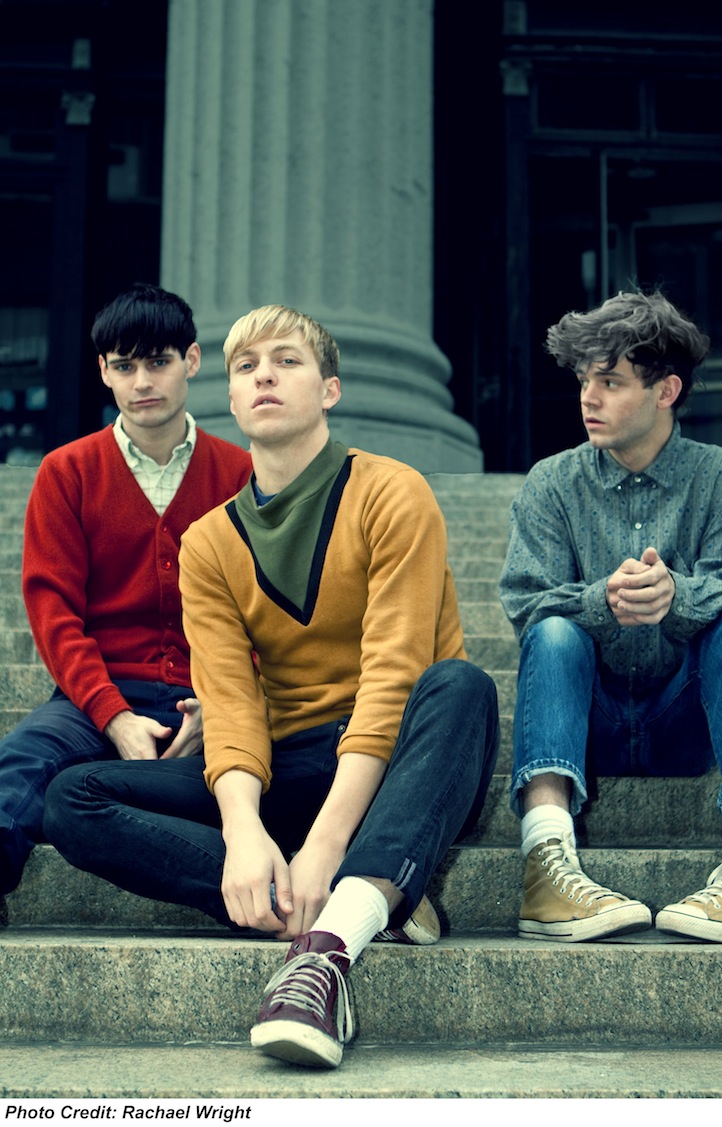 Summer’s almost here, which means so are the major music festivals. This year many of the biggest events have one thing in common: The Drums. Before rocking North American and European venues like Bonnaroo, Lovebox, Lollapalooza and Bestival, the five-man group — Jonathan Pierce (vocals), Jacob Graham (guitar/synthesizers), Connor Hanwick (formerly drums, now guitar), Myles Matheny (guitar), Chris Stein (drums) – will first showcase their talents to Australia, Japan, Thailand, Korea and Indonesia. With just one EP and an album under their belt, The Drums have quickly garnered a strong following. Life + Times spoke with the band about its origin, audience and sound.

Life+Times: What’s the story behind The Drums? How did you get together?
The Drums: Jacob and I [Jonathan] have been close friends since childhood and music has been what’s kept us together. I don’t think we really have much else in common other than randomly loving the same songs and the same bands. Before we met, I had never met anyone as shy and miserable as I was. I grew up with him and we started writing music together for The Drums a few years ago, then moved back to NYC in 2009, met Connor [Hanwick, drummer] and thought he was really cool. He said he was homeless, so we asked him to be our drummer without ever seeing him play. We put out an EP and a full-length and toured our asses off for the bulk of 3 years. We just had our first major break this past winter, but used much of that time to make the new album, which we’ve just finished in New York, actually.

L+T: Who are some of your influences?
TD: We like The Shangri-Las, Sonic Youth, Beat Happening, The Supremes, The Zombies, The Raincoats, Blue Boy, and The Field Mice.

L+T: What have you all been up to since your album release last summer?
TD: It’s really just been touring, touring and more touring, and writing songs here and there for the new album whenever we get the chance. Other than that, we try to really take it easy. Everyone wants us to go out when we are home in New York, but going out almost feels like work and none of us are that good with people, I guess.

L+T: You have two official releases: One EP, Summertime!, and one full-length, The Drums. How did each of those come about?
TD: Well to be honest, the EP and full-length essentially came out of the same batch of songs. I had just moved to Florida to hang out with Jacob because we were both pretty bored with life and thought that it would be better to be bored together. While down there, I started writing songs because I had nothing else to do, and I just kept writing until we had enough for a full-length and an EP.

L+T: How would you describe The Drums’ “sound,” and how did it develop?
TD: Our “sound” sort of happened all on its own. I mean, all we really knew is these three things: we love classic pop song structure and melody; we had this great-sounding old reverb machine that my friend let me borrow; and we wanted to use guitar instead of synthesizer. So, in a nutshell, what came out of that equation was a handful of sad-sounding guitar pop songs, which we obviously dipped in a lot of reverb. The next record still has that song structure, but we’ve eased up on the reverb.

L+T: How is it being American band but having, arguably, more success abroad – especially in the UK? Any particular reason you think that’s happened?
TD: Our first record deal was based out of the UK, so naturally, things took off for us from there first, and our album didn’t come out in America until months after it was out everywhere else. It seems like things are moving along really great though. I don’t know why things have gone the way they have [with more success abroad than at home], but whatever happens, happens. We’re just glad to be making music and putting out cool records.

L+T: Does that change your creative process, knowing that your audience is so broad?
TD: It’s great to have a big audience, and believe me, it’s a big surprise that things are going the way they are going. As much as we appreciate it, though, I think it would be a big mistake to make work to please anyone other than yourself. We are obsessed with classic pop and not so obsessed with progression, so that will always speak through the music.

L+T: So what’s next?
TD: We’ll be putting out the new album and touring like crazy again.