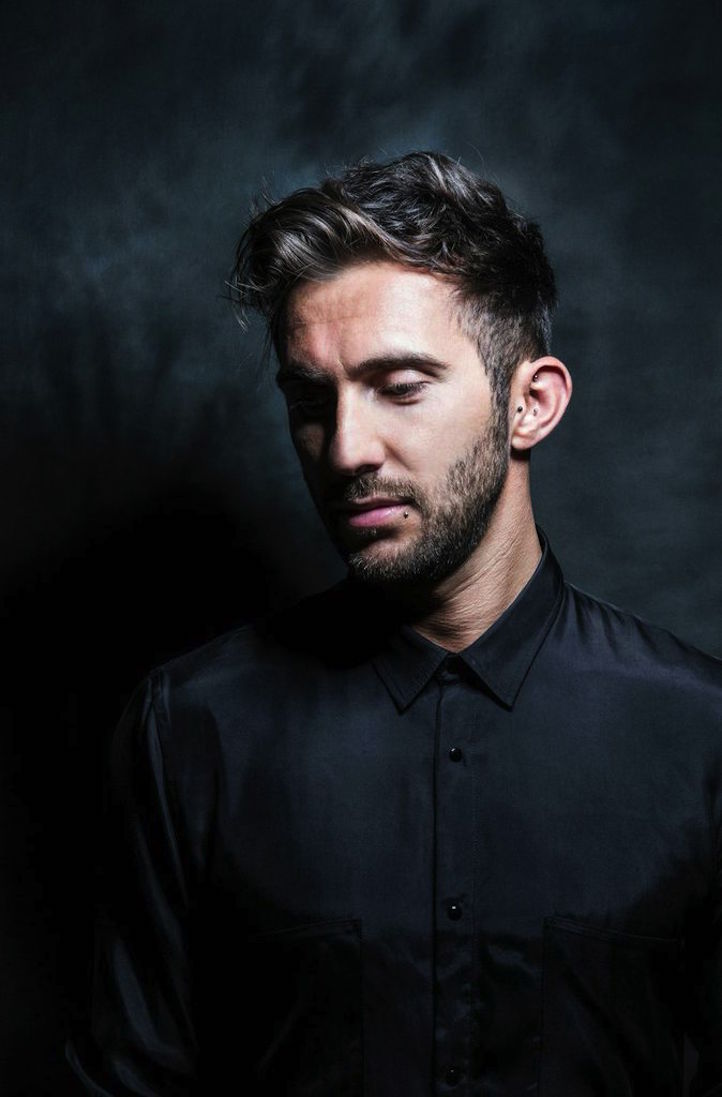 Daley Padley, commonly known as Hot Since 82, is a DJ-producer that doubles as the head of his Knee Deep In Sound label. Oh, and he’s from the UK. Sounds like yet another dance music act hailing from England? Not quite. Along with landing two BBC Radio 1 Essential Mixes, spearheading a label, and headlining numerous shows worldwide – he’s also a thief. Last year, he created the TAKEN project in which fans are blindfolded and ‘taken’ to a secret rave. Among his most proud achievements is his Knee Deep In Sound imprint that he launched last year. Daley says, “A lot of people are saying now the label has its own sound which is something incredibly hard to establish as a label. So when you get your own sound, that’s great.” Beginning in March, Daley will release multiple records along with unveiling new artists since the label’s “emphasis is about emerging talent,” as Daley comments.

Distinction amid a sea of DJ-producers is possible, but not without the synchronization of authentic creativity and work – the two things that make Hot Since 82 ‘hot.’

Life + Times: First off, I have to commend you on your success. I’ve read about your background and it’s inspiring to budding artists. Well really, anyone. What’s helped you to stay positive and motivated through the years?
Hot Since 82: I don’t want to use the word “spiritual” because that kind of gets thrown around too much these days. I don’t really get stressed about anything. I take each day as it comes. I guess you got to be happy for what you’ve got. I come from a quite modest background anyway. I don’t know really. The thing is I’ve been doing this for such a long time now, so I’ve seen the ups and downs of it all. Before the Hot Since 82 stuff kind of got successful, I took a bit of time off from deejaying. So, I’ve been through all the trials and tribulations. I don’t know. I guess I’m just really blessed and humble to be offered this success. I’m just riding it as hard as I can and try to enjoy as much as I can. Every day is a blessing really.

L+T: Well, that’s great! I never like to focus on the negatives of the industry anyway.
HS82: When I go on live stops I’m not interested in what anyone else is doing. Someone said to me, “Well, what about such and such guy? Look at what he did.” I never ever and I never will be interested in what anyone else is doing. You know, I do my own records, I get my own promos, I do my own thing, my own branding, my own music – everything. I just like to get along with my own thing. I don’t get sucked into the internet because it can be – I don’t know – quite a downward path I guess, if you like…concentrating too much on what other people are doing. I know my thing works, so I’m just too busy to look into other things.

L+T: That’s the best way to be, especially when it comes to social media. You can get so caught up in the gossip and what’s happening that you lose focus of what you’re doing.
HS82: Exactly…It’s good and helpful that social media is doing well, but at the same time it’s nice not to get sucked into it.

L+T: That’s true. So, I was able to see part one and two of “Restless” with “Sleepwalker” and “The Core.” It’s almost like it’s a movie. Beautiful cinematography for a music video. You worked with a director (Ciaran Lyons) out of Glasgow. Was there a storyboard pitched to you or did you already have this concept in your mind? Tell me about how this all came to fruition.
HS82: No, no. I mean, like I said, everything that I’ve ever done – especially with the brand as well– is a very, very close group of people that I like to work with. It’s all about trust and honesty and the main thing is with anything I’ve ever done is about the individual as well, and not just the out product. I like to get along with people. The people that we work with are hand-chosen [and] hand-picked. We were offered quite a few pictures from maybe like five different companies and stuff, but this one kind of seemed to work. The inspiration that they put across was quite (Pause) I don’t know. They just sent a lot of other projects that they were working on as well and some that they worked on in the past. I just liked the look of it. They kind of got the music as well, which is more important than anything. They actually had an interest in the music and they knew me as an artist as well. So, I just had a really good idea that it was gonna work well – and it did. And like you said, the cinematography is beautiful. They did a good job. The actual music video complements the original production really well because what actually made the music a lot better was the video. That’s what a video should do as well. It should complement the actual music behind it. I’m extremely happy with the final product.

Music videos, especially with dance music, half of them are just an absolute pile of shit. They don’t even make any sense. I don’t think they’re supposed to make any sense in a way. This (“Restless”) is quite spooky and quite weird, and a lot of my music is a little bit kind of melodic and a bit trippy and spooky anyway. So, we’re going down the same path.

L+T: I agree with you. The song along with the visual complement each other. It’s not distracting and it doesn’t take away from the track that you produced. It worked really well.
HS82: Yeah, it shot really well. I’m happy. The thing is as well, obviously this is underground dance music. You always have a budget as well. So, what we put out as a product and quality for the money is well because you’re always working on a really, really tight budget for these things. So, what we got for the money is good.

L+T: I mean, really, that was an understatement. (Laughs) You have TAKEN, which you have to tell me about! You performed at TAKEN last year. Are you able to actually expound on what that’s about?
HS82: TAKEN as a brand. (Pause) Well basically, in the UK we’ve been blessed with having a really healthy club scene for such a long time now since the late ‘80s – the UK especially. I mean, I’m from the north. The north and the midlands were famous back in the day for doing illegal raves. They would be in the warehouse or the malls or whatever. You don’t really hear about those parties going on anymore where it’s totally free and it’s just really about music and having some fun. I just wanted to kind of tap into that and take a bit of inspiration from it all and do something where it’s not the same old DJs, not the same old venues, [and] not the same old light show. I wanted people to be surprised and just add a bit of animation to going out and raving. So, myself and my manager we always come up with great ideas. So we said, ‘Why don’t we kidnap?’ Well not ‘kidnap.’ That’s quite a harsh word actually. Okay, ‘Why don’t we steal a bunch of ravers and take them to an underground destination? They’re not gonna know where they’re going. I’m gonna play all night and see where it goes from there.’ So we called the brand TAKEN.

L+T: Oh! That sounds so exciting! It’s refreshing to have something so spontaneous get introduced into this culture. To a certain degree, live shows have become highly predictable. While we’re talking about shows and vibes, you have to tell me about Dubai. That city has an emerging dance music culture. How was your experience playing there? Any pointers?
HS82: There’s quite a budding club scene there. The main thing is a lot of the Emirate’s staff are British. I think someone told me it’s like 100,000 British people living there now. The British people are keen ravers as you already know. So, it’s these British people that are putting in all these parties in Dubai and bringing all these international DJs over. So, it’s quite the healthy club scene there as well. It’s perfect. The hotels are beautiful. The beaches – a lot of them are manmade obviously – but they’re still pretty gorgeous. The skyline is great. There’s lots of activities to do. Shopping is great and there’s actually a club scene as well. It has pretty much everything. I played there on New Year’s Eve. I was standing outside and the skyline was something like, I don’t know, the Miami skyline at night. It’s pretty beautiful.

L+T: Now I’m dying to go! The next question is what I end all my interviews with, well, with DJ-producers. Do you think a DJ is a musician?
HS82: I guess so maybe now. The technology has just come on so fast for the last two or three years. There’s so many things you can do as a DJ now. You need a third or fourth hand because two hands isn’t enough to be honest because there are a lot of things you can do to be a creative DJ. I mean for any DJ to get recognized is you have to make records. I think the DJ and the musician is all in the same pot now. It’s kind of a weird gray area now.