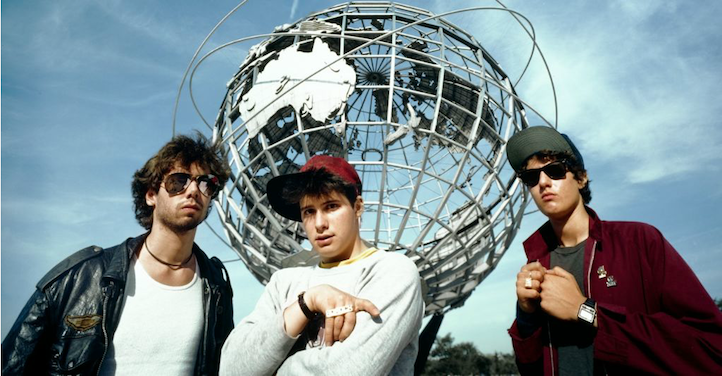 When The Beastie Boys were recently inducted into the Rock & Roll Hall Of Fame, over 450 miles away, in their hometown of New York City, hip-hop historians, b-boys, artists, hipsters and other New York notables gathered to pay homage to the trio in the city where it all started. Mike D, MCA and Ad-Rock were among the central figures in the recent “Kings Of Rock” exhibition at the Rush Arts Gallery. The three-day event featured a host of early shots of the seminal hip-hop group by noted music/fashion photographer and longtime friend Sunny Bak.

We caught up with Bak at the exhibition’s opening to talk all things Beastie, including coming of age with the legendary act as well as what’s next for her.

Life+Times: How did you first meet the band?
Sunny Bak: I met the Beastie Boys in the early ‘80s through David Scilken, who was in the Young & The Useless [with Adam “Ad-Rock” Horovitz]. He was one of my interns. Dave, Adam and I all went to the same high school. So, Dave was my intern and these “boys” came with him. They were always hanging around my photo studio. At the time, I was shooting a lot of fashion and they were looking at a lot of models so I couldn’t get rid of them. They began being my subjects because I needed to light things, so I was say, “Hey, stand there.” And that’s how we started taking pictures and they started making an album [Licensed to Ill] that did pretty well.

L+T: Did you ever think about how iconic these photos might be?
SB: No, they were just photos. And then they got a record deal, so they bought them. Then when they needed to a music video, I let them use my studio for “Fight For Your Right To Party” – we just threw all our friends in the video – and then I just buried all the pictures for 25 years and didn’t show many of them. I went on tour with them and shot pictures for the tour book and some publicity pictures but I really didn’t look at them for a long time. Then, Adam called me and said they wanted to use a picture for Solid Gold Hits so I pulled them out and I thought, “You know, it’s been 25 years and we should show them.” They were coming out with a new album and then they got inducted into the Rock & Roll Hall of Fame so I said I gotta do a show. We just wanted to commemorate this big event, so that’s what brought this whole thing together.

L+T: So, how did the photos become a part of the “Kings Of Rock” show?
SB: I wanted to show them in Cleveland but we didn’t think the Boys were going to go to Cleveland. So, I wanted it to be here in New York and I wanted them to be here, if they could. We wanted to do it quickly so [Def Jam Records founding publicist] Bill Adler reached out to Rush Arts Gallery and it’s a natural fit because of Russell [Simmons]. So, everything just fell into place – it was really organic.

L+T: How did you decide on which photos made the show?
SB: I have thousands of pictures so I just kept weeding them down. [Graphic artist] Cey Adams looked through them. Adam Yauch looked through them quickly. And I just edited and edited down. There really are so many, so I just took the best of what I was looking through at the time. I was overwhelmed. There are still so many more, but I just thought why show 200 pictures when you can show 11. No one needs to see a naked girl with honey in the shower from the tour. 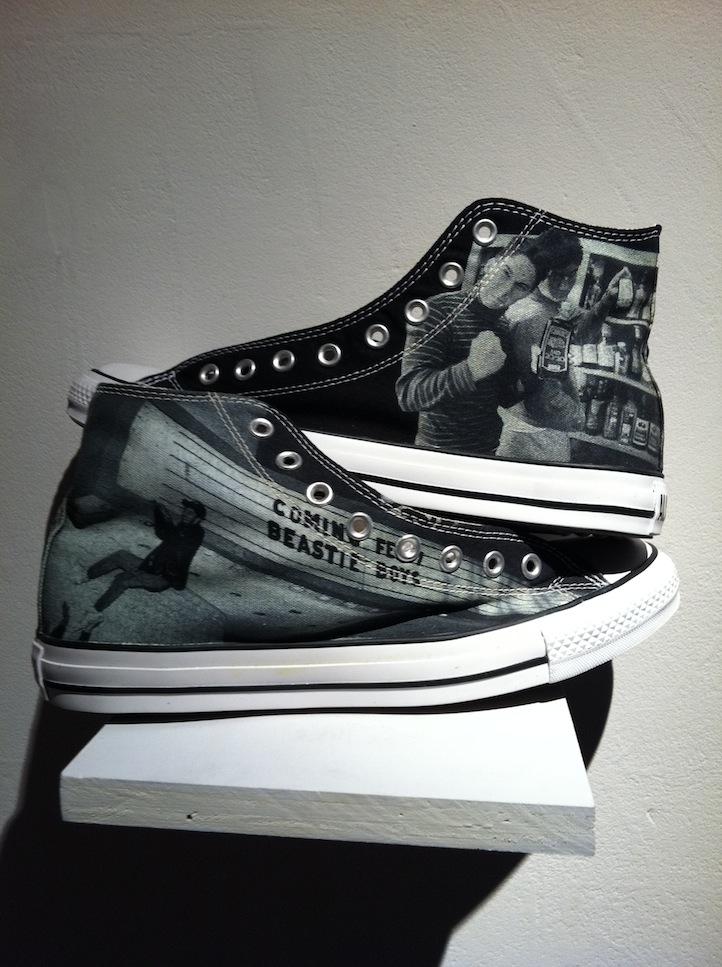 L+T: How did you get your start as a photographer?
SB: I started as theater paparazzi photographer as a kid. Then, I did fashion until I met the Boys and started doing music. As a result, I shot a lot of music over the years. Now, I live L.A. and I mostly do celebrity portraiture. I plan on coming back to New York soon and just starting all over – from nothing. So, I don’t know what kind of photographer I’ll be next… or whether I’ll be a photographer.

L+T: So, what’s next for these images?
SB: I’m going to take these images and work on them with Cey. We’re looking to do a show on May 3rd at the Ivy Brown Gallery in [New York City’s] Meatpacking District. I want to take the photos and draw on them and make them more artistic. So, there’s going to me a limited series of images that will be a collaboration between Cey and I. It’s going to be fun.