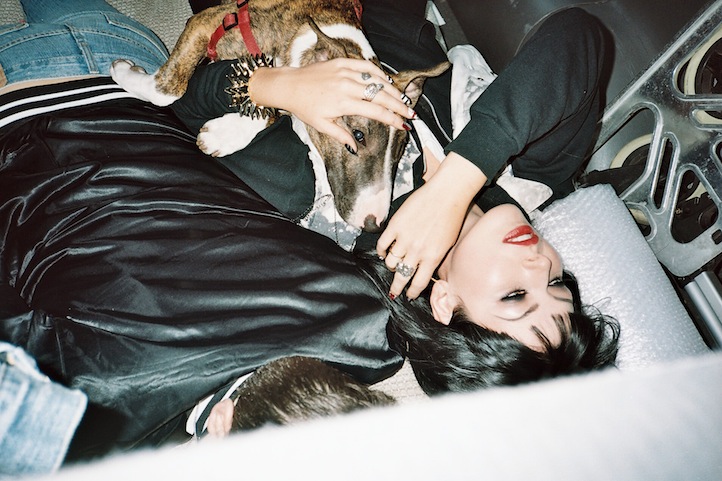 The sound that’s distinguishable by their use of nectar sweet vocals against a backdrop of distorted beats and a boisterous electric guitar makes the music of Derek E. Miller and Alexis Krauss, –  Sleigh Bells –  far from classifiable. The band has jumped right into 2012 with a new album and pending tour. The fresh release of the its sophomore album, Reign of Terror, has received nods of approval from industry critics and fans alike. Miller, the guitarist, songwriter and producer for Sleigh Bells, had a tête-à-tête with Life + Times regarding inner battles, the imaginative stimulus behind the latest album, fashion and touring with Diplo.

Life + Times: It’s been over a year since the release of your debut album, Treats. A lot can happen in a year. Any significant events take place within this period of time that aided in the creative process for Reign of Terror?
Derek E. Miller: Despite the success of the band, the last few years have been extremely difficult for me personally. I feel like making records has pretty much saved my life or at the very least given me something to feel good about. I don’t mean to be dramatic, but Reign of Terror was instrumental in helping me through a number of personal tragedies that I’d rather avoid talking about.

L+T: On “Comeback Kid,” is this a song about internal struggle? I am basing this off of the go-getter lyrics, “Go get your gun ready,” “You’re gone away but, you’ll come back someday” and of course the actual title of the song.
DEM: “Comeback Kid” is me trying to motivate myself…trying to pull myself out of a bad place, bounce back. It’s one of the few positive songs on the record and my favorite by far. I’m self-destructive by nature, so I’m constantly at war with myself. “Demons” is about just that…fighting them off. Trying not to let them win. “The demons, come on…” lyric…standing up to them and trying to be a real person.

L+T: “End of the Line” is a song of riddance. Who is the “goodbye” for?
DEM: Departed loved ones.

L+T: All in all, Reign of Terror consists of lyrics full of depth of emotion in the form of self-awareness, one’s ability to triumph over trials and closure. Was there a particular song on the album that was more difficult to record as a result of the lyrics truly hitting “close-to-home” from a personal aspect?
DEM: Most of them. I went way out of my comfort zone and shared way more than I ever thought I would, but it was the only thing I could think about; so I had to get it out of my head, onto paper and eventually onto the record. I don’t think much about it, I just do. Thinking kills creativity. Just work, work, work, make records, communicate and be decent.

L+T: Ok, what’s with the blood stain and the Keds for the album cover? Whose idea was it?
DEM: Ha! That was my idea. The artwork is just a bunch of stuff from my apartment. My grandfather’s canteen, his purple heart, etcetera. This is maybe a little literal or heady [or] corny, but Keds as a symbol of youth and purity…traumatized or violated in some way. Having that [youth] taken away from you. But mainly I just think it’s a bad ass, striking image and that’s good enough for me. 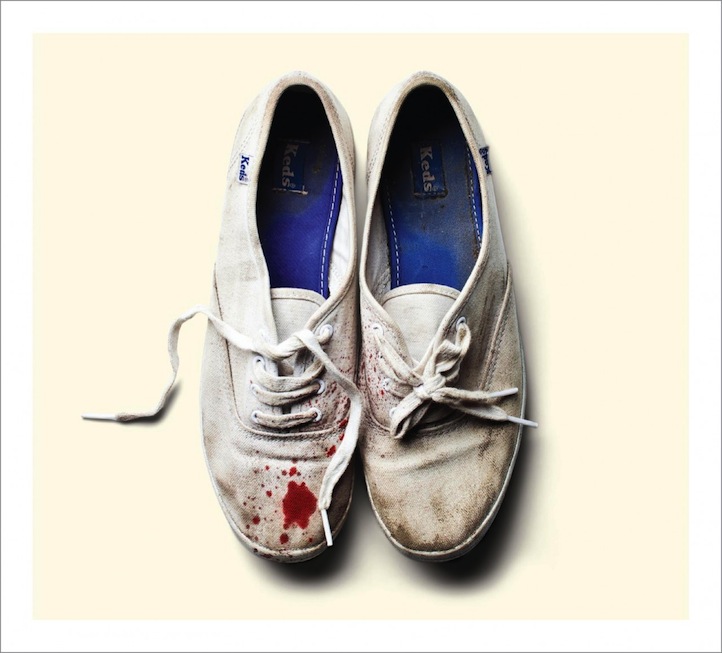 L+T: Taking a break from discussing the new album, both you and Alexis have such carefree fashion sense. Would you say that your music is an influence to your style? If so, in what ways? If not, what inspires your style?
DEM: I don’t consider myself to be a particularly stylish guy, but if I have learned anything about fashion it’s this: wear what makes you comfortable. That is absolutely paramount. Every day I wake up and put on clothes that I feel good in. If you do that, nothing can go wrong. Just be yourself. Sometimes that means a pair of soccer shorts, white ankle socks and a t-shirt. Sometimes it’s a custom letterman jacket and light denim. I’m attracted to bold, simple aesthetics…athletic jerseys, numbers, simple type treatments, high, low, everything. People know when you are being honest about what you like…they sense your comfort and accept you for who you are and if they don’t, fuck em’!

L+T: How was it touring with Diplo in Florida last month? Is there a collaboration you guys are working on in regards to remixes or features? If not, who would you like to tour with?
DEM: That tour was incredible. Wes [Diplo] is down and fun as hell to tour with. Liturgy came along as well and blasted the audience every night. The three of us are so different but it worked, which was amazing. I’m not a big fan of remixes, but since we’re friends I’m sure he will end up doing something with one of the Reign of Terror tracks…probably do some production work together down the line, who knows? Just getting started.