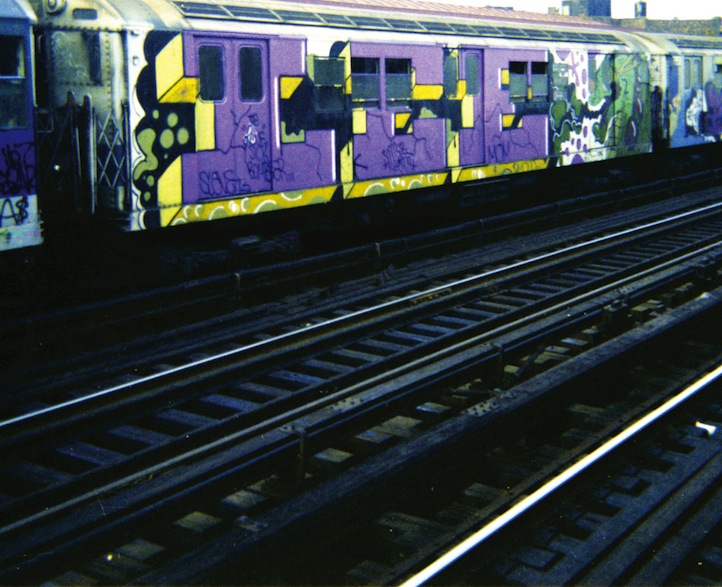 As the old adage goes, “Write what you know,” and that’s precisely what Roger Gastman did when he penned The History of American Graffiti, a tome that delves into the varied styles of graffiti art in America and chronicles some of the medium’s more prominent writers as well as local legends. It’s fitting that Gastman authored this book, as in the early ’90s, he started out writing CLEAR, and was a curator during LA’s “Art In The Streets” exhibit. Life+Times recently caught up him to discuss his book, the current state of graffiti and his advice for future writers.

Life+Times: The History of American Graffiti chronicles graff in over 25 cities in the US. What did you find to be the common thread with these works? What was the major difference?
Roger Gastman: The main difference with scenes profiled in the book are the distinctive local handstyles—from the elongated wickets in Philadelphia to the structured pieces in Chicago to the gang-influenced block letters in Los Angeles and everything in between. The common thread is that regardless of what city a writer comes from, or what their style looks like, pieces have to abide by certain rules. There has to be balance and flow.

L+T: When did you realize that this was your calling?
RG: I’m not sure if I consider it a calling. It just sort of happened. I started selling graffiti-related products when I was 16, living out of my mom’s house in Bethesda, Marylad that led me to start the graffiti-based magazine While You Were Sleeping at 19, which allowed me to meet more writers and started off my collection of graffiti photos. Now I make a conscious effort to help legitimize graffiti as an art form, but it was more of a natural progression than a calling. Some might call it a curse. Graffiti writers aren’t the easiest people to work with, and I also spend a lot of time digging up old photos and writers. Trying to find someone who wrote their nickname on walls in the ’70s, with no real name or leads to go on, is not the easiest thing to do. Plus, when I finally find them, most of them aren’t very trusting or have other issues. 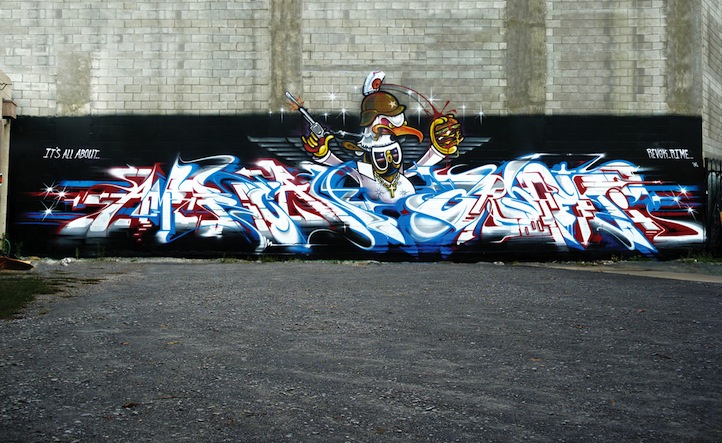 L+T: In your opinion, is graffiti still an underground art form or has it become the norm?
RG: Graffiti is a standard feature in every modern city, but I wouldn’t call it the norm. It’s still vilified. It’s still not respected as an art form by the public at large.

L+T: Was there ever a time when you were writing that you thought this work would be in museums?
RG: Graffiti has been featured in museum exhibitions since the ’80s, before I was even doing it, but not to the extent that it has been recently. I always knew that something like Art in the Streets would happen, I just didn’t know when or where. Luckily, it happened in Los Angeles where I live, and I was able to contribute to the exhibition as a curator.

L+T: Who are some of your favorite writers? Why?
RG: My favorite writers are still the ones I looked up to as a kid in Bethesda, such as COOL “DISCO” DAN and SHAKEN. COOL “DISCO” DAN was a legend in D.C. who singlehandedly destroyed the city in the late 1980s, early 1990s. SHAKEN is from Baltimore and is probably more dedicated to graffiti than anyone I know. He’s been in jail most of his life for graffiti-related crimes, and he even named his kid Krylon Skywalker, after his favorite brand of spray paint and Star Wars.

L+T: What lured you to graffiti?
RG: I was lured into graffiti through music. D.C. is home to Minor Threat and straightedge and I became immersed in the hardcore scene as an adolescent – I’m still straightedge to this day. One of the hardcore crews that I looked up to was also into graffiti, and so I wanted to do it, too. I started writing the name CLEAR in the summer of 1993, and I’ve been obsessed with graffiti ever since.

L+T: What do you say to people who look at graffiti as vandalism?
RG: Graffiti is vandalism. If it wasn’t, it wouldn’t be as fun. But just because it’s vandalism doesn’t mean it isn’t art. The two aren’t mutually exclusive. Graffiti is a crime and it’s an art form, and that’s why I love it. It’s the best of both worlds.