At the age of 18, British singer-songwriter Elli Ingram began to post YouTube videos of her song covers of tracks by male crooners. Her jazzy cover of Kendrick Lamar’s “Poetic Justice” has received over 340,000 YouTube videos. Fast forward a year later, Ingram consistently presents to the world a robust voice that sounds well past her youthful age of 19. She recently signed to Island Records, released her debut Sober EP (MTA Records), and continues to tour with electronic music duo, Chase and Status. In this exclusive interview, Life + Times and Ingram discuss her life and muses leading up to the Sober release.

Life + Times: You just released your debut EP, Sober, via MTA Records, what plans are now in the works?
Elli Ingram: I’m currently touring Europe with Chase and Status until August. Once that’s done I just want to get back in the studio and get creating again! Perhaps work towards an album or maybe even another EP, who knows?

L+T: Why did you choose the name Sober for the EP?
EI: I wrote the song, “Sober,” months before I even knew I was going to be making an EP. As I started writing, it just so happened that the majority of the songs talk about drinking in some way or another; being out with your mates, the morning after. So, I guess it was a little tongue and cheek that the EP was everything but sober.

L+T: The EP captures the quintessence of youth – love, parties, and discovery. For most artists, songwriting and creating music is their main emotional catharsis. Would you say this also applies to you? How has songwriting helped you grow personally?
EI: 100%. Writing and singing is the only way I feel comfortable releasing my emotions. On a conversational basis I usually keep those feelings to myself, but when I’m writing it just flows out. I’ve learnt a lot since I’ve started to create music and it has helped me grow in confidence on many levels.

L+T: The two producers behind the EP are Felix Joseph and Rudi Redz. Tell me the story of how you all met.
EI: I was introduced to them by my manager when we all lived in Brighton (UK). Felix had a studio in his back garden that his dad built and still to this day, that studio is my favorite. We were off to a slow start because I refused to show the guys anything I had written. As time went on and our relationship started to grow the music followed and still continues to grow. The two have them has taught me most of what I know when it comes to music and I wouldn’t be where I am without them. 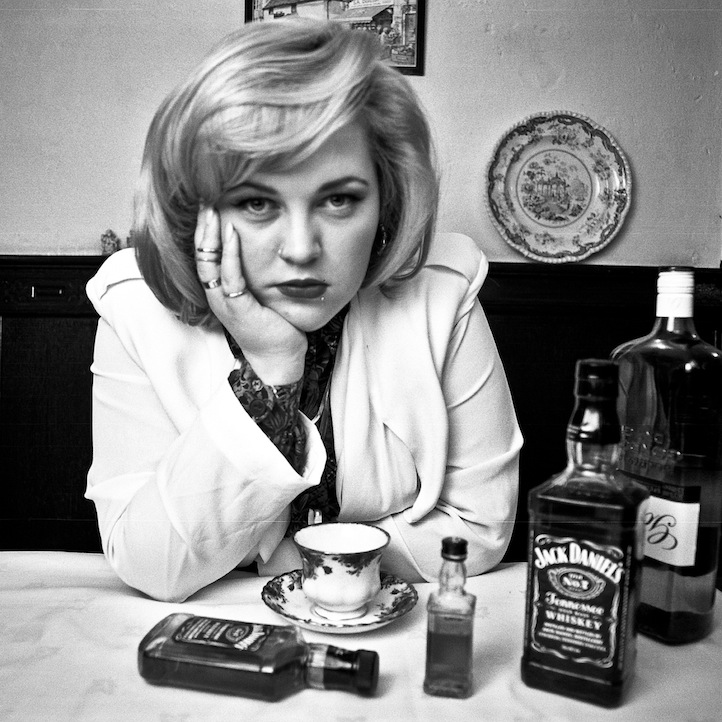 L+T: I hear that Brighton is pretty eclectic. Also, reggae and the piano were part of your intro to music. Do you think growing up in a childhood surrounded by music shaped your style or do you attribute it to Brighton’s music scene?
EI: Both! Living in Brighton has allowed me to be an individual. The majority of people that live in Brighton are real characters and I definitely soak that up. Both my parents, and in fact, my whole family are always making a racket. My sister was always on the piano whilst I was growing up and we would all sing along. I think in my case, nature and nurture have both had a strong impact on my music.

L+T: You performed with Chase and Status at this year’s Glastonbury [Festival]. Those guys initially made their impression in the dance music world. Would you be open to a DnB track in the future? Were you a fan of theirs prior to the shows?
EI: I was always a fan of their music, but when I found out I had a session with them I was a bit skeptical as to how it would go as I couldn’t picture myself on one of their tracks. I’m not one to say ‘yes’ to something when I really mean ‘no,’ but being a fan and with some persuasion from my manager I went to the session. Thankfully, it all worked out as I hoped. The two of them are so talented and create way more than just DnB. I’ve been working on music for them and they’ve been working on things for me. Working with the two of them has been incredible.

Sober EP – Out now as a free release is available here.