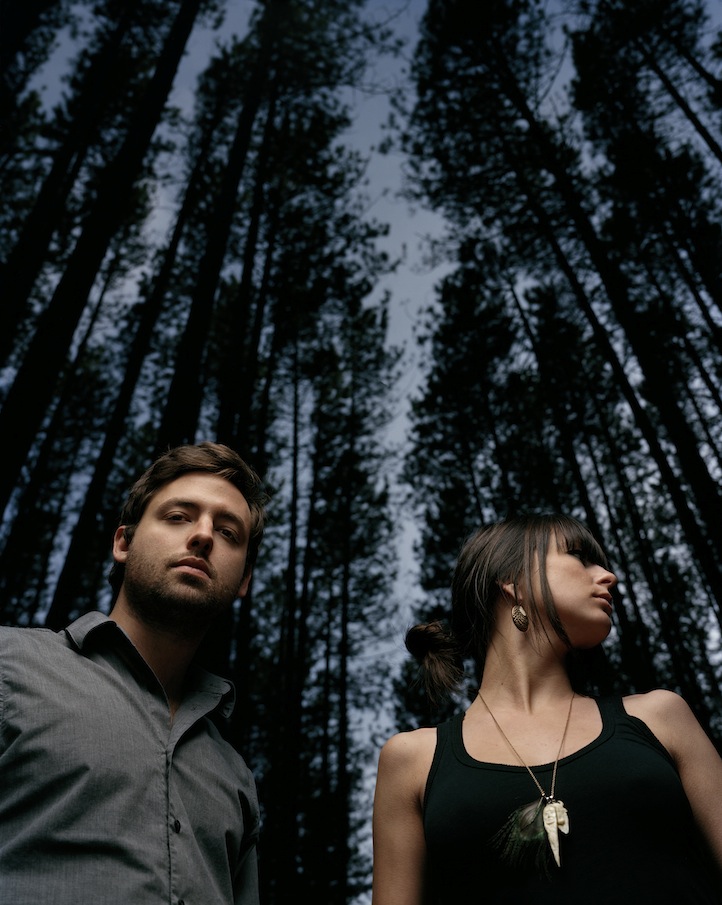 With a population under 30,000, Saratoga Springs, New York isn’t where one would expect find a raucous rock/pop duo, but that’s where Josh Carter and Sarah Barthel – who comprise Phantogram –  call home. Barthel’s sultry sweet vocals combine with the Carter’s harmonic riffs and speaker thumping beats serve up something supremely satisfactory. Phantogram have gone through leaps and bounds on their journey to success. In April alone, they rocked Coachella Music Festival and made an appearance on Jimmy Kimmel Live! Currently, the duo is in the middle of a summer tour with The Glitch Mob that ends on August 12. Here, Josh Carter speaks to us about the the band’s debut album, Eyelid Movies, hip-hop and rock inspirations and what defines Phantogram.

Life + Times: You guys are continuing to climb up the success ladder: Coachella Music Festival, a slot on Jimmy Kimmel Live! and a tour with RJD2 and The Glitch Mob this summer. How are you handling the new, but positive stress of being on the road?
Josh Carter: It’s tough being on the road all the time. We wanted to get our music heard and touring is what you have to do. To be a full-time musician is a dream come true. When the road stresses us out, we try our best to have fun doing other things; reading, writing, working on music, goofing off… It’s always best to remind ourselves that we wouldn’t want to do anything else.

L+T: You reference dreams in the music on your latest album, Eyelid Movies. Are there any additional elements that inspire you in the creation of your music?
JC: Movies, art, life in general: ups and downs, love and death.

L+T: Although there are synths and sampling in your music, there are also bouts of guitars and percussion. Do you use a band or are YOU the band? What instruments do you play individually?
JC: Me – drums, percussion, guitar, beat-making, sampling, piano and synth. Sarah Barthel- synth and piano

L+T: Who are the musicians that are on your current “hot” list?
JC: Unknown Mortal Orchestra, Robert Wyatt, Red Sea and Why?

L+T: You write and record in a barn 45 minutes outside of your hometown in upstate New York, a place you have called Harmony Lodge. What made you choose this particular place to serve as your creative “oasis?”
JC: Less distractions and it was the only place we had available. The barn is owned by my parents and it’s on their property.

L+T: When and how did you both decide to become Phantogram?
JC: I had a bunch of demos for the solo stuff I had been working on. I knew I wanted a partner, so I asked Sarah to sing on some tunes. It fit nicely. I asked her if she wanted to start a band, so we did it.

L+T: Why did you choose the name, Phantogram?
JC: We were thinking of a name that suggested some kind of telegraph from another ghostly world. It stuck.

L+T: From listening to Eyelid Movies, everything from hip-hop, electronica and pop are woven throughout the album. Are there any musicians, rappers or bands from the past or current that have aided in the inspiration of various songs on the album?
JC: Jay Dilla, John Lennon, Curtis Mayfield, David Bowie, Sonic Youth, NIN, Beach Boys, MBV, GBV and RZA.