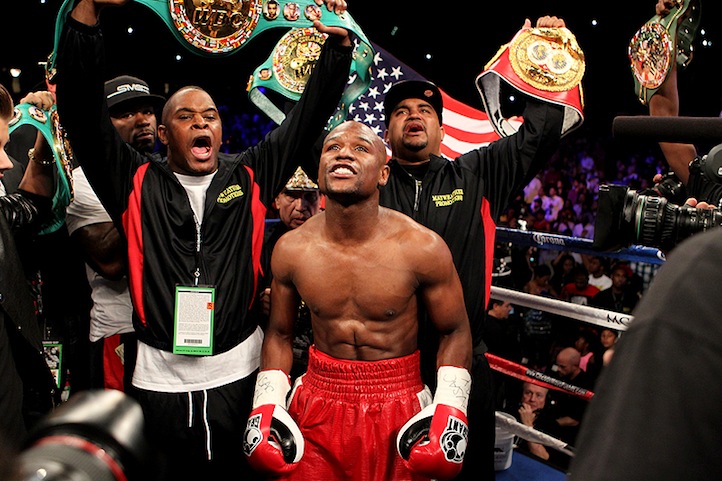 Cinco De Mayweather has come and gone with reigning pound-for-pound king Floyd Mayweather turning in a career defining performance against Miguel Cotto as his record improved to an astounding 43-0 with 26 of his victories coming by way of knockout. Mayweather, who is known for his impeccable defense, movement and boxing ability found himself standing toe to toe with Cotto and exchanging punches at a freakish pace. It wasn’t your usual Mayweather fight as he had to dig deep to outgun the resilient Cotto. We saw a Mayweather that we weren’t used to; a bloodied nose that had been tagged far more than any of us can remember. Regardless, the man known as “Money” put together a masterful performance and walked away with the unanimous decision victory and the ability to call himself not only one of the greatest boxer of our era, but one of the greatest fighters of all-time.

As Mayweather stood at the podium during the post-fight press conference, flashing his illuminating million dollar smile, he was asked who he would fight next if it weren’t for Manny Pacquiao (who Mayweather won’t fight unless Pacquiao’s promoter Bob Arum is out of the picture).

“There really isn’t anybody out there for me to fight,” Mayweather said. “So I really don’t know where my career is going to go from here. … I’ve been feeling like [I want to retire] before this fight.

Honestly, I would have no qualms if Mayweather were to announce his retirement tomorrow. Sadly, the rest of the world would brand him as a coward who ducked Pacquiao rather than a brilliant boxer that has earned his place amongst the all time greats. Boxing has this skewed point of view when it comes to when a fighter should call it quits. 99.9% of the time they urge boxers to fight for their entertainment until they lose and then turn around and say “He should have retired after his last win.” Mayweather will, undoubtedly due to the ire he draws from fans, suffer from this same dilemma.

However, the difference between somebody like Roy Jones — who should have retired after beating Antonio Tarver the first time — and Mayweather is that the fighter formally known as “Pretty Boy” could give a damn about what you think. He has enough money to make most of us his indentured slaves and just might be smart enough to realize that leaving the sports with his wits and a bulging bank account is more significant than fighting to please a bunch of fickle fans who don’t care about you.

There is absolutely no reason for Floyd Mayweather to continue fighting…unless it’s against Manny Pacquiao.

At this point in his career, there are no real opponents for Mayweather that anyone cares about outside of Pacquiao. Not a single fighter has the resume to coerce Mayweather out of his extended vacation. Sergio Martinez is “new” to the boxing greats list but is too much of an unknown here in the state and heavier than Mayweather. Andre Ward is still a young pup who will perhaps be great one day, but not at Mayweather’s expense. Nobody really wants to see Mayweather-Ortiz II. Unless Mayweather hops in his DeLorean and heads back to the 80’s to fight Hagler, Duran and Leonard, if it doesn’t say Pacquiao, it doesn’t makes sense.

So, here’s the question, if Floyd Mayweather were to retire, would you put him on your all-time pound-for-pound list? 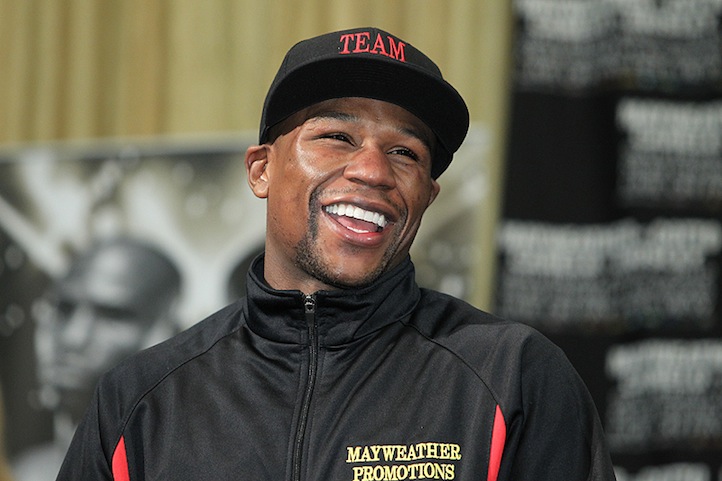 I’ll tell you what, he’ll certainly be on mine. Comparing Mayweather’s boxing prowess to the likes of Leonard, Hearns, Hagler, Duran, Johnson, Chavez, Robinson, Ali, Louis, Pep, Dempsey and Armstrong may sound ludicrous at first. But upon further inspection, Mayweather has earned the right to be amongst these names, with or without Pacquiao.

Name a fighter that has shown the kind of dominance Mayweather has had throughout his career. When tasked with opponents that could give him trouble (Diego Corrales, for instance), Mayweather rose to the occasion and pitched virtual shutouts. Say what you want, but what Floyd Mayweather has accomplished is unprecedented in boxing when it comes to being undefeated for an extended period of time. 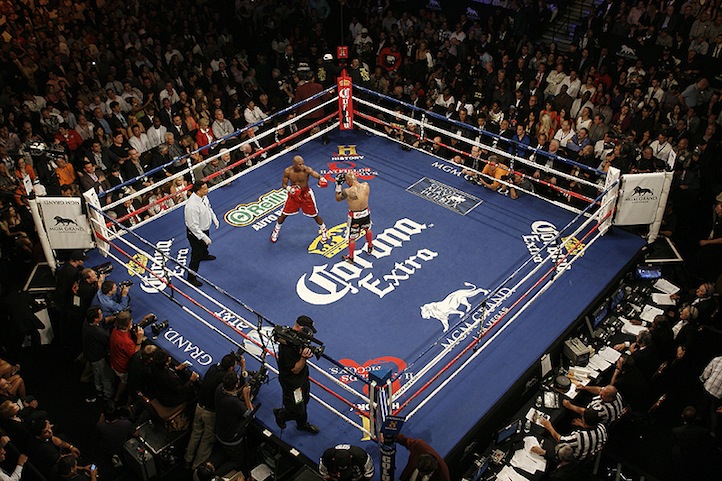 There are two key points that make “Money” stand out amongst the rest. For one, no fighter has gone undefeated for longer. Mayweather has gone sixteen years being undefeated. Only Calzaghe can say he was undefeated for almost as long at fifteen years. However, we can all agree that Mayweather has fought better competition than his UK counterpart. No, Mayweather will never touch the 90+ fight winning streaks that Chavez, Robinson, Jimmy Wilde and Pedro Carrasco put together, but he doesn’t have to fight nearly as often as they did to keep the lights on.

Notice something else different about Mayweather and the others? None (sans Calzaghe) have been able to remain undefeated past the age of 32. According to Wired, French researchers have defined the age of peak performance hovering around 26 (with the range of reaching the athletic prime gauged between 27-30). Most agree that after 30 there is an irreversible downturn in physical ability and the game then becomes much more cerebral.

Mayweather is 35, in a far more physically demanding and dangerous sport and has yet to show any signs of slowing down. For anyone who believes that Mayweather may have lost a step against Cotto, I would argue that his half-step lost is still four steps ahead of the competition.

At this point, without a Pacquiao fight, what will he gain? Anyone he beats is because he was supposed to. The only person that can beat him right now convincingly is Father Time, and he’s been waiting on Mayweather’s doorstep and is on the verge of breaking in.

Mayweather has to pick and choose wisely, should he decide to continue his career.