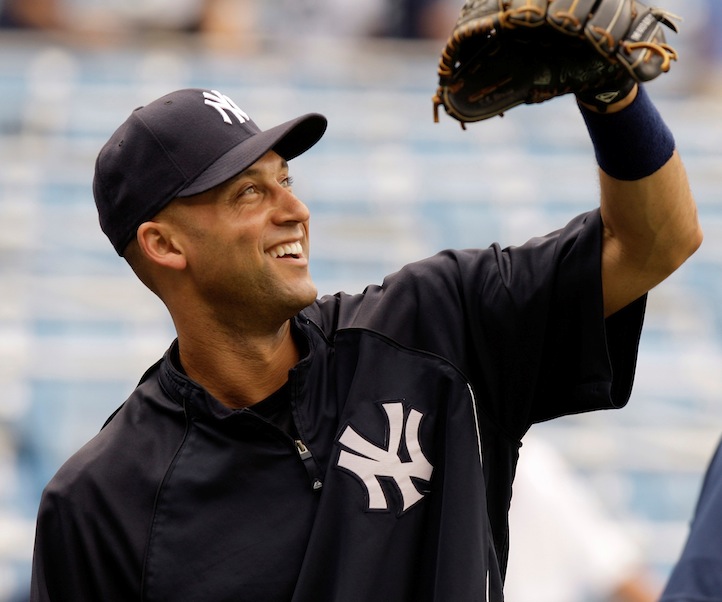 How many players on the New York Yankees 40-man roster do you think are headed to Cooperstown?

The answer is: not one, not two or three or four or five or six or seven or eight, but nine future Hall of Famers.

According to Mark Hale of The New York Post, there’s a possibility that no team in the history of baseball will have more Hall of Famers on its rosters than the 2012 Bronx Bombers. The Yanks could see nine players on this year’s squad be enshrined in the upstate New York monument –which would match the most by any team– coincidentally, with the 1931-1933 Yankees, who had nine players inducted.

Derek Jeter, Mariano Rivera, Alex Rodriguez, Robinson Cano, Mark Teixeira, CC Sabathia, Andy Pettitte, Andruw Jones and the newly acquired Ichiro Suzuki are all current players in pinstripes who are Hall candidates. The 1931-33 Yankees boasted nine Hall of Famers, including Babe Ruth, Lou Gehrig, Bill Dickey, Tony Lazzeri, Lefty Gomez, Red Ruffing, Herb Pennock, Joe Sewell and Earle Combs. While some players from the ’31-’33 Yankees squad were questionable inductee’s –Combs, Gomez and Sewell were elected by the defunct Veterans Committee in the ‘70s, nearly 40 years after their careers finished, while Lazzeri wasn’t elected until ’91– the nine Bombers on this year’s squad have legit chance of winding up with gold plaques.

Jeter, Rivera and Ichiro are three certain first ballot inductees. A-Rod will be elected, but it will take some time due his tainted past. Slugger Cano is well on his way and so is Sabathia. The candidates, who may raise an eyebrow, or two, are Pettitte, Teixeria, and Jones.

The fact that Pettitte never won a Cy Young Award, and still hasn’t won 250 games in his career may hurt his chances, but the three-time All-Star’s production during the Yankees five championship runs is perhaps the best pitching performances of our generation, ranking in as MLB’s all-time postseason wins leader with 19.

Teixeria in recent years has been the Yanks most clutch performer. When they Bombers need a hit or a run, Teixeria has delivered. The four-time Gold Glove winner and three-time Silver Slugger will most likely finish his career as one of the all-time leaders in RBIs. Still, the two-time All-Star will have stiff competition from other sluggers for the first-ballot. He’ll probably slide in on his second go-round.

Jones is the most decorated player of the three. The ten-time Gold Glove, five-time All-Star and the 2005 Hank Aaron Award and Babe Ruth Home Run Award winner production in recent years has dwindled –especially his defense in center field– but he still remains a key contributor to the Yankees. The Baseball Writers Association tends to reject a player’s earlier accomplishments and hang on the latter half of their career. If Jones keeps on hitting the ball as he has been, and the Yanks get deep into the postseason, he’ll be a lock for Cooperstown.

What do you think? Do the New York Yankees have nine Hall of Famers on its squad this year?