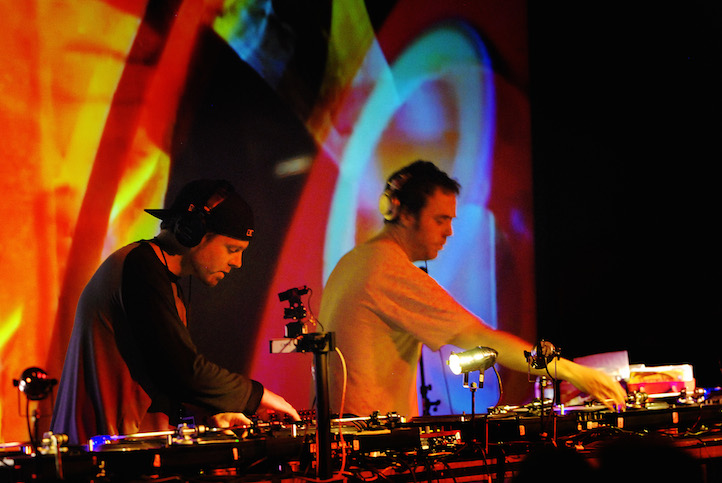 Proving true to his nickname, “Master of Records,” legendary artist and hip hop pioneer Afrika Bambaataa boasts a collection of over 40,000 vinyls. His collection, comprised of the full spectrum of music ranging from new wave to funk and the unlikely, was excavated by world-renowned artists-turntablists Cut Chemist and DJ Shadow. Cut and Shadow are currently on their vinyl-only Renegades of Rhythm tour which consists only of music from Bam’s extensive record collection. Shadow sifted through past press clips featuring exclusive interviews with Bam. “Around ’88 he mentioned specifically that he wanted to do a song with Def Leppard. I’m sitting there looking at the copy of their album that inspired him to make that statement to the press. So, it was kind of cool to make that connection,” Shadow says.

Though the mission of the tour is to present an aural narrative of Bambaataa’s impression on the history of hip hop, it’s actually much more than the account of the birth and ubiquity of the genre. It’s the story of a music aficionado that also helped in shaping the foundation of electronic dance music. Shadow further adds, “His collection reflects the genesis of everything that came after it in a lot of ways.” DJ Shadow talks to Life + Times about learning history through the sounds of Afrika Bambaataa’s invaluable vinyl assortment. 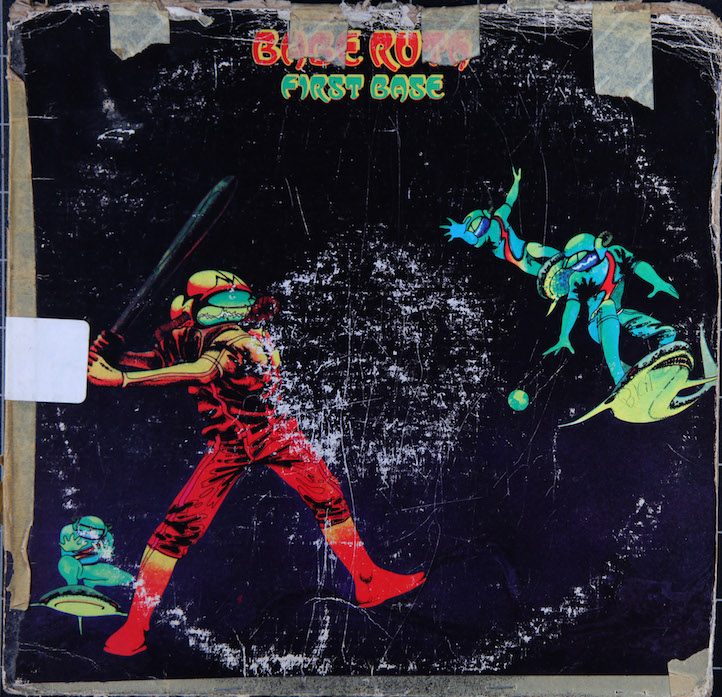 On a kind of different level, it became pretty clear when we started going through the collection which records he played a lot. So, obviously if we found two copies of a disco 12’’ we didn’t recognize or was covered up…and it was obviously something he played a lot – we pulled it because we felt like, ‘Well, this is a record he loved – so even if we don’t recognize it or it’s not a famous breakbeat – we should pull it to give it a listen.’

L+T: That makes sense. I’m sure from that experience, you both have learned something new. Going through that collection and putting together the sets, what has particularly added to your appreciation of Bambaataa and his influence?
DJ Shadow: Yeah, well, one of the things that I was hoping to see in the collection – and first of all when we got invited to do this set, the first two things we said was, (1) We want Bambaataa’s blessing because there was no way we were gonna do something like this without it. And then, (2) we wanted to make sure the collection was intact. By that I mean we wanted to make sure that the set contained everything we hoped it would. One of the things I was happy to see reflected in the set was just the really broad base of musical ground that he covered. I mean, looking at his collection was like looking at a physical representation of what the Bronx and what New York City sounded like in the ‘70s and ‘80s. So you had salsa, you had dub and reggae, you had calypso, you had soca, you had dancehall, you had samba, and you had rock, and you had new wave, and you had a ton of electronic experimental music. You had spoken word records by The Last Poets, Nikki Giovanni, and Malcolm X.

In this collection you can see all this information that kind of steered him in a certain way of thinking about music and how to wield music in a certain way. And I think a lot of that was inspired by his heroes like George Clinton…and especially James Brown. To see his childhood copies of James Brown records and to see a record – an important anthem – like It’s Just Begun by The Jimmy Castor Bunch and to know that it’s his copy. And to look at a record like “Gangsta Boogie” and see all the tags of the people from the Black Spades and people from the Soulsonic Force and stuff like that gets no closer to the epicenter of the culture itself. 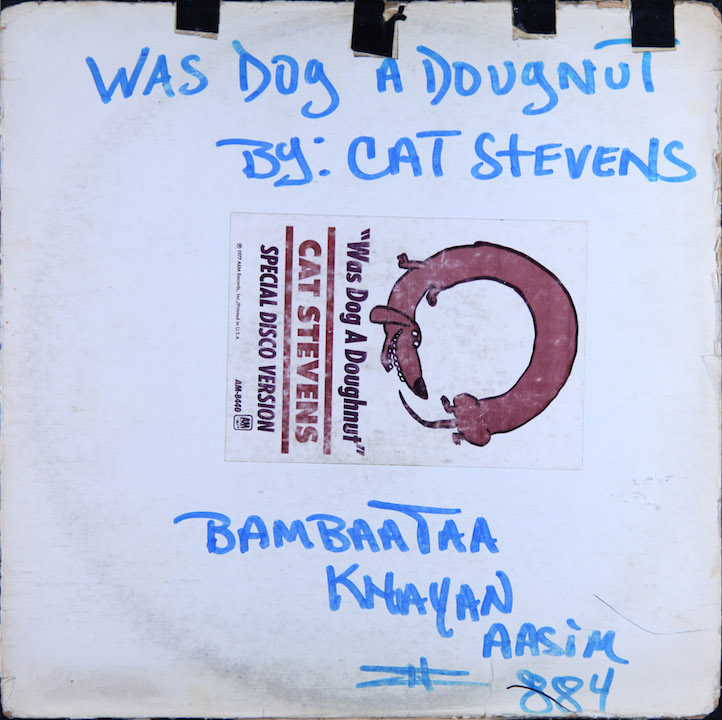 L+T: That is so amazing. I read something that Cut Chemist said in an interview – he was talking about you both. You kind of touched on this. You were saying that with some of the records you came across – calypso, dub, dancehall, and different other genres – resulted in a need for a refresher on how those genres impacted the New York music scene. Do you agree with him on needing a “refresher” on certain genres prior to the tour?
DJ Shadow: I think what he probably meant and something that I’ve voiced as well which is when we were pulling stuff there was the initial pull which was, ‘Okay, let’s make sure we get the breaks. Let’s make sure we get the important records of his own.’ We covered the basics first, but then in the process I started noticing a lot of dancehall and I’d kind of yell over to Cut [Chemist], ‘What is this record?” because there’s salsa, dancehall, dub – those aren’t necessarily my areas of expertise. I feel like I know the breaks. I know hip hop. I know go-go. I know disco pretty well, but when it came to some of the more esoteric genres – whether it was new wave or even some of the rock breaks that he had –  I was like, ‘Uh, I don’t think I know this.’ (Laughs) So, a lot of stuff that we pulled – especially if it was calypso, soca, or some of the dancehall stuff I just didn’t know those genres as well – so we wanted to pull more of that stuff to be able to go through it and kind of isolate our favorites within those genres. 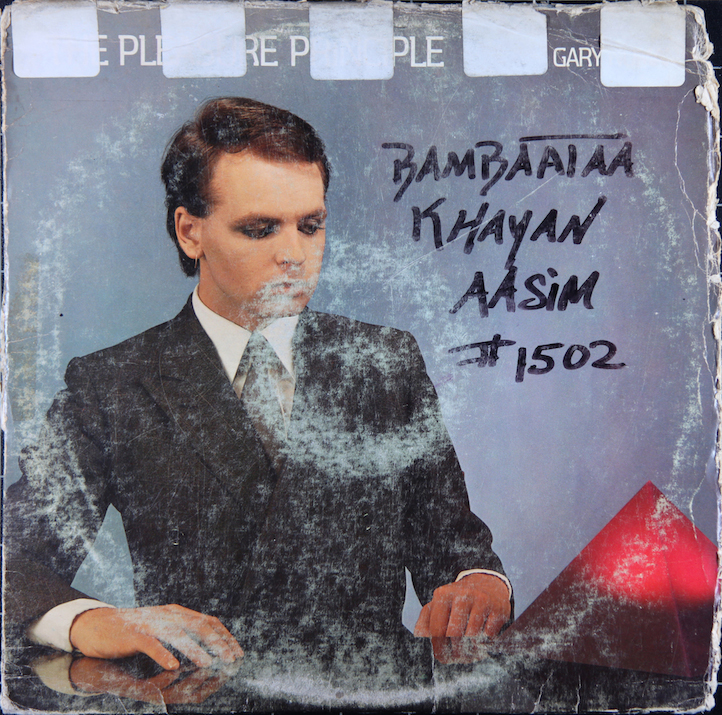 L+T: So, it’s definitely been like a history lesson for you both.
DJ Shadow: Yeah, we played this one dub, dancehall record and I can’t remember the name of the artist, but at the top of song he’s going “Dollar bill, y’all. Dollar bill, y’all. Dollar, dollar, dollar, dollar bill, y’all.” It sudden dawned on me, ‘Wait, so was Jimmy Spicer first with “[Money] Dollar Bill, Y’all” or was this reggae guy first?’ We tried to figure it out, but we couldn’t figure it out. It’s just another one of those things where it’s like, ‘Wow, I would have never put that together.’ That might have been where Jimmy Spicer got the idea to have that hook.

So, in going through his collection we learned tons of stuff. I mean, how could we not? It’s Bambaataa’s collection. It’s where so many things grew from and people like Chuck Chillout and Red Alert and Jazzy Jay and so many of Bam’s disciples that went off into the world to have their own careers and to steer the ears of others with their radio shows, their mixes, and their records that they produced. It was an incredible experience. It was a true honor.