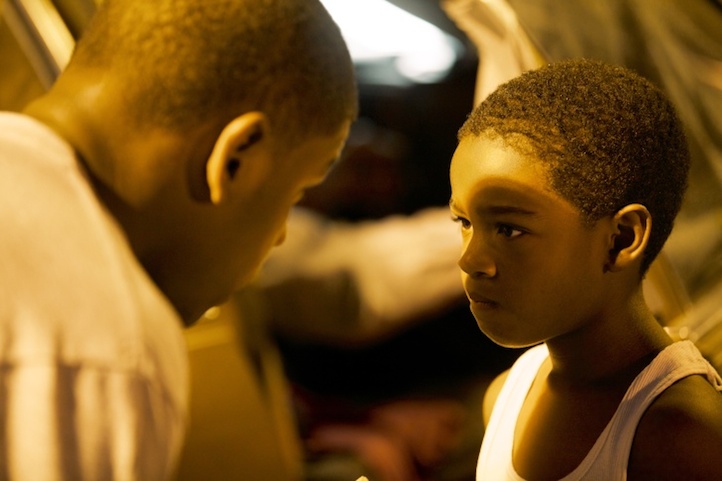 Not since the early ’90s has Black Hollywood been able to effectively tell the tale of young men fighting out of the impoverished confines of California to become upstanding citizens. Despite the critical success of films such as Boyz ‘N The Hood and Menace II Society, there haven’t been too many movies that reject the preexisting negative stereotypes and rely on the same gangster tropes of yesteryear. The results are images that outsiders continue to use to personify those that come from the darker corners of America. But there are still many untold stories from Los Angeles that must permeate into the mainstream.

Director Malik Vitthal’s first feature film Imperial Dreams debuted at the 2014 Sundance Film Festival and challenged those stereotypes by asking a simple question: Rather than take the gangster out of the ghetto, can you take the ghetto out of the gangster?

Both shot and set in Watts, California, the film is anchored by British actor John Boyega’s remarkable turn as the lead character Bambi. Determined to change his life for the better after spending 28 months behind bars for an assault charge, Bambi looks to write a way out of the hood for both he and his four-year-old son by trading instruments of black-on-black destruction for the pen and pad. But the neighborhood and the people in it haven’t changed one bit as Bambi has to deal with his drug dealing uncle (Glenn Plummer), a cousin entrenched in gang life (D’Aundre Bonds) and the mother of his child incarcerated (Keke Palmer). There is a beacon of hope in Bambi’s college bound half-brother (Rotimi) but even he wrestles with the pressures of street life.

Inspired by the real life story of Bobby “Yay Yay” Jones, Vitthal sought to outline the obstacles young men who are suffocated by poverty and crime face day in and day out. “I met Yay Yay four years ago,” Vitthal says of the inspiration behind the film as he sits in a room surrounded by his cast hours before Imperial Dreams premiered to a standing ovation “He shared his story and opened his world to me so we decided to make a fictional version of his tale.” 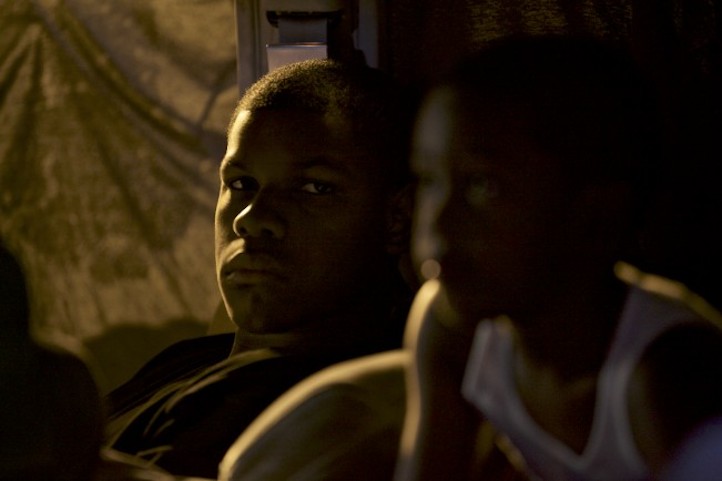 Like Bambi, Jones had been incarcerated but was determined to change his life by becoming a writer. Today, Yay Yay serves as a co-producer of the film and his presence at Sundance was proof that you can indeed take the hood out of the gangster. “I learned that he was raised by killers and he saw a man shot to death in front of him at five years old,” Vitthal continues. “That was his initial understanding of power and how the world worked. But while he was in jail he started reading a lot and realized that wasn’t what power was and he wanted to change. That transition point is very important.“

The result is a film that is both emotionally taxing and a sobering reality check for those who believe that escaping the ghetto is as simple as making a decision and sticking to it. Of course, the challenges may seem a mile high, but not everyone who is surrounded by that lifestyle succumbs to it. “Imperial Dreams is inspiring because there are a lot of kids in the inner city who don’t feel like they have an opportunity that need to hear this story,” says Rotimi, who plays Bambi’s half-brother Wayne. “Bambi created his own way and he didn’t stop at no.”

It is also a movie that offers characters that are complex individuals and not one-dimensional stereotypes. For Vitthal, it is imperative that viewers understand that not every gangster is a cold-hearted killer. They are still people and there is a reason why they become what they are. “The gangster lifestyle has been deeply mythologized in global pop culture for its chaotic, violent, impulsive inclinations,” Vitthal says. “Our intention, however, is to counter that by adding to the mix the nuances of the human condition that are also at play.”

Anika Noni Rose, who plays Bambi’s social worker, says that films such as Imperial Dreams are imperative to a culture that is constantly bombarded with negative stereotypes that lack explanation. “This film is very important for festivals like Sundance because Hollywood, and oftentimes America, has a very homogenous view of African-Americans,” Rose says.

The centerpiece of the film is the 21-year-old Boyega, who some may know from his role in Attack The Block. Born and raised in South London, the lifestyle of South Central was totally foreign to him and initially rejected the script. “Coming from the UK, I didn’t want to disrespect the culture of Watts so I truly had my reservations with taking on that role,” Boyega says in a surprisingly heavy British accent. “But I auditioned via Skype, got the part and spent the next month in Los Angeles soaking up the culture, language and mannerisms.”

The result is a startling transformation that parallels Idris Elba’s shift from British gentleman to Baltimore drug lord Russell “Stringer” Bell in HBO’s The Wire. “Jon Boyega is a monster,” says Rotimi, who has developed a strong friendship with Boyega off the screen. “He’s one of the most talented actors I’ve seen with my two eyes because he’s so different from Bambi. The cool thing about him was he didn’t want people to talk about his accent so the entire time we was on location he was in character.”

Authenticity also plays a vital role in the film. Shooting on location in Watts had its obstacles but once the people in the community understood what the film was about, they did whatever they could to help the cast and crew. Many of the people you see in the film aren’t actors at all. They are the people of Watts. “The housing authority didn’t want us shooting there because they thought that we would portray them in a bad light,” Vitthal reflects when asked about shooting at the Imperial Courts Housing Community. “The people there stood up for us and helped us get the location back. It was beautiful.“

Rotimi, who is from New Jersey, says that they would hold barbecues in the neighborhood to show their appreciation while trying to learn more about the community. “They wanted their story to be told,” he explains. “I was able to pick the gangbangers minds about what makes them make certain decisions. We were all a family and they became my big brothers.”

What many films tend to forget are the circumstances surrounding America’s impoverished communities and a flawed system that makes it increasingly difficult for one to rehabilitate. Bambi’s experience with just how difficult it is to get back on your feet when the deck is stacked against you will resonate for many. “The way Malik wrote it I felt like he wanted to take a stab at the system,” Rotimi explains. But rather than succumb to the pressure of taking the easy way out and returning to a life of crime, Bambi holds out hope that through hard work and perseverance he can escape. And that hope is exactly what anchors Imperial Dreams.

“We wanted to make sure that we injected the right amount of hope in this film,” Imperial Dreams producer Jonathan Schwartz says. “There are kids in Watts that could be Rhodes Scholars if given a different set of circumstances.” It’s a harsh look at reality, but thanks to the film’s soothing score by experimental producer Flying Lotus, the jagged little pill is a bit easier to swallow.

“We wanted to add a different flavor to this and make it more graceful to counterbalance the darker tones,” Vitthal says of how FlyLo got involved with the film. “And he’s family so I made sure his grandmother made him do it.” The lasting impression that Vitthal hoped for when the film screened at Sundance was realized when Imperial Dreams was awarded The Audience Award: Best of NEXT at Sundance. With a number of positive reviews flowing in, Schwartz says that it is only a matter of time before they announce a distribution deal and everyone can see this story of ambition, hope and love in the face of even the most bleak circumstances.

“This film is an intimate, visceral, authentic look into a broken home, which mirrors an entire generation – and how they patch it all back together,” Vitthal says. “But above all, Imperial Dreams is about learning to muster the resolve to establish your own identity, and your own sphere of love, safety, and compassion even when everything around you remains in chaos.”