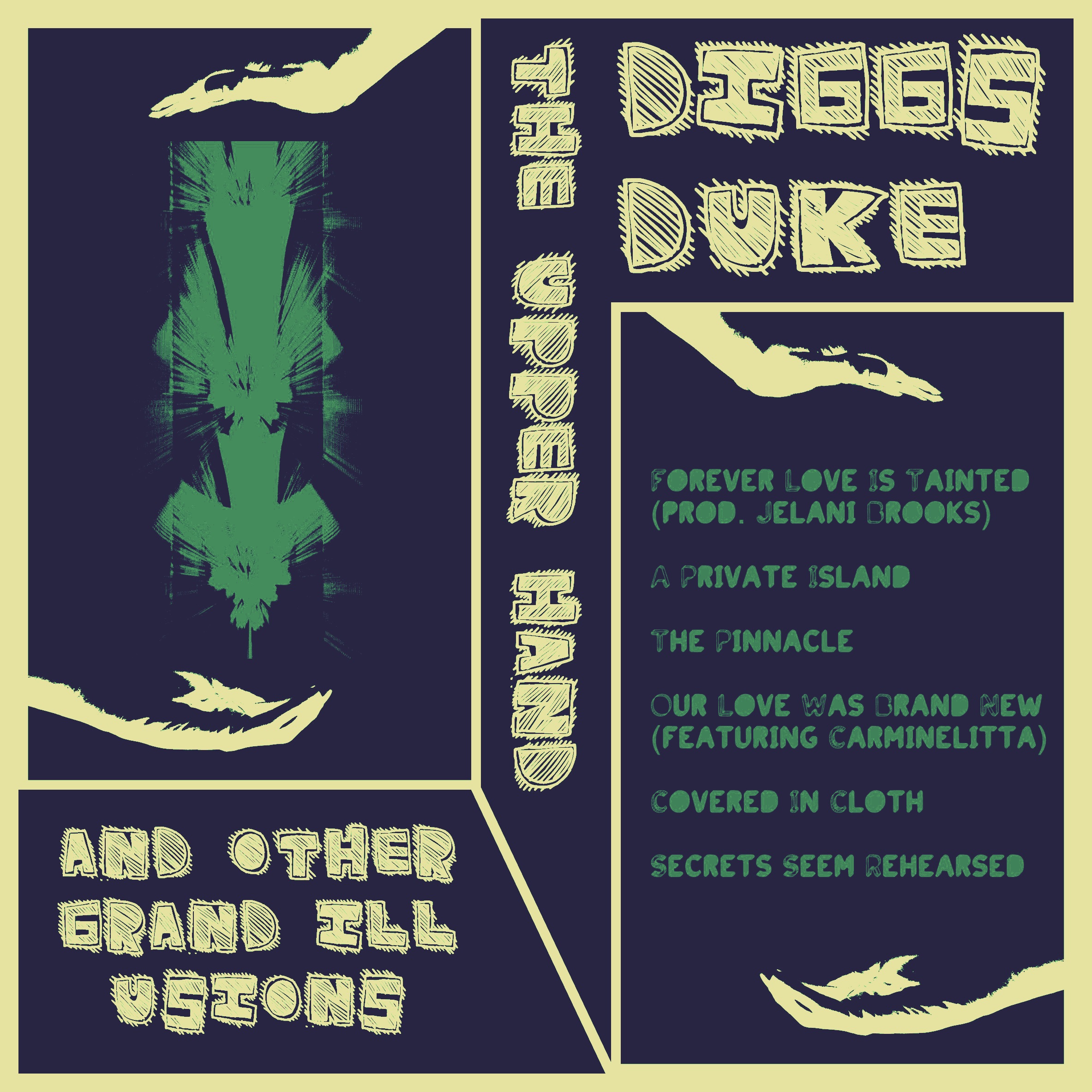 Channeling inspiration from the traditions he grew up on, Diggs Duke’s The Upper Hand And Other Grand Illusions, serves up some of the year’s most soulful and emotive records thus far. Singing, playing piano and bass, Duke’s latest EP details a collection of moments – trials in relationships and courtship – via smooth lyrics and even better grooves and musicianship.

Albeit brief – just six songs deep – it’s to the point; it’s both modernly diverse and a strong homage to ’90s R&B. Life+Times spoke with Duke, based in D.C. by way of Gary, Indiana, to break down The Upper Hand and Other Grand Illusions track-by-track.

Life+Times: Talk about the theme of the record – courtship, relationships, intimacy – and the title, The Upper Hand & Other Grand Illusions.
Diggs Duke: The first project that I came out with on Brownswood, which was kind of like an introduction to the larger audience that they have, it was a collection of songs that I had put out previously. We took the best of those and put them on a project and didn’t make up new songs so it worked out well because of what I had been doing, but it wasn’t really a good project. So for my second full-length project, I wanted to do a concept album. This project is an in-between EP practicing for my LP. I wanted to take a subject that would resonate with everyone and I also wanted to pay homage to the tradition of music that I grew up on which is R&B, soul, gospel, funk, all of that stuff coming out of Black music. So, I did this all about courting, it’s something I felt like I knew about enough and that would resonate with everybody. With the title, me and my manager in the U.S. were just chilling, going through all of the tracks, putting the songs together, tossing out names and this long thing came out: The Upper Hand & Other Grand Illusions. When you’re with somebody, there’s always that power struggle, somebody likes you more than you like them, they’ll do more for you or you’ll do more for them and it’s hardly ever equal, so you feel like you have the upper hand. But then, it’s all a big illusion because as soon as you feel like you’ve got that person, some ratchet shit pops off or something happens and you can’t get comfortable. So that’s what the project is about. Instead of telling a story, I just tried to take moments and revelations and tell little stories through different points of view.

L+T: What are the different things you’re doing on the records creatively? Singing, playing instruments, etc.?
DD: All of this stuff, overall, is produced by me. I play bass and piano and sing on all the tracks; I wrote the music for all the tracks and arranged it and sequenced it. I have contributions from other people. My friend Jelani, we’ve been playing together for a long time, he oversaw the project in spirit because I’ve taken a lot of inspiration from him. He did the first song and he did the horn arrangements on the last song, “Secrets Seem Rehearsed.” He’s a common thread throughout my music. Also, I had a guy named Terry Orlando Jones who’s a huge Prince fan. He plays the drums and he sent me a whole bunch of drum tracks, so I just went off of that. I brought people in on almost every song, “The Pinnacle Of Class & Taste” is the only one I did myself. Even there you can hear the influence of George Clinton, Prince, Cameo. Overall, it was a production by me but with a helping hand on the whole project from a few different people.