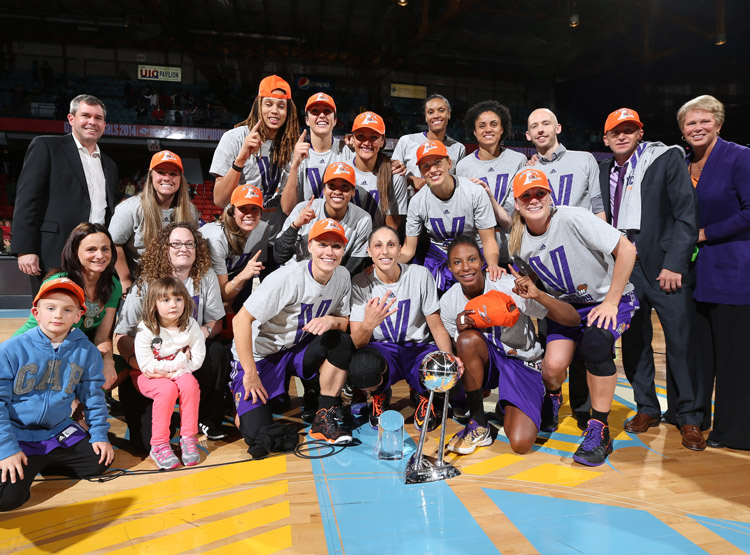 It came down to a simple fact: one team had Diana Taurasi, one team did not. The game is not as complicated as it seems and the aforementioned is certainly not a new formula for winning; it’s a well-proven fact.

Despite missing all-star center Brittney Griner – the most physically dominant player ever in the WNBA – behind Taurasi’s leadership, the Phoenix Mercury still managed to close out the Chicago Sky on the road with an 87-82 victory to win the 2014 WNBA Championship. The win capped a historic season where the Mercury won a record 29 games in the regular season.

It was a team effort, no doubt, but a one-woman show when it mattered most. After going scoreless in the third quarter, Taurasi added a new chapter to her legend going 5-for-6 in the fourth quarter for 14 points, including an and-1 with 14 seconds left to put the Mercury ahead for good.

Phil Jackson called her a “shark” after the game and that analogy couldn’t be more accurate. Taurasi is a cold-blooded killer for sure – the Kobe Bryant of the WNBA, finding comfort in the game’s most tense moments. “Today with two minutes left, we enjoyed that. That pressure of not knowing if we were going to win, we enjoyed that,” she said. She finished with 24 points, claimed Finals MVP honors and became the all-time leading scorer in WNBA Finals history in one fell swoop.

For those counting, that’s three WNBA championships: 2007, 2009, 2014. Three consecutive NCAA Championships: 2002-2004. Three Olympic Gold medals: 2004, 2008, 2012. Plus five Euroleague Championships just for good measure. She’s perhaps the greatest winner and competitor in the history of women’s basketball, and if she’s not the G.O.A.T., she’s definitely on the boat. Her numbers speak for themselves, but this story is best told by those who shared the court with her as she nailed what she calls “the biggest shot of her career.” 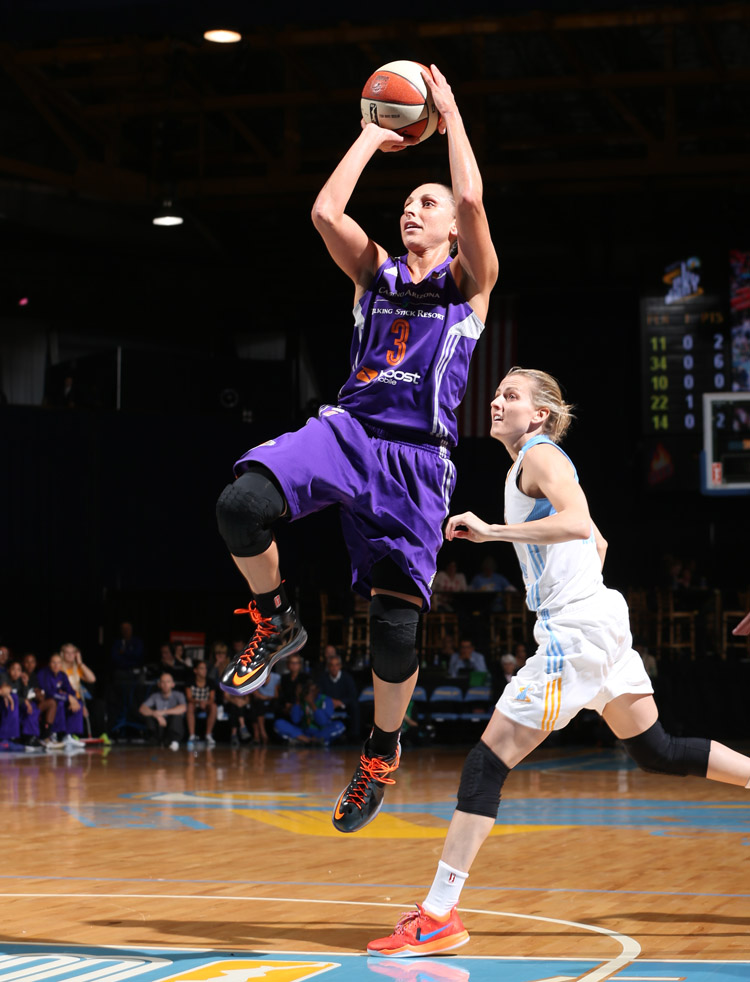 Chicago Sky all-star forward Elena Delle Donne: “They have Diana and with Diana anything is possible with her…everyone in the world knew who was taking that shot.”

Chicago Sky guard Courtney Vandersloot: “Diana Taurasi knows how to win.  She’s won at every level that she’s been at and she really showed that tonight.  She brought her whole team on her back and carried it.  She made incredible shots and that’s the type of player that she is.”

Phoenix Mercury coach Sandy Brondello: “Diana Taurasi is just amazing. I keep talking about the best player in the world and it’s because she does so many things to help the team.  She’s a great leader and she’ll lead through action or she’ll lead though constructive criticism or motivation. Whatever it takes, that’s what she’ll do. She’ll drive people to get better. She comes to work every single day and the practice level goes up because she never takes a play off. She practices so hard, I’ve never seen anything like that…regardless what happens before, when you put the ball in her hand at crunch time, she makes it happen.”

Taurasi on her final shot: “We drew that play up. We were just trying to get the clock down and take the final shot. I just made a play and it went in…You can’t chase moments. You can’t chase good shots. You can’t chase wanting to make a big play. It just comes and goes. It seems to find me a lot, and I try to make the best out of it every time.”