For anyone who doubts that video games can be art, look no further than American McGee. The video game auteur started his career working on iconic titles such as Doom, its sequel, and in 1998 became the Creative Director of Electronic Arts. Eventually his love of the gaming medium would lead him to create his own game, American McGee’s Alice, a digital undertaking that takes place after Alice’s Adventures in Wonderland and Through the Looking-Glass sagas. McGee’s title would go on to sell over 1.5 million copies. 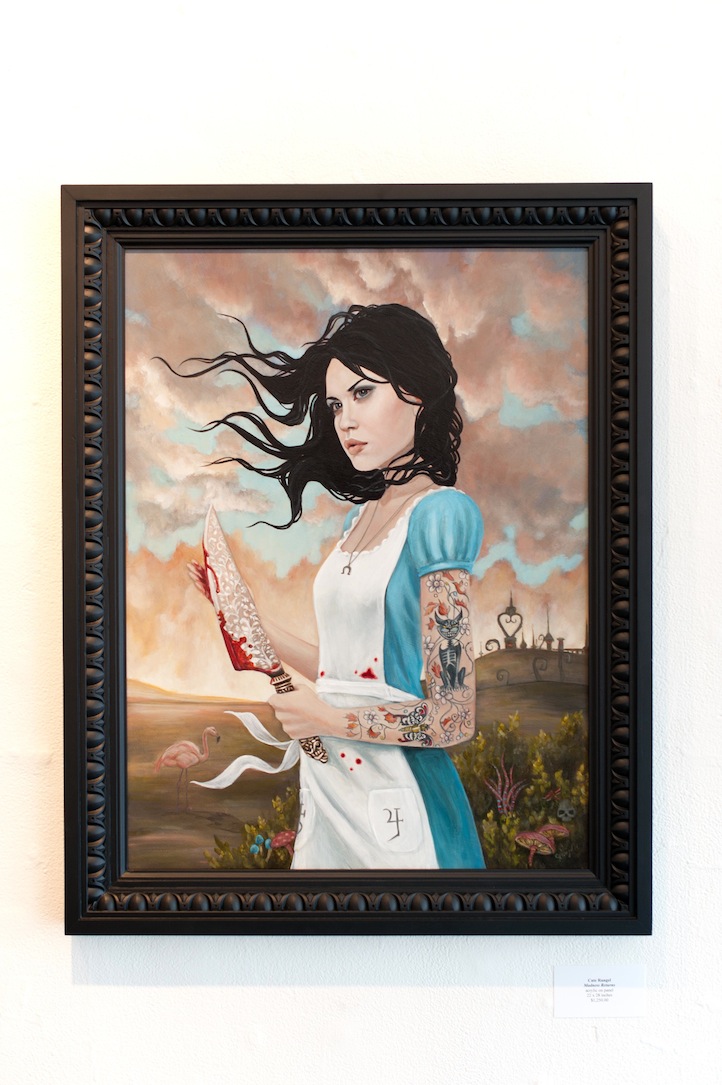 “EA asked me to create a new IP suitable to the FPS/3rd-person shooter genre,” says McGee about the game’s inception. “While thinking on this task I took a drive along California’s Highway 1 – arguably one of the most beautiful stretches of road in the world. It was during this drive that a song, “Trip Like I Do” by The Crystal Method, inspired the idea of a “Dark Land of Wonder.” From that initial idea the concept for Alice grew, feeling very obvious and right from the start.”