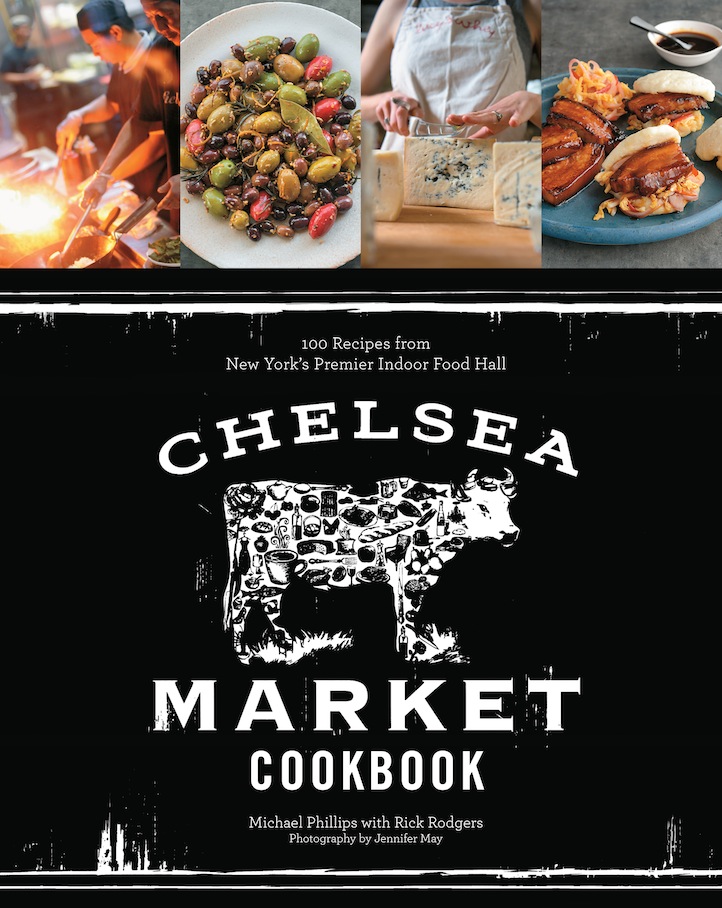 In celebration of its 15-year milestone, the Chelsea Market Cookbook collects the most interesting and famous recipes from the Market’s eclectic vendors and celebrity food personalities. Since opening its doors to the public in 1997, Chelsea Market has been an invaluable community resource for artisanal goods. The Market attracts 120,000 visitors a week and is home to 3,500 jobs. These employees work at 33 distinctive retailers—primarily culinary-focused—on the ground floor and a mix of entrepreneurial creative firms, television-production studios, and established high-tech businesses on the upper floors. Here, Michael Phillips, COO of Jamestown, the real estate firm that runs Chelsea Market, fills us in on the upcoming books release.

Life+Times: We’re coming up on the 15-year milestone of Chelsea Market, one of the most sought after destinations (specifically for the incredible food) in New York City. Can you tell me a little bit about the history of this space? What did it start out as?
Michael Phillips: In the late 1800’s and through the early 1900’s the National Biscuit Company acquired the entire complex of buildings between 15th and 16th streets and 9th and 10th Avenues known today as Chelsea Market. The building grew as the company expanded, but by the 1950’s, Nabisco decided to move its cookie plant from the current Chelsea Market location to New Jersey leaving the market to sit mostly vacant until the 1990’s. It was at this point that the Chelsea Market complex was bought by an investor who started to reinvent the buildings and begin renting the upper floors to emerging tech companies. On the ground floor he created the long interior concourse of food stores that we know famously today as Chelsea Market. The new market, now full of innovated and individually owned food purveyors, quickly became a resource for both the home cook and professional chef. Eventually, as the Meatpacking District began to evolve and change into what would be coined “Silicon Alley” and with the rise of the fashion industry from Milk Studios across the street, more upscale restaurants both inside and outside of the Market began to appeal. The completion of the elevated Highline Park only reinforced to both visitors and locals alike to take advantage of all the culinary treasures of the market.

L+T: Over the 15 years, how has the space changed – from a culinary perspective?
MP: From a culinary perspective, the market has grown and progressed as the neighborhood and the culture of food has evolved. 15 years ago the market had less than a dozen food tenants and now we have over 30, ranging from Cambodian to Mexican. However, through all of the changes, Chelsea Market has always maintained its mission of building and supporting a community through food and providing a locally sourced culinary experience for neighborhood shoppers, visitors and even the professional chef.

L+T: There’s an even greater history about this area of the city – beginning with the Algonquin Indians. Can you give me some background information?
MP: It’s quite extensive, but in short, the area has always been the locus of food in the city, beginning with the Algonquin Indians, who traded their game and crops on the banks of the Hudson River, at the same spot as today’s Chelsea Market. The natural waterfront of the Hudson once ran right up to the 10th Avenue entrance of the market and the Algonquin Indians nestled in a cove on the river’s edge and reaped bountiful harvests from the rich soil. They peacefully continued to live along the shores of the Hudson throughout much of the 1600’s, eventually trading food with the Dutch settlers. After the series of European wars, the British acquired the territory and later named it New York. Meanwhile, the farmland north of the settlement was evolving into a suburb and farmer’s market trading hub known today as Greenwich Village. 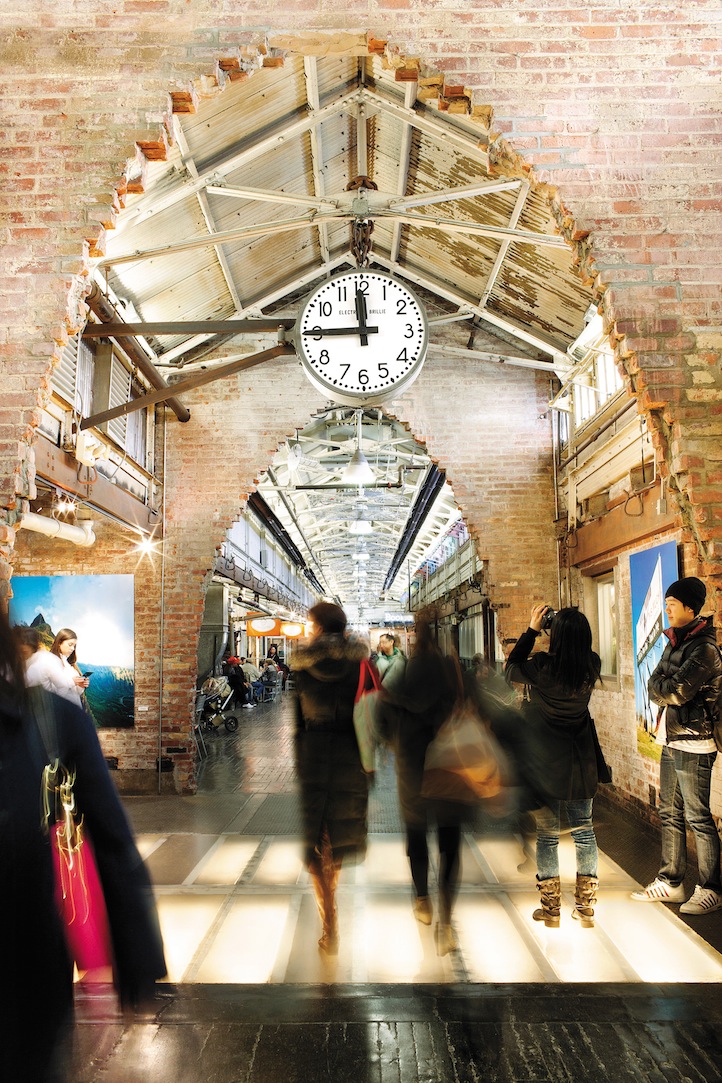 L+T: The cookbook celebrates the most interesting and famous recipes from the Market’s eclectic vendors and celebrity food personalities. What was the editing process like?
MP: The editing process was a challenge. How do you edit out so many great recipes and try and fit only 100 into a cookbook that could have literally thousands of recipes in it? It was important to Rick and I to be sure to include something from each of our vendors, chefs and people who have had an impact on the market over the years. This is where the “Friends of Chelsea Market” recipes came from because the cookbook is not just about our eclectic vendors and celebrity friends, but also the people and employees of the market who are the real backbone to the day in and day out operations of the market.

L+T: In your eyes, what makes Chelsea Market such a special place? What it is about this environment that has become such an influential destination?
MP: What makes CM such a special place is the constant energy, sights and smells of what’s going on around you. This place has become an influential destination because it is truly a unique NYC experience. Just like New York with many diverse cultures represented, the market has a similar feel with cuisines and purveyors from all over the world. 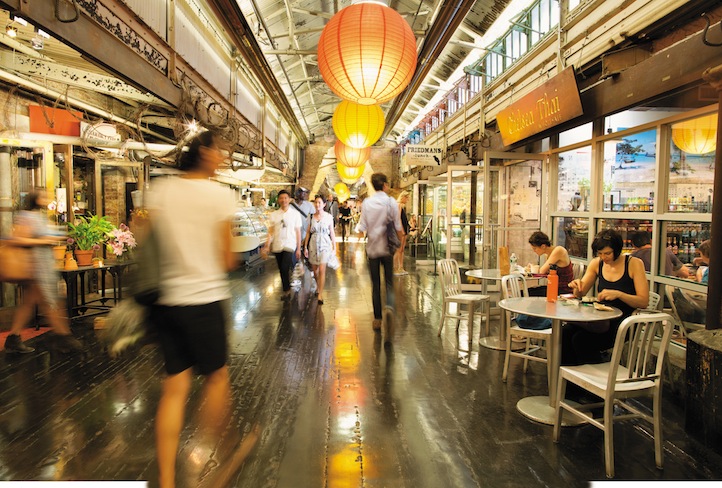 L+T: When putting this book together – what did you learn about each other that you previously didn’t know?
MP: I really enjoyed learning about Rick’s personal connection and experiences to The Meatpacking District, back when it wasn’t the neighborhood we know today. Those stories will remain off the record (for both of our sakes!) but they will always make me laugh in awe and remember how completely insane and gritty this neighborhood was for a long time, and how it has evolved into the trendy fashion and tech-mecca that it is today.

L+T: What were some of the challenges you faced when putting together this tome?
MP: I’d say the hardest part was actually testing the recipes and trying to edit them from large format recipes in some instances (such as with the chili recipe which was created for hundreds of people) to those made for only six to ten people. 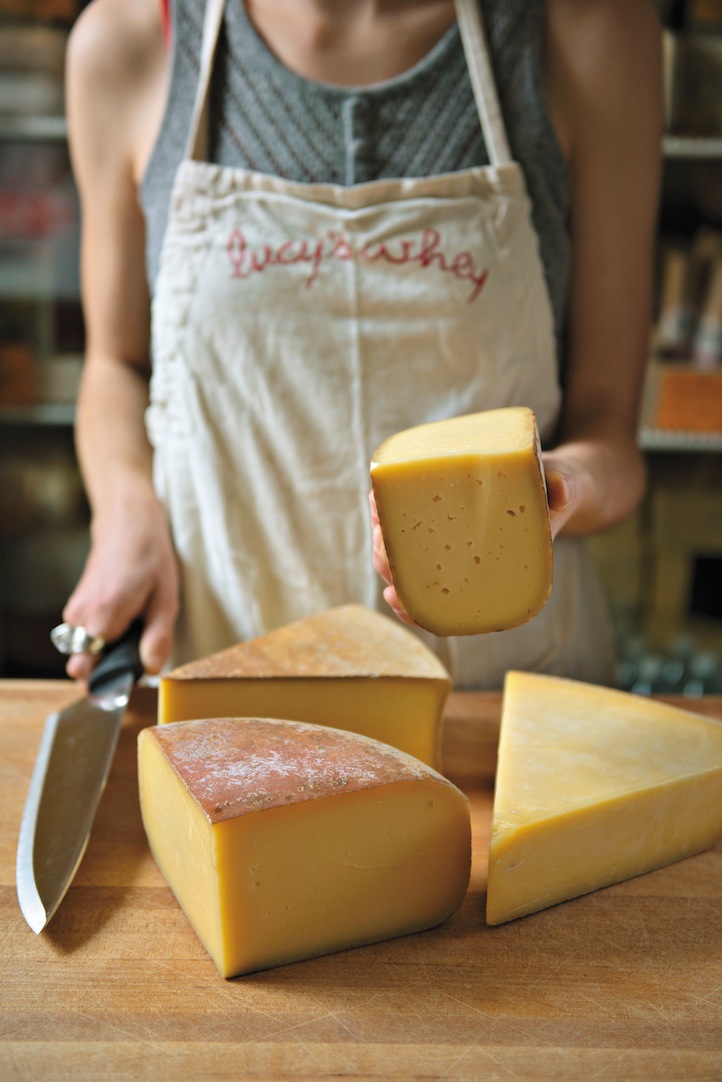