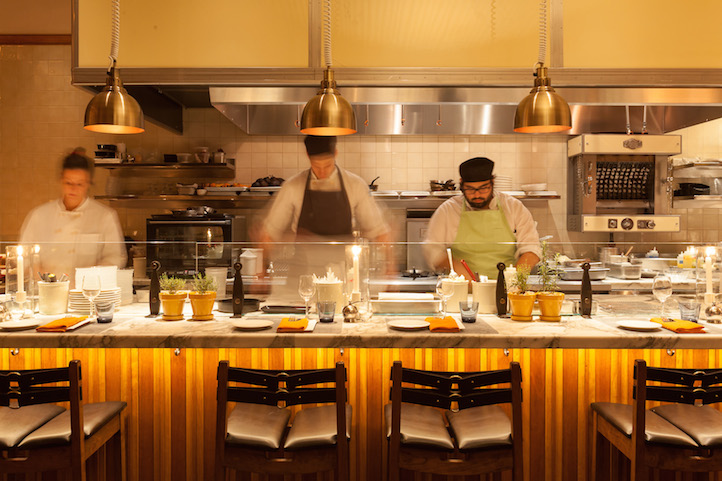 Narcissa is the new restaurant from Michelin star rated Chef John Fraser. Located in The Standard, East Village in NYC, it has opened to the delight of guests and critics. The famed chef’s vegetable-driven menu, roasting, rotisserie and slow-cooking techniques and use of locally-grown ingredients have garnered much attention since Narcissa’s opening this past January. The inspiration behind how the eatery was named may be just as attention grabbing. “Narcissa is the name of the farm’s original dairy cow. She has a somewhat feisty personality,” says Fraser, proving that sometimes, inspiration can come from the least obvious of places. The farm he speaks of is that of André Balazs, the hotelier and residential developer, whose André Balazs Properties owns a collection of luxury hotels that includes The Standard, East Village. Narcissa is currently opened for dinner, and expects to introduce breakfast, lunch and weekend brunch to its menu sometime this Spring. Here, John Fraser, who has previously found success with the pop-up experiment What Happens When and the Upper West Side’s Dovetail, speaks with Life+Times about California being the backbone of his cooking style, working with André Balazs and taking the concept of farm-to-table to the next level.

Life+Times: Has having access to André Balazs’ farm, The Locusts On Hudson made it easier for you to create dishes the way you want?
Chef John Fraser: The key reason I was attracted to this project was because of André’s upstate farm, The Locusts On Hudson, where we source much of our produce. It is really the foundation on which we built the entire concept of the restaurant. By having access to the farm, we really have control over the ingredients we are using. We’re able to take the term “farm-to-table” to another level. I work closely with the farmers, and we have a continued dialogue about what we would like to grow and the harvesting process. For instance, they can harvest some ingredients “young” or “overwintered,” which can impact their flavor profiles. You are not just sourcing from them, but also part of the process. It is really every chef’s dream. There are also some challenges which may come with this. For instance, one week, I received several pounds of squash, so we had to figure out how to use them all. It really stretches your creativity. 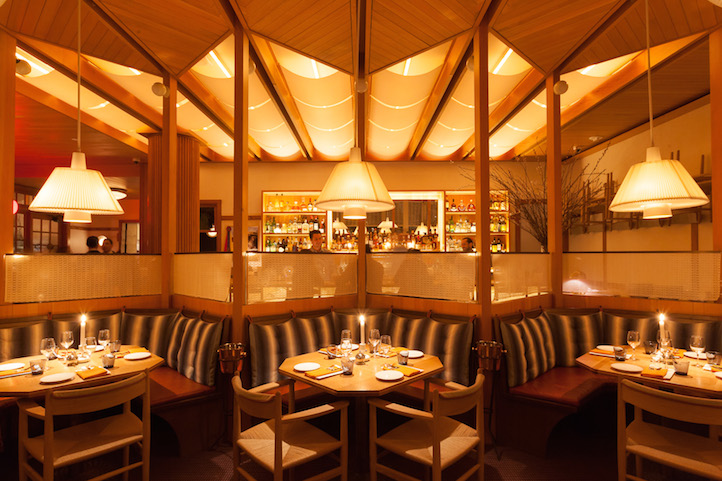 L+T: What’s your favorite dish on Narcissa’s menu?
JF: That’s hard to say, because it changes as often as the menu changes, but one of my early favorites is the Barley Risotto with manila clams, leeks and oregano. This dish is a great example of how we are using ingredients to create a whole new concept that still tastes familiar. For this dish, our inspiration was the traditional linguine vongole, but we’ve created a lighter and more flavor-driven version by using barley risotto as our base and adding in leeks.

L+T: What are some of the things that inspire your menus?
JF: I find inspiration in many places. Of course, the farm and the ingredients we receive are a huge factor. I personally switched to a vegetable-based diet in 2011, so being able to incorporate multiple vegetable options has been really exciting. We are also using rotisserie and slow cooking techniques. For me, these methods go back to where cooking essentially started – slowly over a fire. It is a very slow process, as opposed to aggressive or more modern styles. The rotisserie and open kitchen also impact the ambience of the entire restaurant. To me, food is really about bringing people together. I think the combination of the ambience from the kitchen activity and the food has helped us to achieve just that.

L+T: How will how you apply those inspirations differentiate between Dovetail and Narcissa?
JF: The Upper West Side crowd at Dovetail differs from the East Village crowd at Narcissa, but the philosophy behind both of the restaurants is essentially the same, especially in regards to how we treat food, elevate ingredients in their purest state and organize ourselves in the kitchen. I think the biggest differentiator between the two restaurants is the venue in which these philosophies are executed. At Narcissa, we have an open kitchen with all our rotisseries in full view, whereas Dovetail has a more traditional kitchen that you can’t view from the dining room.

L+T: You’re from California, you’ve spent time in Paris and you’ve opened multiple restaurants in New York City. Which city has had the biggest impact on your cooking style? How so?
JF: I would say that California is definitely the backbone of my cooking style. It is very ingredient focused, very simple and healthy. We use slow cooking and rotisserie techniques at Narcissa to really showcase the true flavors of the ingredients, with the rustic, flavor driven taste profiles these methods can provide.

L+T: With What Happens When, was it exciting having such freedom with the ever-changing menu and décor and being able to offer something so different from the normal and expected restaurant experience?
JF: I really loved being collaborative and spirit of it being connected to the restaurant in every aspect – from design to music to, of course, the kitchen. I loved the whimsicality of What Happens When and the idea that you could have lots of changes and take lots of risks, because we always knew the restaurant would close. There is an element of that at Narcissa as well, since we source so much from the farm. Every day brings a new quantity of produce that can present exciting challenges, like having too many sweet potatoes or not enough eggs, which will keep us on our toes in the kitchen and stretch our creativity on a daily basis.

L+T: What is it about what The Standard represents that makes it the right place for Narcissa?
JF: André Balazs and his team approached me and let me know that I would have an opportunity to source produce from their farm upstate, which definitely piqued my interest and ultimately sealed the deal. As you can see by our menu, we are having a lot of fun experimenting with all the great produce we get from the farm and showcasing it for our guests. To be able to work directly with the farmers, to not only source fresh vegetables, but also be involved with the process, is really every chef’s dream. Partnering with André has also been exciting because of his vision and innovation. In moving downtown, we are able to show that a true culinary experience can be a bigger part of the city’s nightlife experience. 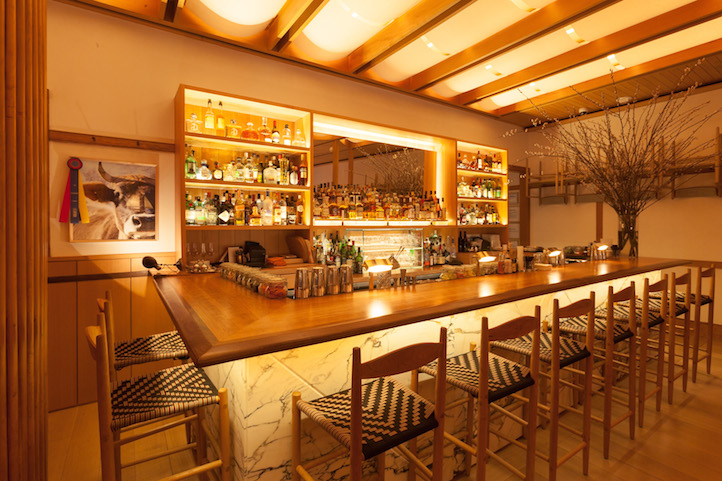