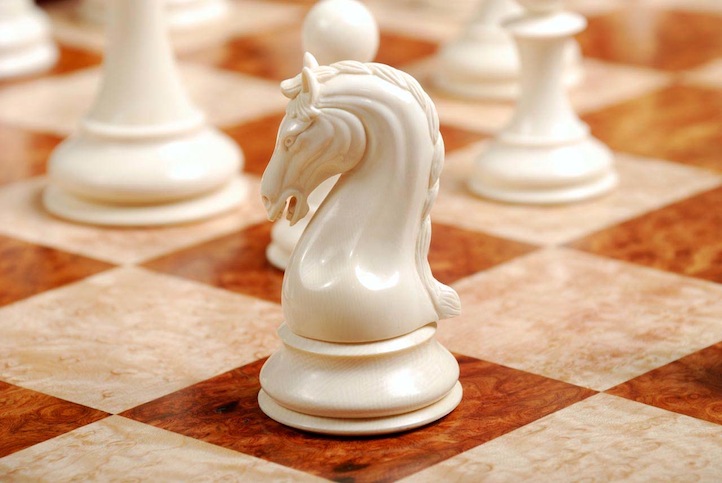 Dating back over 1,000 years, chess is the most recognized and widely played board game in the world. The modern interpretation of the game of strategy and skill was honed in Europe and its contemporary designs perfected specifically, in England. It was there that in 1849, Nathaniel Cooke patented the Staunton Pattern Chessmen (named for chess star Howard Staunton), the style commonly seen today, which features the equestrian knight, towering rook and omnipresent Queen.

The set was manufactured and sold by the famed Jaques of London in the same year and subsequently the new style became a hit with players. Its simple design made it easier to produce, effectively lowering the cost, and the through the simplicity and instantly recognizable aspect of pieces, the design has endured for more than 145 years. In fact, the Staunton offering is the only set sanctioned by the US Chess Federation and the International Chess Federation for competition play. 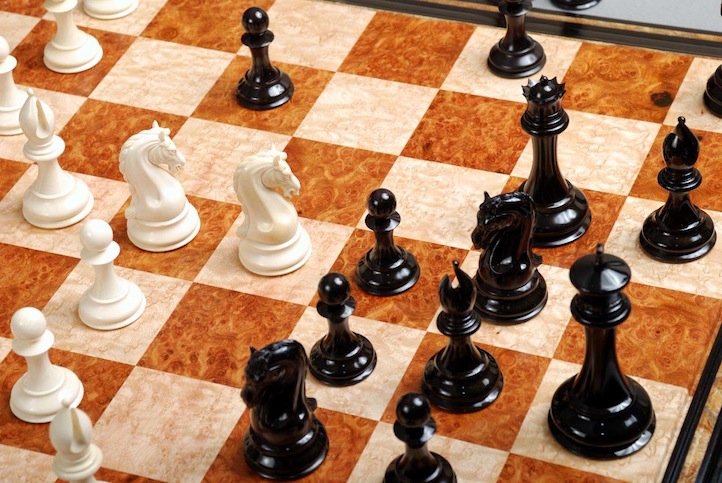 Dedicating itself to this particular aspect of the game of chess, the aptly named House of Staunton in Madison, Alabama caters to chess players of all skill sets, providing them with some of the most exquisite chess sets and boards on the market today. Founded in 1990 by International Chess Master Frank A. Camaratta Jr., House of Staunton’s carries an array of chess-related items, but has managed to corner the market with one unique offering: a 34-piece chess set made from the tusks of the extinct wooly mammoth, dubbed the Mammoth Ivory Collector’s Series Luxury Chess Set.

“Prior to WWII, ivory Staunton chessman (carved from elephant and walrus tusks) were fairly common,” says Camaratta Jr. “Since one of my goals was to recreate designs from the late Victorian period, we would have to consider the use of ivory, and since we couldn’t produce sets in African ivory due to governmental and environmental considerations, we decided to use 20,000 to 40,000 year-old mammoth ivory, mined from old tar pits in Siberia.“ 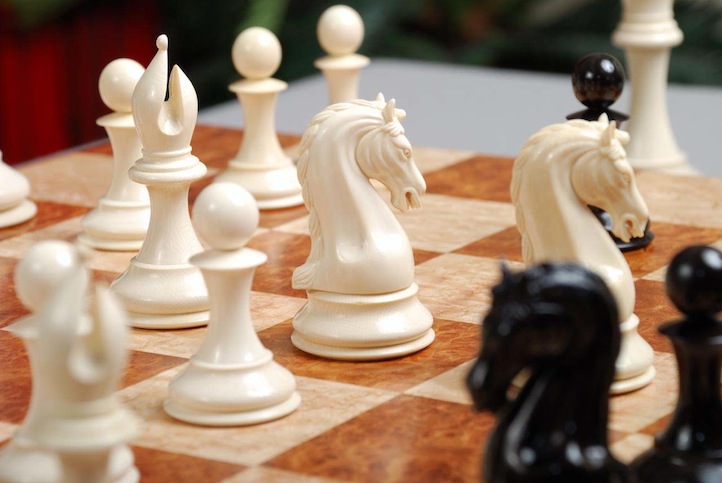 Since less than one percent of mammoth tusks are suitable to use for chess pieces, the result of each set is an exquisite collection of pieces that are as much conversation pieces as they are playing instruments. Creating the pieces, which are done in sets of two at a time, takes about six to eight weeks and involves a process similar to making wooden chess pieces.

“The pieces and pawns are turned on a lathe while the Knight heads are hand-carved. The dark side is then stained black,” says Camaratta Jr. Citing a historical footnote, he adds, “red was the traditional color for the dark chessmen, (but) it was difficult to get the mammoth ivory to take a uniform stain, while black seemed to work. To be able to offer these unique sets at a more reasonable coat, I decided to offer the set with ebony for the dark chessmen.”