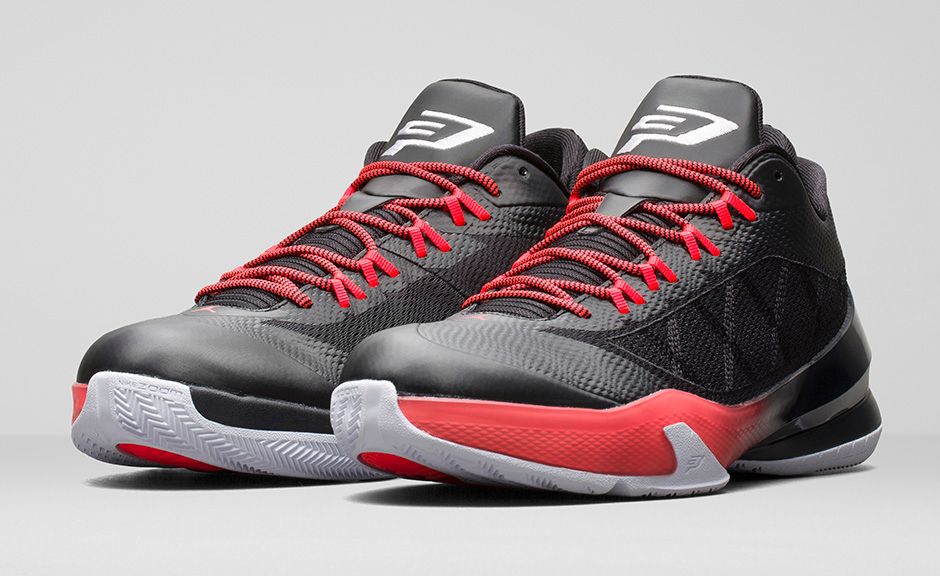 From changes in their diet to obscure off-season medical procedures, the world’s top athletes are in a constant search for anything that can provide them a potential advantage over their opponents. For a select few – including Los Angeles Clippers point guard Chris Paul – this process includes having signature footwear crafted to their exact specifications. The seven-time all-star will rock the Jordan CP3.VIII this season, the eighth edition of his signature shoe, in hopes of guiding the franchise to its first Western Conference Finals and beyond.

Life+Times spoke with Jordan Brand about Chris Paul and the CP3.VIII.

L+T: What are some of the things he looked for specifically in the CP3.VIII as far as technology and performance?
Jordan Brand: Chris is incredibly involved in the design process of the shoe, and works closely with Jordan Brand designers to create a shoe that is made specifically for his game. He asks designers to incorporate elements that give him an edge on opponents, from the cushioning and Flight Web lockdown system to the rubberized outsole that helps him stop on a dime. One of CP’s favorite moves is to stop and then pull back into a crossover. The CP3.VIII contains traction on the inside of the forefoot (since he usually comes back up on his right toe during this move). CP has said that specific elements like this additional traction allow him to get enough separation from his defender to take a shot.

L+T: How does the CP3.VIII compare to its predecessor, the CP3.VII? Anything different, improved, more advanced?
JB: It’s more of an evolution within the CP line – a shoe that complements everything from cutting to passing to playing with speed. The textile upper provides lightweight support, while synthetic overlays on the heel and toe provide durability. Nike Zoom units under the forefoot create responsive cushioning, and a herringbone pattern on the heel enhances the multi-directional traction that has become a staple in the CP3 line. The CP3.VIII is also a little lighter than previous iterations. Beyond the shoe’s performance elements, the CP3 signature line has always included personalized touches, helping distinguish Paul’s game-day footwear. The Jordan CP3.VIII continues that trend, with a family tree detailed on the inside of the tongue, complementing the traditional chevron design that pays tribute to patriarchs of the Paul family. 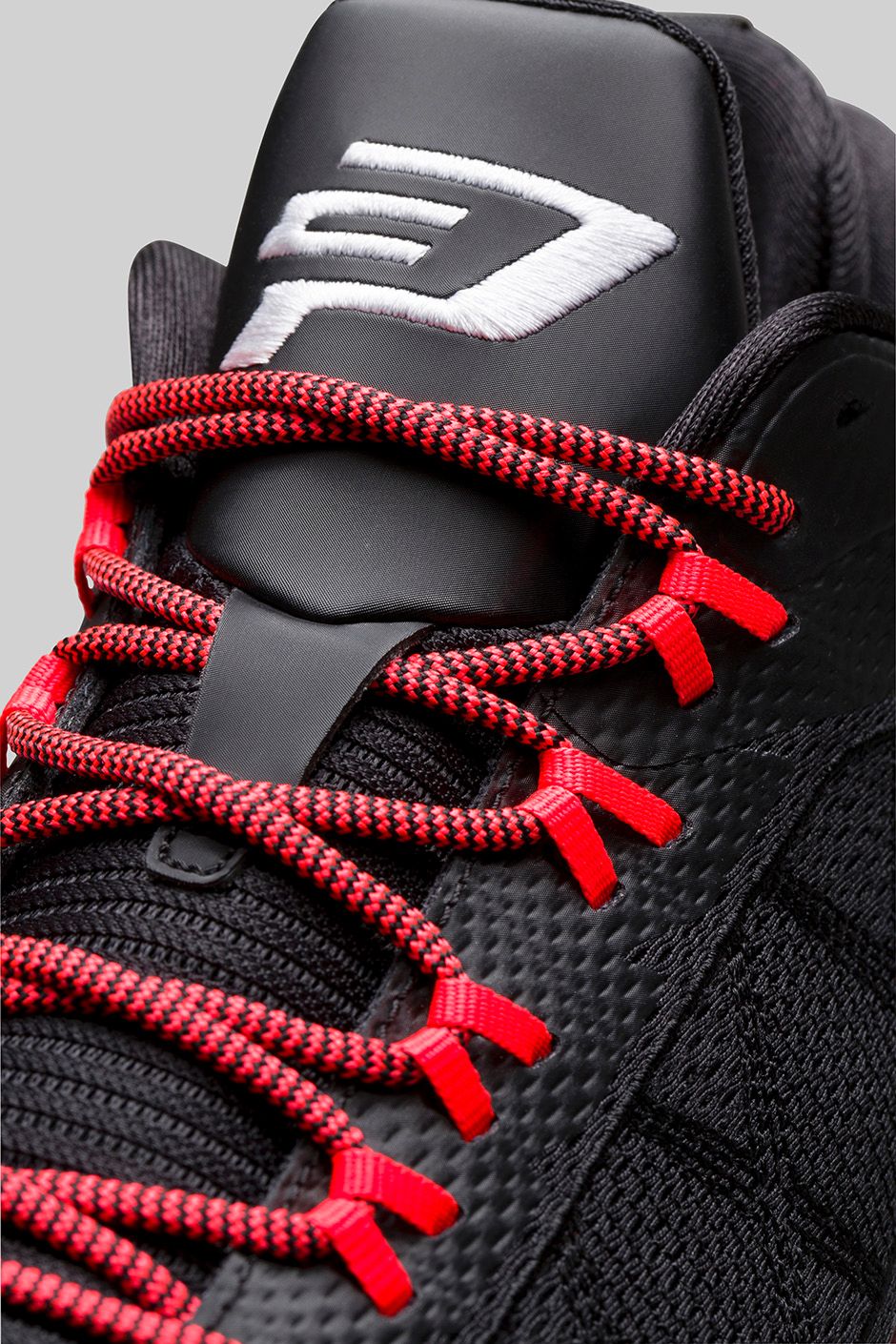 L+T: What are the most important aspects for a shoe that is designed for speed?
JB: Paul’s game is notoriously fast, and he requires a shoe he can trust when he’s making quick changes in direction, stopping in an instant or initiating a high-speed attack on the rim. The TPU chassis provides the necessary stability for the speed Paul is known for.  A unique 5/8-height, coupled with an innersleeve, delivers a sock-like fit in a model that is made for players with an up-tempo game. 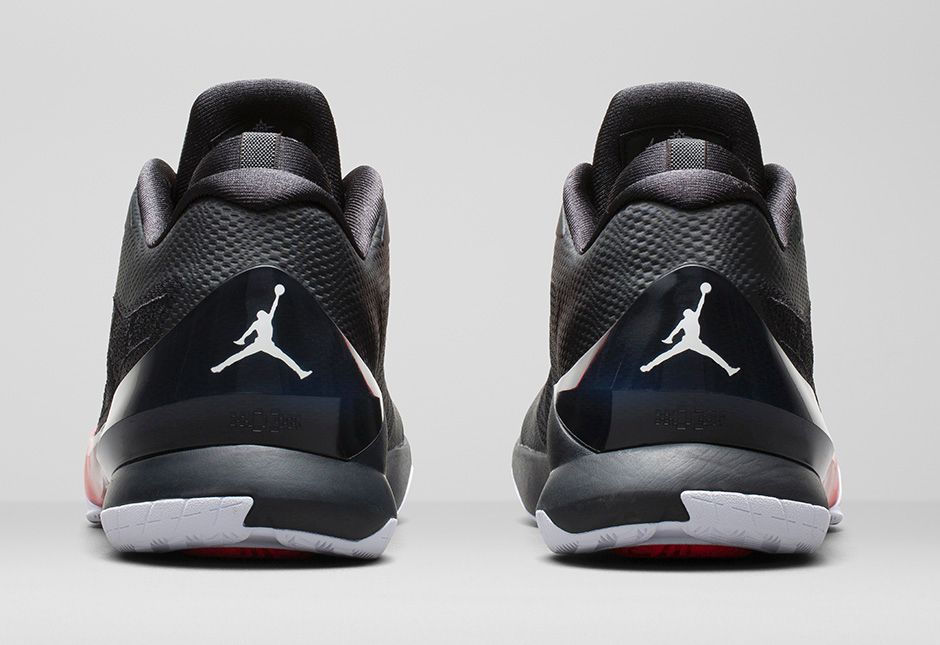 L+T: Jordan XX8, XX9, Super.Fly and Melo M10 all utilize FlightPlate technology. Is that present in the CP3.VIII? Any reason why not?
JB: CP3.VIII does not include FlightPlate. The Jordan Brand lineup of performance shoes offers a variety of fits, upper materials and cushioning technologies for athletes to choose from. This year, the team worked with Chris to create a shoe that is low to the ground and incredibly responsive, using a combination of foam and Nike Zoom to provide the ideal cushioning and responsiveness to complement CP’s game.

L+T: What was his reaction upon playing in them?
JB: Chris is happy with the CP3.VIII—he has even joked that he feels like wearing his shoe gives him an edge over opponents because it was created just for him. And then there’s the legendary CP love for NIKEiD; expect to see some amazing colors on-court throughout the season.

L+T: Is that something CP emphasized? He’s mentioned buying his own shoes from Nike ID before.
JB: Chris is very passionate about both the technology design and the visual elements of his Jordan Brand shoes so he is a frequent shopper on Nike ID. He recently shared his first CP3.VIII iD shoe on Instagram.

The CP3.VIII is available now.