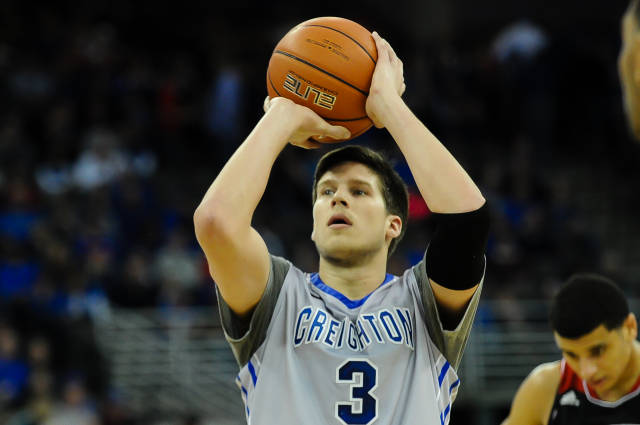 When you’re a two-time consensus First Team All-American, on the verge of becoming the first three-time selection since Patrick Ewing and Wayman Tisdale, chances are you will draw a lot of attention, especially from the competition. Enter Creighton’s 6-foot-8 senior forward Doug McDermott, who leads him team in rebounding and scoring, and is one the nation’s best, most polished players. He’s a leading Player of the Year candidate and will likely be a lottery pick in the NBA draft.

Watching him play, one immediately notices that he never stops moving. Much of this is a product of the Bluejays’ offense – coached by McDermott’s father, Greg – which makes sure that McDermott is in constant motion, moving from screening to rolling to posting up to facing up on the perimeter every 35 seconds. He can get hot from the outside or play around the rim and finish with either hand. Currently, McDermott’s 24.3 points per game are tops in the Big East and second in the country; he’s a member of the esteemed “50-40-90” (50 percent shooting from the field, 40 percent shooting from three, 90 percent shooting from the free throw line) club typically reserved in the NBA for Kevin Durant

“He’s the best player in the country, so you don’t want to let him get 35,” DePaul head coach Oliver Purnell said after a recent 81-62 loss to the Bluejays. “We started the game – we were going to double not only in the low post, but in the long post to try to get it out of his hands. We did a pretty good job of that. Sooner or later, that guy’s gonna get going, and still, on an off-night, he gets 19. I just think he’s the best player in college basketball and you’ve got to pay attention to him.”

In one of McDermott’s duller games of the season, DePaul held him to 6-for-16 shooting for 19 points, forcing him into four turnovers.

Though his shooting percentage was down, it did not decrease his overall impact on the game, and the attention he garnered opened things up for his sharpshooting teammates. “They’re a really good ball club,” said Purnell. “Their style is really tough for us to matchup with. We were doing a pretty good job in the first half of switching out and making it hard on McDermott. We actually did a pretty good job on him, forcing him into low percentage shooting. But when you pay that much attention to him, it really opens up things for their three-point shooting, which is the second biggest strength of their team. McDermott first, then their ability to space the court and knock down the three.”

McDermott’s teammates combined to knock down 10 threes, and five of them scored in double figures. “I haven’t had a lot of starts like that,” he said, “So, mentally, I was kind of down to start, and I regrouped at halftime. Our team was really tough there in the second half.” 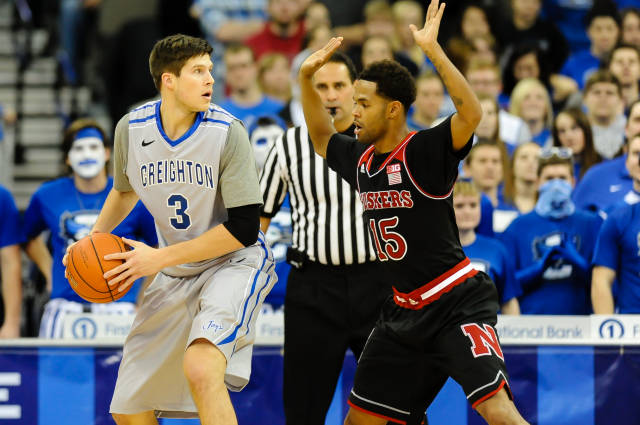 Life will be rough like this all year for McDermott and his Bluejays, as they embark on their inaugural season in the new Big East, but it’s a welcomed challenge and surely a great preparer for the next level. “It’s much more physical,” the Ames, Iowa product said of his new league. “It’s a different conference, there’s a lot more athletes, teams can rebound it a lot better. The Valley’s a great conference; teams like do grind it out a bit more in the valley, and we’ve had more uptempo games here in the Big East. We’ve really enjoyed it so far, it’s only going to get tougher, though.”