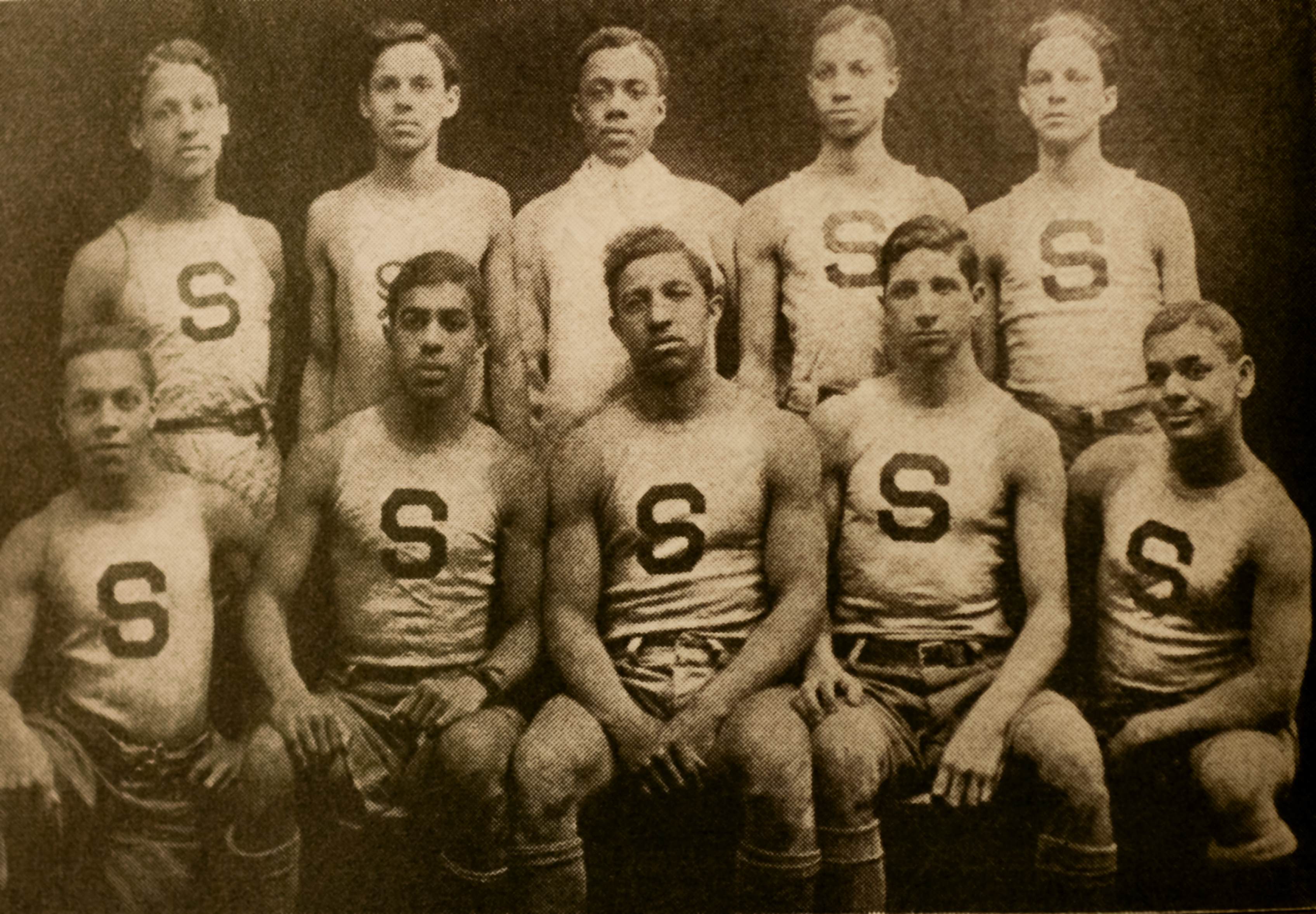 Life+Times: Why have the Black Fives teams and that era of African-American basketball not received that same attention as the Negro Leagues in baseball?
Claude Johnson: Well, it’s not a conspiracy, it just so happens that a couple of things happened. When the NBA was formed, they was a merger of the two existing leagues, the National Basketball League and the Basketball Association of America. When they merged, the history of basketball was really all about promoting the NBA which, at the time, was struggling financially. That also was the end of the Black Fives era, so the best team around at that time – the New York Rens – folded as result of being left out of that transaction. So, there was no reason to talk about them in the league’s publicity because, at first, there were no Black players in the NBA. The other team that was around was the Harlem Globetrotters, a fabulously talented group of players with a promoter that was often criticized for his exploitation of the players and reinforcement of racial stereotypes; nevertheless, he was also brilliant in terms of promoting basketball. That was Abe Saperstein. The NBA was struggling and they had previous arrangements (handshakes, unwritten agreements) with Saperstein, that none of the NBA teams would sign Black players because that would jeopardize his monopoly on Black basketball. He wanted all of Black basketball. The way he had leverage is that he would play in front of NBA games, so it would be a Globetrotters-NBA double-header. 10,000 people would come to see the Globetrotters, while if it was just an NBA game, far fewer people would come. So, the NBA owners were beholden to Saperstein. After that, it became college basketball – the NIT and NCAA – the Globetrotters whenever anybody wanted to know about the latest trends in Black basketball, and the NBA. So, the previous teams that brought everybody there were really overlooked. To be fair, it wasn’t just the Black teams, it was pretty much all the teams [that were overlooked]. You and I, we’ve never heard about the NBL and BAA. 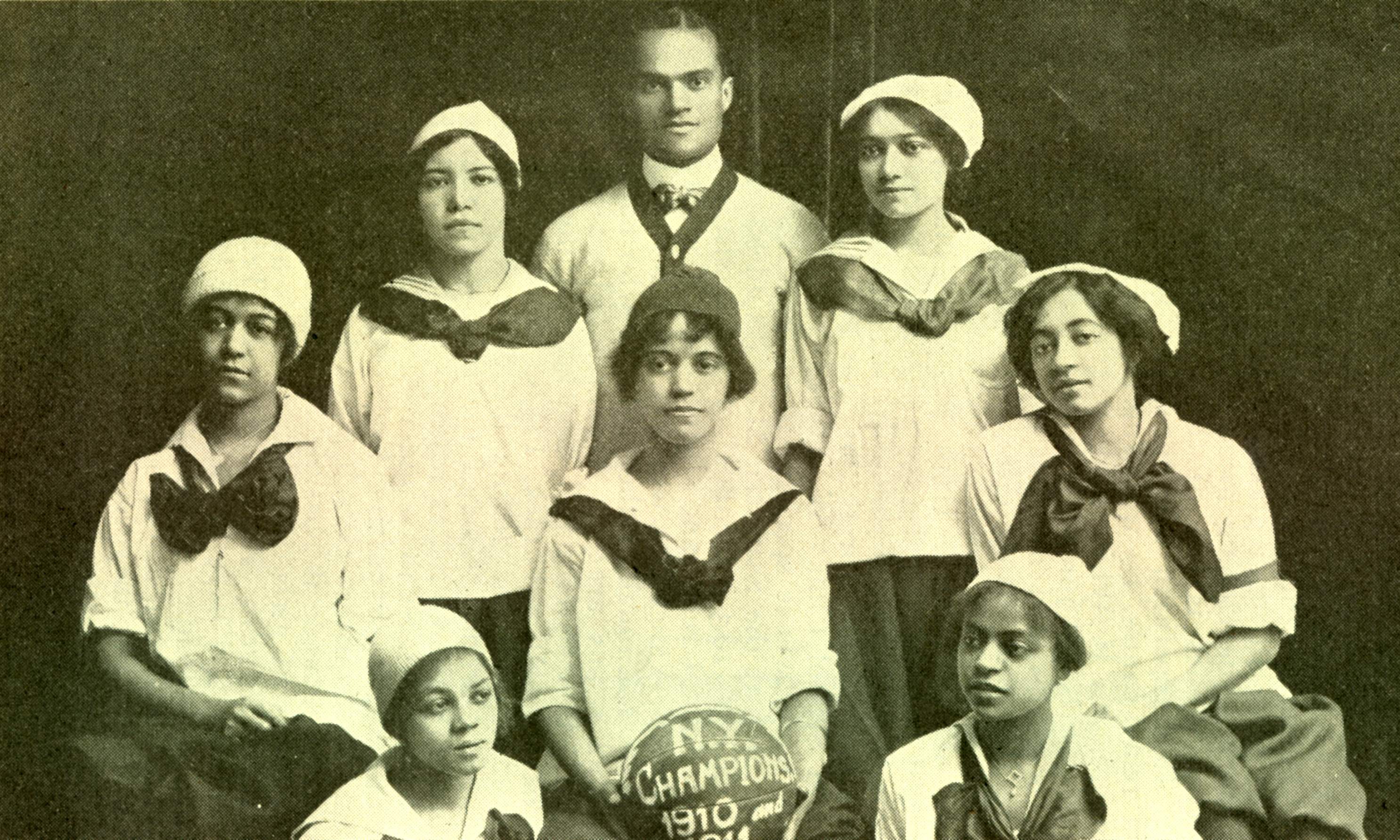 L+T: How important were those early teams to Black communities, in particular? It was bigger than basketball, there would be dances or concerts after the games. Talk about the purposes these teams served.
CJ: At the very beginning, Black teams did not really have any place to play. They were excluded – racially prohibited – from [most facilities] at the time. So, what happened, the phonograph started popularizing Black music. Prior to that, the only way you could listen was live or sheet music. When people started hearing ragtime especially, but also jazz and blues, they wanted to see orchestras and bands. Enterprising Black basketball promoters saw that and said, “Ok, let’s get an empty ballroom and bring in a basketball game and a Black orchestra.” They also recognized that in the community, people were influx. There were hundreds of thousands of African-American migrants from the South, so it was overcrowded which also led to poor health conditions for many Black Americans at the time. In New York City, the mortality rate from lung diseases was 25 percent. To think that all those people were dying, it caused Black leaders to say, “There’s something about the strengthening of the lungs, let’s create athletic opportunities and athletic clubs.” So, the original point of basketball was not so much for basketball [as sport], but more to bring awareness about health and physical fitness, and bring communities together. They didn’t have social media, many didn’t even have phones. If you went to a basketball game, A) you had a chance to meet somebody; or B) they were from a different part of town. This was Black people coming together, this was how you found out what was going on. It became a socially meaningful event. Basketball was just the vehicle. The music part of it was an African-American innovation out of necessity. Today, you go to any game, there’s music involved somehow. At halftime, there’s a DJ, there’s something. That marriage came from 100 years ago. Sports, music and community have been together in the Black community for 100 years now.