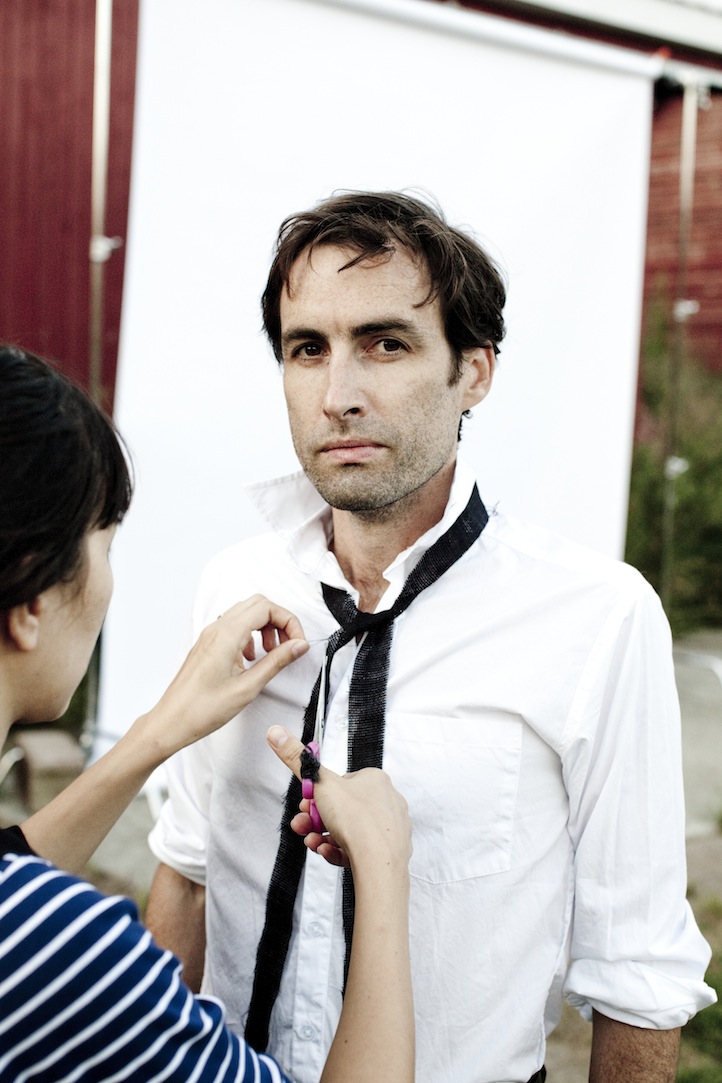 What do you give a man that has everything and needs nothing? You give him an open mind to hear his creative process. Such is the case with musical prodigy, Andrew Bird, who releases his 12th album, Break It Yourself, today. Bird’s latest musical confection is chock full of charming violins, guitars and drums that accompany whimsical lyrics that beautifully narrate the entire album. The songwriter and multi-instrumentalist mouths off on the challenges faced while producing his latest album, human nature, The Muppets and what it felt like working with Annie Clark/St. Vincent.

Life+Times: First off, I really want to tell you that I enjoyed the album. I really felt like it told a story from start to finish and the lyrics really narrated everything…and it’s just beautiful. I know you’re not a rookie to the music scene and obviously your lyrics are full of meaning, what would you say was your biggest challenge in putting together Break It Yourself?
Andrew Bird: Biggest challenge? I think the actual recording process was about as natural and enjoyable as it has ever been. The actual recording was not easy, but the biggest challenge was to keep it simple and to be cool with the roughness of it, I guess. From the start, I was kind of going for that live, sort of lopsided feeling, but when you gotta sit with a record for another year and a half or two years before it comes out, it’s kind of hard to sit there and be cool with that.

L+T: Yeah, I understand. And I guess with that being said, what would you say was your key inspiration for the album?
AB: Well, I think I’m taking on a different approach to writing lyrics this time. Whereas before I might have been content with a metaphor thing often outer space and not feel a need to bring it down to earth. This time I was compelled to do that, I think. It’s dealing with human concerns rather than molecules and scientific phenomena. Even when it does bring in ideas like that, it still relates it to a human.

L+T: On “Lazy Projector,” this is actually one of my favorite songs on the album, the last three verses you say that “I can’t see the sense in us breaking up at all” and you repeated that three times. Is this referring to forgetting a break up…or can you explain that one for me?
AB: Well, the first two sentences of the song is talking about selective memory, like deciding what we choose to remember from a relationship. From that three year relationship you were in, what’s the synopsis? It’s just questioning who the editor of that synopsis is. The conclusion is like a lazy projector. The last third of the song can almost be a different song. It’s like turning the lights on and talking about something else. I actually wrote those lyrics for the new Muppets movie. Kermit was wondering what went wrong with The Muppets and why they broke up. I just took it and thought this lightens the mood. It kind of changed the perspective of the whole song.

L+T: How was it working with Annie Clark {St. Vincent) on “Lusitania?”
AB: It was great. I was finishing that song while we were on tour together and I always try to debut songs in front of people as soon as possible. I felt like the second verse needed a different voice so we just threw it together and did it on stage and it just really worked from the first shaky performance of it. So, I made sure that when we recorded it that she was involved. Yeah, she’s awesome.

L+T: Are there any other particular musicians that you look forward to working with in the future or anyone that you have in mind?
AB: Well, I don’t get to play with a band too often, so I look forward to working with them. The new bass player is amazing, but…no, to answer your question. I’m really kind of content with either playing by myself or with the few people I feel comfortable in playing with.

L+T: Regarding “Belles.” That was a great ending for an album, strictly instrumental, no lyrics. What made you choose a song with no lyrics to end the entire album?
AB: Well, I always like to do that. I’m really kind of obsessed with segways, the little in-between vignettes. I’ve been doing that since the first record. I kind of think, ok, you listen to this song you just recorded and you think ‘What do I want to hear next?’ After three or four songs, you just get a little weary of my one person’s perspective. So when I put a record together, I really like to give the listener a break. I think that’s the feeling of a lot of singer/songwriter records. It just wears you down hearing from one person’s thoughts and feelings. So, anyways, the “Belles” thing was an experiment that had a lot of happy accidents in it and was not what I ever intended to be on a record. It seemed like the way to close it.