As noted in the documentary Venus and Serena, no tennis players – male or female – have been as dominant or influential in the sport in the last two decades as the two sisters from Compton, California. While they’ve long been in the public eye, under the close microscope of supporters and critics alike, they, along with their family (especially their father), have managed to remain extremely private at the same time. Thus, the Magnolia Pictures documentary provides a rare glimpse into the lives of the Williams sisters, following them for nearly a year. “It was almost a year – the year of 2011 – and it wasn’t every single day, but we had 400 hours of following them and we had 50 hours of interviews,” said Michelle Major writer and co-director of Venus and Serena.

“My whole life I’ve loved watching tennis – Bjorn Borg and John McEnroe when I was younger in the 80s,” added Maiken Baird, the film’s director. “Then when they came along, Venus and Serena, it was like revolutionary. They were sisters, African-American, not from the traditional tennis backgrounds. They revolutionized the game and they also transcended the sport. It was so clear to me that it would make such an amazing story to get to know them a little better. We’ve seen them win Wimbledon, the U.S. Open, etc., but we don’t really know them, and I felt that it was important for all of us to get to know them, where they came from and who they are. That’s why we chose the verité style, so you can feel like you’re there with them, and when you leave feel like you’ve learned a little bit more about their life, who they really are as women and what makes them tick.”

Life+Times caught up with co-directors Baird and Major to discuss Venus and Serena. 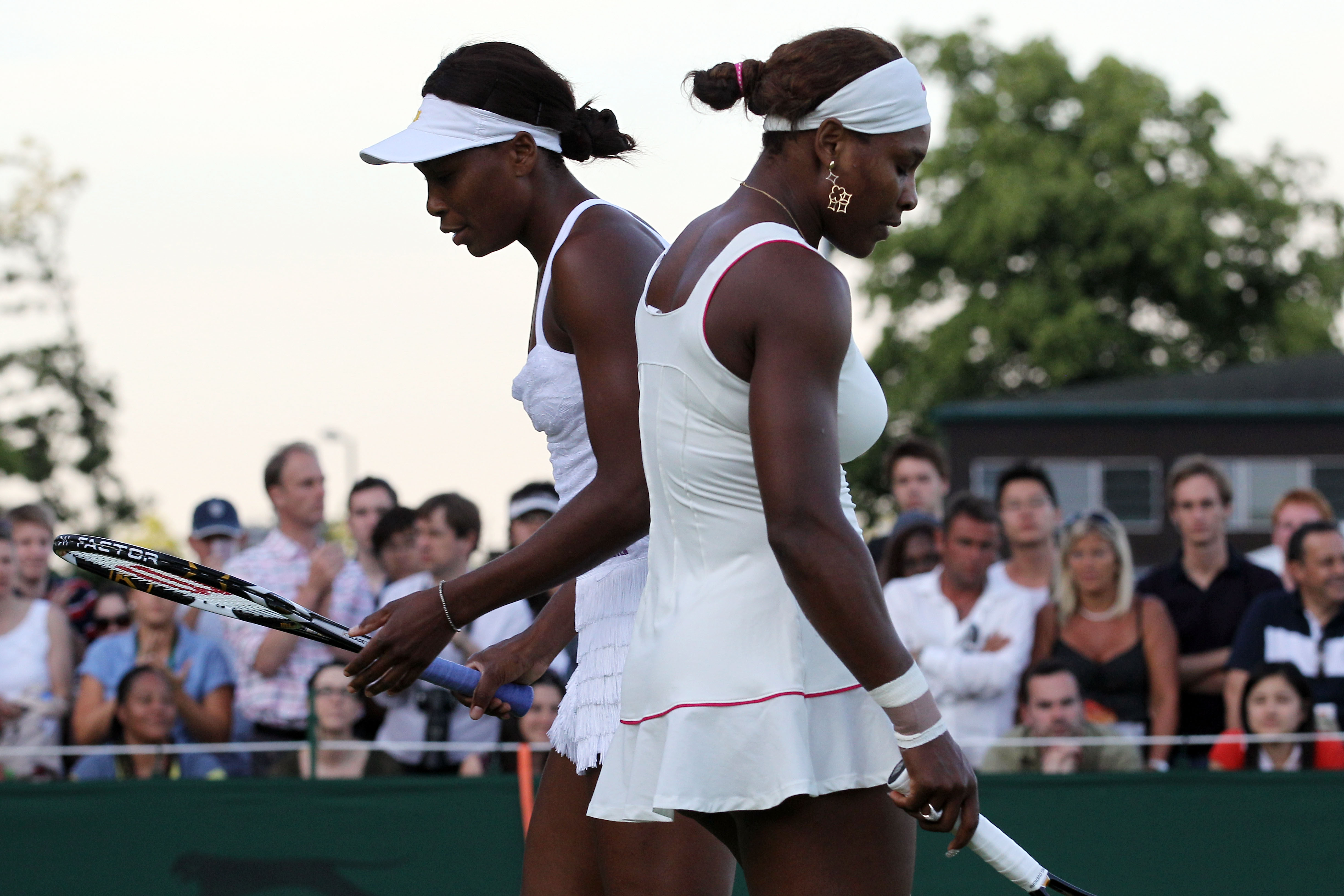 Life+Times: Talk about the process of bringing idea of the film to Venus and Serena as well as to their parents.
Maiken Baird: When Michelle and I met in the summer of 2007 in New York, and we were just throwing ideas around and this idea came up, we both were very [passionate] about making a film about these two sisters and finding out more about them. So, we took a very long process of getting the sort of trust and access that we felt we needed to  make the film what you see today. So, it took us about three years to get a meeting with Venus in the summer of 2010. Then we managed to convince her and the people she was with at the time, her agent and [one of] her sisters.
Michelle Major: Basically, Venus liked the idea. We had a great conversation with her and after that meeting she green-lit the project and everybody else automatically came on board. Serena, the young sister – as you see in the film – she follows her big sister. So big sister made the decision, little sister agreed and everybody else came after that, there was not really a big persuasion with the rest of the family. Except everyday we filmed with [their father,] Richard, we had to persuade him [laughs]. We had to ask him again if he didn’t mind being filmed.

L+T: From seeing the film and hearing things about them, they seem to be very private people, especially their father. Were they pretty open when you all were interviewing them?
MM: I think, first of all, Serena is an open book. So once you get her started – and Venus, too – they were willing to talk. Because they agreed to this project, they were very, very open with us. I think that they were probably more open than they’ve ever been with journalists or any kind of media because they agreed to do this and they knew what it was going to be and they thought it was important to document their lives at this stage in their careers. There wasn’t really a problem getting them to be open at all. We’re grateful for that. Richard off camera was a great guy: so friendly, very respectful. Then some days, he just wasn’t in the mood, and he’d say, “I don’t wanna be filmed today.” I’d say, “Mr. Williams, can we put a mic on you?” and he’d say, “No.” Then the next day, he’d be like, “I’m ready to go today, I’ll take the mic.” It just depended on his mood.

L+T: Did they have any influence on the final product? What were their thoughts when they saw the final thing?
MM: Interestingly enough, we tried to do a screening with them, but they’re from the school – or they invented the school – of don’t watch yourself in the media. Even though we’ve done this film, I don’t even know if Oracene has ever seen it, I don’t know if Richard has ever seen it. We were told Serena did not see it before it showed in Toronto. I know Venus saw it, and [her sister] Isha, and their agent. But I think the family really thinks of it as Venus and Serena’s film that they were just helping out on. And really, to Oracene’s point, she’s like, “I don’t pay any attention. I taught my daughter’s not to pay any attention to what the media ever says about them.” So, I think she sticks with that. I don’t know if she’s seen it, although I’ve texted with her about it. I just don’t know [laughs]. I know that sounds strange, but they gave us a year of their life, and then were like, “Enough. Now we’re going to be private again. Leave us alone.”

L+T: How did you all go about the editing process, deciding what to keep and what not to keep?
MB: We hired Sam Pollard, who’s a very, very good editor. He’s been editing Spike Lee‘s movies for years. He’s very experienced and has been in the business for a very long time. He started editing in September and edited for about nine months. So, the editing process is almost more key than any of the other stages because it is narrowing down all of that material and making it into a film that flows and hopefully you can follow. The dipping in and out of the time periods, going back into their youth and then coming back to the year, was the most difficult part of the process. 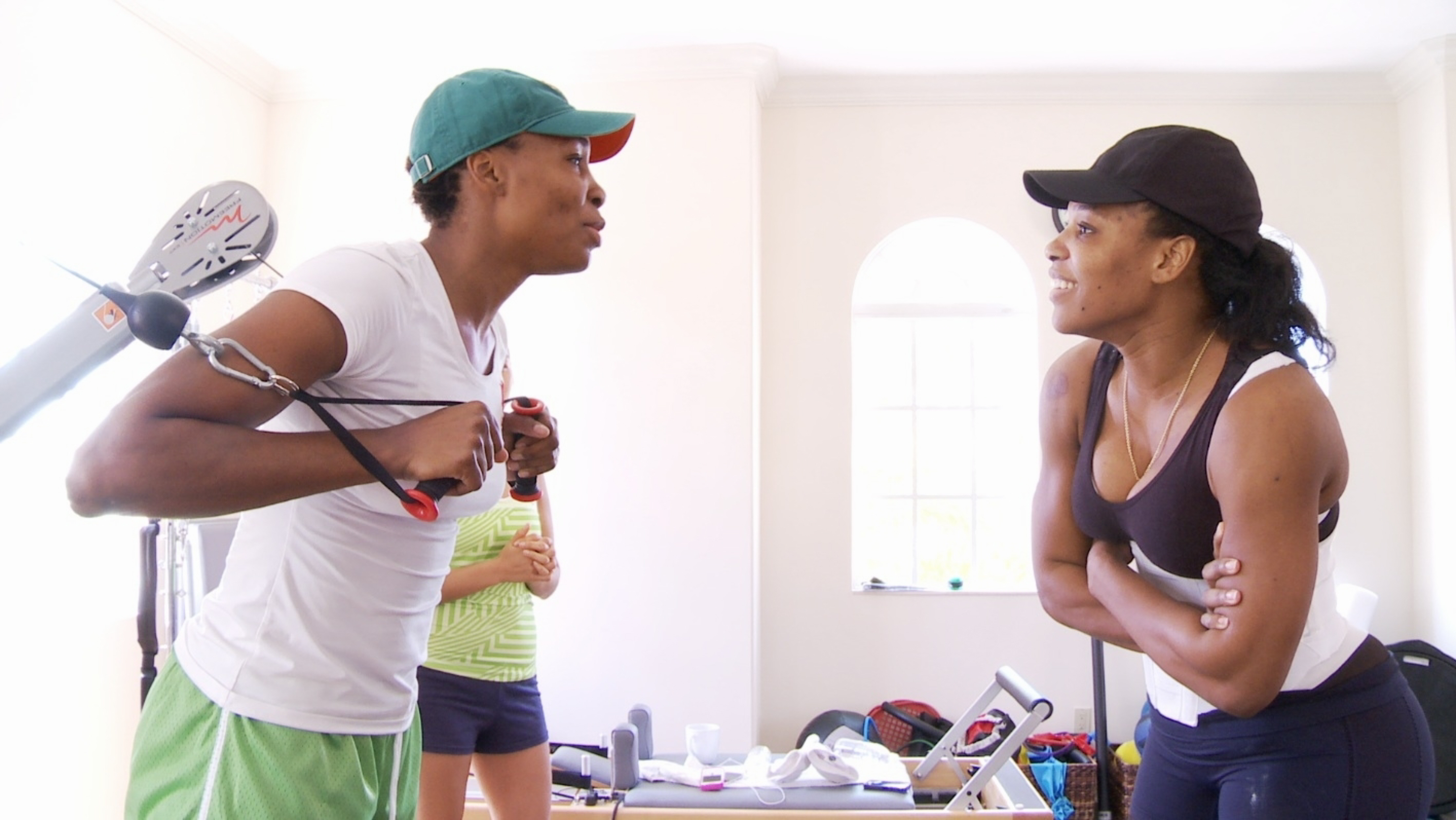 L+T: Were their any differences you all noticed between Venus and Serena after filming and following for as long as you did?
MB: I think with Venus – she’s feels like the protector – so she is not as open, I would say, as Serena is. Serena is the younger sister, so things come a little bit easier for her – not that things are easy, but being the younger sister and kind of coddled by the older sisters, I think that shapes them. Venus said it herself at the U.S. Open when she beat Serena in 2001, she said “It’s hard for me because I’m the protector. I protect my little sister.” That dynamic really plays itself out very clearly in our filming.
MM: I think Venus is also just a little quieter. She does open up but she is protective of the image of her family and herself and her sister.

L+T: They have several other siblings. They’re the only two that played tennis though, is that correct?
MM: They were all offered to play tennis. The entire family, every single day, went out on the tennis court. But Isha, when she was 14, had an injury with her back, and her parents were told to never let her play tennis again. She actually cried about that [during the filming], she wanted to play tennis too. But she’s a lawyer and also their business manager. The other sister, Lyndrea – she’s a little bit younger than Isha – she’s a songwriter, she’s actually written some songs for Kelly Rowland and others. She’s pretty successful in her own right. All she ever wanted to do was write songs, she never wanted to play tennis. She would hide under the bed when they would try to drag her out to the court. The oldest sister never took to it. Really, the plan was made before Venus and Serena were born.

L+T: What was the most shocking that you all learned about them and their family?
MM: I think there were a couple things. I was really surprised when we started out by how close they were to their father. He’d come on the practice every single day – they’re in their 30’s. They call him Daddy and give him a big hug. I’m like, “Wow, I cannot relate” [laughs]. I was really impressed by how close they are and how they maintain that closeness. Maiken always said she was really impressed because she has an older sister, and she was shocked by how they could be so close. I thought going in that we’d find out that they really weren’t that close and it was just a rumor. So the closeness with their father and with each other were really surprising to me.

L+T: Has it been a positive response from audiences and theaters?
MB: I have to say I’ve been thrilled. The reception since Toronto has been very, very positive. We’ve been really lucky so far, it’s been amazing actually. We’ve had very good reviews across the board. I live in London at the moment, so even over here [responses have been good.] We’ve been incredibly happy with the response.
MM: I’ve been doing a lot of the festival run. I have to say that the thing that I like the most is when people come up and say, “I don’t like sports, I don’t care about tennis and I didn’t like Serena, and know I love them. It’s not a tennis film and it helped me fall in love with them.” Even their father, Richard, they’re like, “we love him after seeing this film,” and that makes me happy, because we wanted to dispel some of the negative myths surrounding them with this film.

Venus and Serena is available on iTunes and Video On Demand, and opens in select theaters May 10. Get more info on the film here.