A debut album is normally the public’s official introduction to an artist and with Testimony, Def Jam’s August Alsina is prepared to make a right first impression. “I really just want you to take a piece of me with you. You should feel like you know me after listening to the album,” says the singer when asked what listeners should take away from his debut album. Comprised of accounts of tragedy, triumph and turn-up, the album details August’s somewhat dark past, while offering a glimpse of his seemingly bright future. “Life is about living and growing. Sometimes you fuck up along the way, but as you live, you’ll grow from it,” says the barely legal singer, who is obviously wise beyond his years. Life+Times caught up with the New Orleans native during a recent visit to New York City. Here, August Alsina’s talks his album, wanting to collaborate with Lil Wayne and Drake, and his love for Lauryn Hill.

Life+Times: You’re featured in Rocksmith Clothing NYC’s Spring 2014 lookbook. What was that experience like?
August Alsina: I’m actually wearing some Rocksmith right now. It was cool that they allowed me to be a part of their movement. It was kind of overdue, because they have been sending me some gear for so long. I may be actually collaborating on some pieces for Rocksmith soon.

L+T: You’re from New Orleans, but you’ve spent time in both Houston and Atlanta. Do you think spending time in those very different cities has helped to shape you as an artist?
AA: Definitely. Each place has its own style of music. Each place is playing something different on the radio. If you go to a club in New Orleans you’re going to hear not one regular song. You’ll be familiar with the lyrics, but the beat is going to be different. It’s going to be more up-tempo. Everything is faster. In H-Town everything is way slower. It’s like slow motion. I don’t know how to describe what’s going on down in Atlanta. It’s a whole bunch of ratchet shit going on in the A. Hearing all of that will have you influenced by it. All of that has played a part in my shit.

L+T: I read that Lauryn Hill was an artist that you gravitated towards as a child. What was it about her or her music that connected with you?
AA: I don’t know man, but it’s definitely something special. She’s a part of the reason why I’m singing. Hearing her sing in Sister Act 2 had me like “Damn, she sounds so fucking good. I want to do that.” That’s when I started singing and I haven’t stopped singing since. They should actually make a Sister Act 3 or something. I’d definitely play in that.

L+T: Your debut album is called Testimony. Why is that a fitting title?
AA: Because I came into the game being myself and just telling my story. I was given the opportunity to tell my story, so why wouldn’t I? When somebody tells their story or gives their testimony another person can be inspired by it. That’s what this album is for me. It’s an album of motivations. It’s not necessarily that every song is about being motivated or inspired. It’s just me coming from where I came from and getting to where I’m at.

L+T: During the making of Testimony, was there ever a point where you were nervous that you may have been giving people a little too much of your story?
AA: Of course, because this is real life for a nigga. Nobody just goes around telling their business to people. Nobody will be like “Aye bruh, I just stole some shit out of the store” [laughs]. Also, a lot of my story is my family’s story. Your life is your life by default. You don’t get to choose that shit, so I never wanted anybody to feel like I’m talking about them or anything. But at the end of the day this isn’t about me. It’s for the people.

L+T: What’s your favorite song from the album? Why?
AA: Probably “Right There” with Meek Mill. I really like my intro too, but then I like – I have a different love for each of them, but if I had to choose one song it would be “Right There” with Meek. That record is just so real. If you’re not touched by it or can’t relate to it then you’re just a cornball or you’re not living the right lifestyle.

L+T: Testimony features hip hop heavyweights like Rick Ross, Jeezy, Fabolous and Pusha T. Who is one artist that you would like to work with that you haven’t already worked with?
AA: I would want to work with Lil Wayne, because Wayne’s from New Orleans and I think that that has to happen one of these days. I’m going to name more than one person [laughs]. I’d say Drake. I fucks with Drake. Kendrick also. I rock with Kendrick and his whole movement a whole lot. 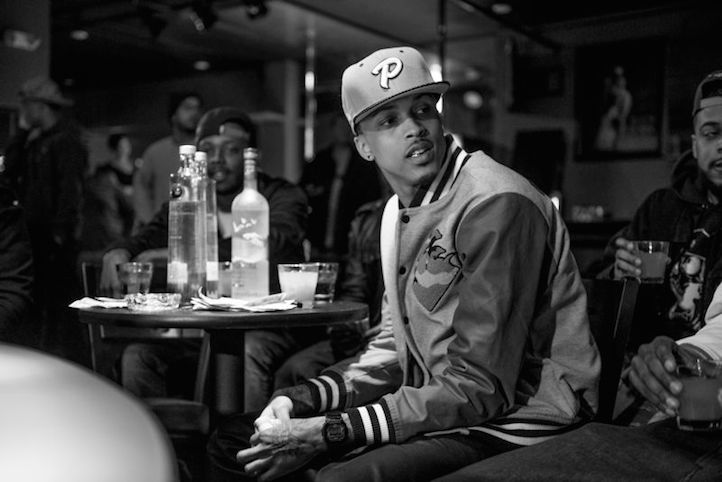 L+T: With YouTube and having that direct access to the fans playing a role in your early success, how important is it for you to continue to interact with fans via social media as you garner more and more success?
AA: Social media played a big part in my career. You don’t really realize how many people you’re reaching on the internet. In this day and age, I don’t know if it’s smart for a new artist to not be active on Twitter or Instagram. You have to be involved, whether you like it or not, because that’s where the people are. One of the first things people do after they wake up is hop on Twitter or Instagram. Really it’s an outlet. Kanye even has a Twitter and he actually uses it [laughs].

L+T: What is your least favorite part of fame?
AA: I don’t like a lot of it actually, but at the end of the day a lot of people are not blessed with the opportunity to be able to do this. What I do dislike the most is that once you gain a little success and once you reach a certain point people act as if you can’t mess up. Like you have to be almighty and perfect and if you mess up you’re such a failure or terrible person. It’s like you get to see me fuck up. I don’t get to see you. You know me. I don’t know you nigga, so you get to have your comments and say what you want to say about me. People have a misconception of what this shit actually is. This is a nigga’s life. I’m growing up in front of your eyes and people are so judgmental. I think that people forget that everybody is human and life is about living and growing.