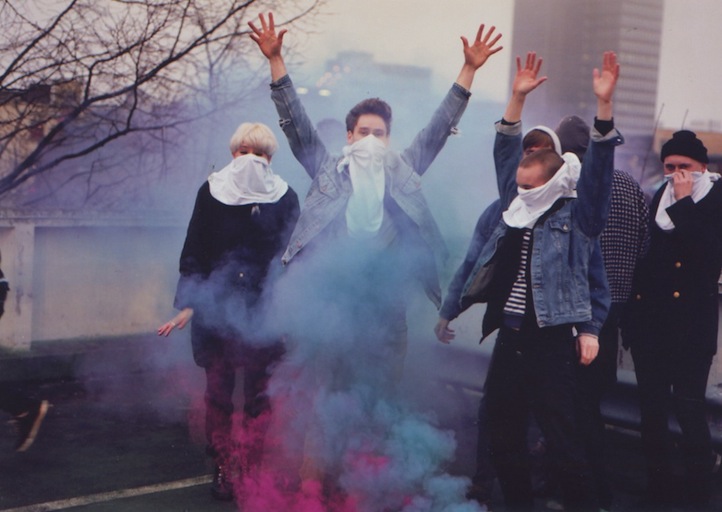 Strength in numbers suggests a movement afoot. For musical act Wu Lyf, theirs isn’t grounded in Five Percenter wisdom and knowledge of kung-fu flicks, as their name would suggest. Instead, the Manchester, England collective, fully dubbed “World Unite/Lucifer Youth Foundation,” is comprised of masked 19 and 20-year-old kids simply out to exercise their free will—at least according to its website. With little press or even output to provide further context, the start and end to their story is more or less the limited music available.

Wu Lyf comes equipped with a brand of “heavy pop” seemingly a genre unto itself. Driven by organs, the unknown lead singer—amongst an unknown number of band members—snarls as if coached by John Lydon. Yet he and his group mates are alone in summoning the epic air of religiosity that truly characterizes their sound.

This is, in essence, punk music raining down from the clouds—a fitting clime whether you prefer laced Doc Martens or scuffed Timbs.