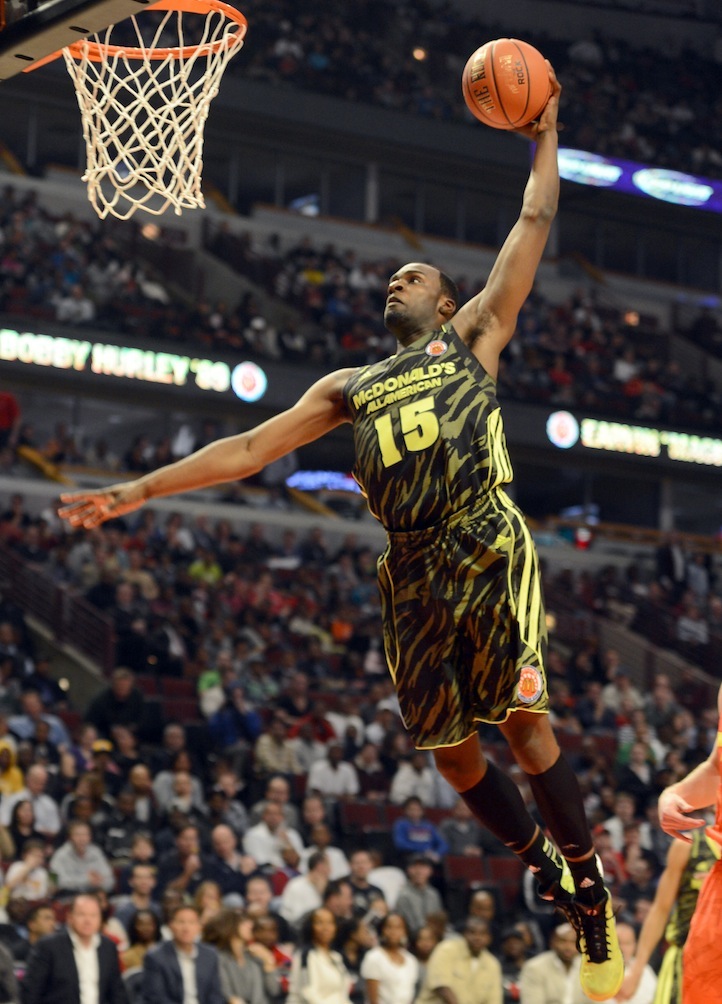 As the 2012 Final Four nears, last night’s boys and girls McDonald’s High School All-American games provided a quick glimpse at some of the players that will be dominating next year’s March Madness discussion. In the boys’ half of the nation’s most esteemed high school all-American game, the West team prevailed over the East, 106-102, though the close final margin heavily outweighs the game’s minimal thrill factor.

Despite a solid turnout at Chicago’s United Center, sloppy play, and a lack of defense and intensity – it was an All-Star game, to be sure – left much of the game an uncompetitive blowout until a late surge in the final five minutes (due to an extreme letdown by the West) helped the East sneak back into the game. Things stayed fairly tight early on, but the West put together a 27-12 run early in the second half to balloon 12-point halftime lead to as much as 25.

“High school ball isn’t a heck of a lot different than college ball or pro ball. It’s a matter of runs and we had a run right at the beginning of the second half,” said the West Coach Gordie Kerkman, longtime head coach at West Aurora High School in Illinois. “I sort of felt good about being up 24, but you never really safe, and I think we lost a little bit of intensity, we started throwing the ball away a little bit.”

A 23-13 run by the East helped make the game respectable, but it was too little too late.

Most eyes were keyed on Shabazz Muhammad, recently named the 2012 Morgan Wooten Player of the Year award by the McDonald’s All-American Game committee, and he lived up to the steep billing.

“It means a lot,” he said. “There’s so many talented players out here. It was fun tonight to play with everybody, Archie [Goodwin] and all those guys. Everybody is just a terrific player. Winning game MVP was a really good thing for me, and our team played really well, also.”

The Las Vegas native led the way for the West, finishing with 21 points and six rebounds to take home game MVP honors. Still undecided on where he’ll go to school next year – UCLA, Duke and Kentucky top the list –  he displayed several of the things that make him a special player: high intensity, a refined skill-set, quick explosion and solid character.

“When you come to every event, you want to be known as the best player, or the best player at the event,” said Muhammad. “Coming in, I just wanted to really work hard and compete against everybody. Knowing that everybody is talented –  this is the Elite 24, the top 24 guys in the country – and competing, it’s a beautiful thing.”

NC State was the most represented destination for the game’s participants, with three players – Purvis, Tyler Lewis and TJ Warren – all committed to attend next year. Kentucky and Arizona were represented by two players, while 12 other schools each had one future student-athlete in action. Five players, including Muhammad, remained undecided. 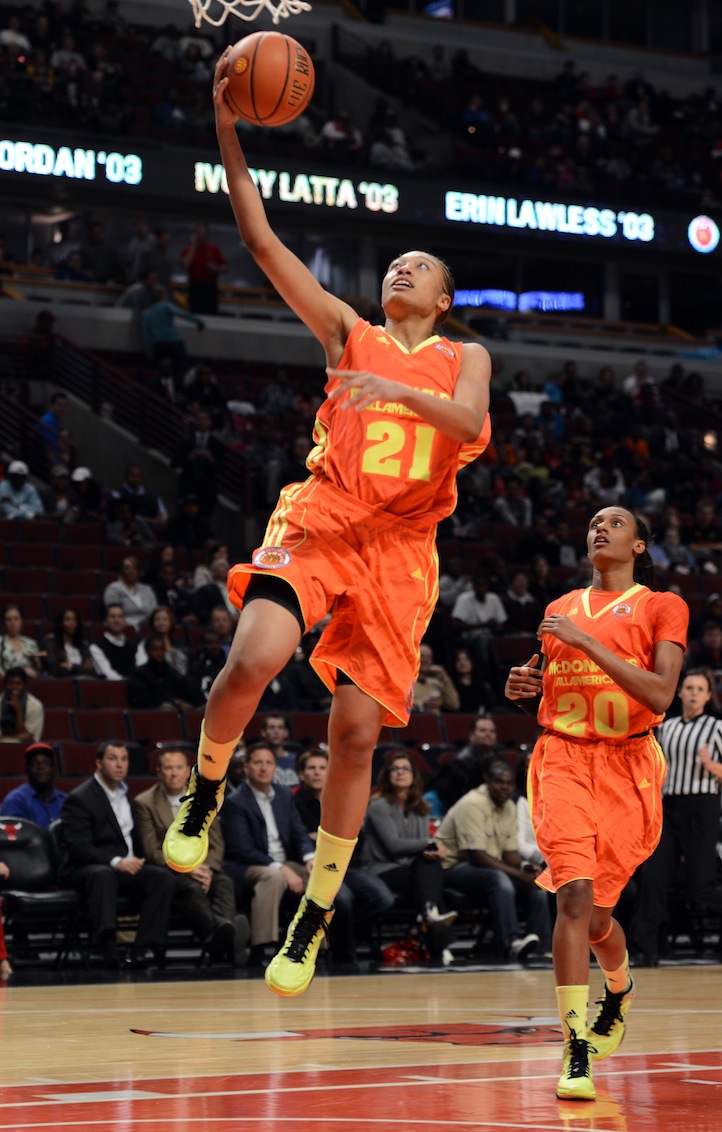 The girls’ game, on the other hand, was competitive throughout, as the East slid past the West, 79-78. A Bashaara Graves free throw with 0.3 seconds remaining was the deciding factor.

Alexis Prince, headed to Baylor next year, took home the game’s MVP honors, leading the East with 15 points and nine rebounds. Nirra Fields led all players scoring with 20 points playing for the West.

While the game was the final culmination, most players pointed to a trip to the Ronald McDonald Charity House as the the highlight of the 4-day experience.

“It’s been great,” Muhammad said of the entire trip. “Starting with the Ronald McDonald House and all the funding they’re doing for kids that are less fortunate than us. McDonald’s is doing a great job putting together this event with the practices and how hard they are, the skill development and drills, and then you go to the Ronald McDonald House and you just feel fortunate to have this opportunity knowing that everybody doesn’t have this opportunity. There’s only a certain amount of guys who get this. I’m blessed to be here.”

“Seeing the smiles on the kids’ faces at the Ronald McDonald House when we helped them out is something that I’ll always keep with me,” Goodwin said after the game, calling the trip “a very humbling experience.”