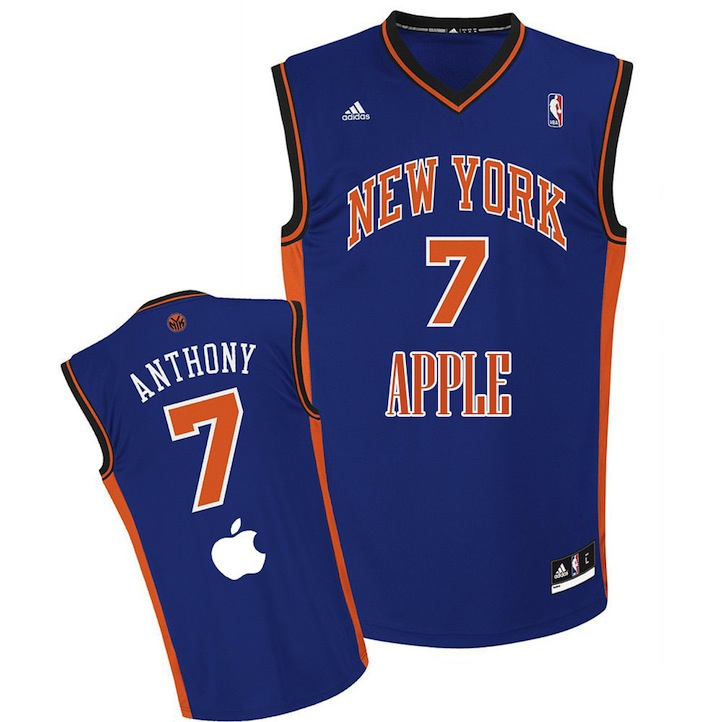 In the modern era of sports, players and owners are often at odds when it comes to dollars and cents. Most recently, the NBA locked out its players over revenue shares and salary cap structure, canceling the first two months of the 2011-2012 season, last fall. Ultimately, the two sides came to terms on a new collective bargaining agreement (CBA) Thanksgiving weekend, ending the 149-day work stoppage, as play resumed under a truncated schedule on Christmas day. Although a new deal was reached, the lockout cost the owners and players millions, as neither side truly gained an advantage over the other. Since then, the league has thought of creative ways to increase profits and alleviate tension between its workers.

At a press conference last week in Las Vegas, the NBA Board of Governors proposed placing a two-by-two inch sponsorship patch, stitched onto the shoulder of game-day uniforms, to take effect at the start of the 2013-2014 season. “I think it’s likely that we’ll do something, implement something, some sort of plan for the fall,” said Adam Silver, NBA deputy commissioner, in a statement. “I think it’s fair to say that our teams were excited about the opportunity and think there is potentially a big opportunity in the marketplace to put a two-by-two on the shoulder of our jerseys.”

The proposed bill has raised some eyebrows, especially amongst fans of the NBA who feel the sanctity of team uniforms will be tarnished. Still, owners seem to be onboard. Silver said that he sensed there wasn’t a single owner opposed to selling uniform real estate. While some players might initially object the concept of becoming walking billboards, revenue from jersey sponsorship will be register as Basketball Related Income (BRI)– half of which goes directly into player’s pockets. The bottom line is the bottom line. Silver said the NBA could fetch about $100 million by selling a insignias on jerseys. With 450 players in the NBA, $100 million would mean that a player’s jersey patch would generate roughly $222,222 throughout the 82-game season. 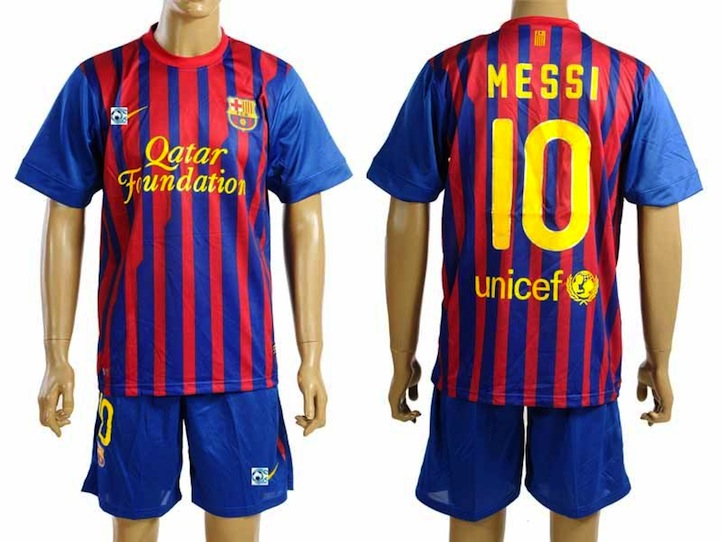 According to Forbes, jersey sponsorship has worked for other sports, most notably, soccer. In 2010, the 20 teams in the English Premier League generated $178 million in revenue from shirt sponsorships, overtaking Germany’s Bundesliga for attracting Europe’s most lucrative deals. Germany was bumped from the summit largely due to Manchester United’s new deal with insurance broker Aon and Liverpool signing up Standard Chartered Bank. MLS joined their European counterparts as well with ads from Red Bull and Herbalife. “In the soccer world, sponsorship on jersey fronts is part of the DNA of the sport,” Don Garber, Major League Soccer Commissioner, told USA Today in 2009. “Nobody outside the U.S. looks at that as abnormal.”

The hunger to generate new revenue streams, during these troubling economic times, has already turned a few league’s full-speed on implementing the once-taboo prospect of corporate sponsorships for game uniforms. In 2009, WNBA players began to wear patches promoting Bing, Farmer’s Insurance, Life Lock and Foxwoods Casino, prominently featured on the front of their jerseys. That same year, the NBA began to allow teams to sell ads on their practice jerseys to stay competitive in the global market. Now taking a cue from NASCAR, the most notorious brand for having its sport affiliated with corporate sponsors, the NBA looks to benefit from fans regularly purchasing apparel that’s plastered with advertising logos. But the bill may not transition to fans as smoothly.

Fans, who are opposed to the commercialization of sports, and the rebranding of their favorite teams, feel that the patch will dilute the tradition of the game. Some say the NBA is selling out. Until recently, the big four sports of the Unite States have prided themselves on being traditional. Stadiums are plastered in ads. Nationally televised games have required stops for commercials and the league’s top players all have outside endorsement deals that are projected into our memory everyday. Michael Jordan revolutionized the way the game is played on and off the court, and fans have benefited (sporting fly kicks) and suffered (robbed or killed for fly kicks) alike. MJ has passed the Nike Swoosh on to LeBron James. And he will pass it on to his successor. It’s one thing to display ads on buildings, buses and billboards as a cost of business. It’s another to tag up a player’s jersey.

Basketball purists will forever protest the non-traditional stance the NBA is taking, but this is a business, and in order to stay competitive change must occur. Do you think corporate ads on NBA Jerseys will resolve the NBA’s financial woes?