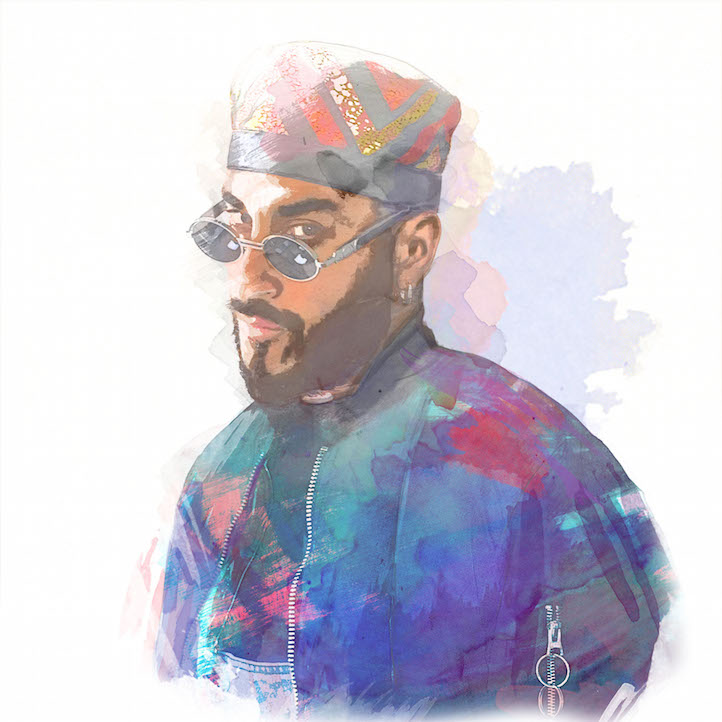 Oftentimes, a music sheet full of composition created across various decades can offer you more of a history lesson than the words of a textbook. This is where London-based label, Ministry of Sound, takes the history cue for its Masterpiece series. MoS reaches out to select electronic music trendsetters for a “masterpiece” of tracks that reflects the artist’s musicality. Usually the compilation is churned out like a playlist and not a mix. However, for house music icon Armand van Helden, a standardized compilation was just not suffice. This week, MoS unveiled Masterpiece Armand Van Helden in which Armand curated and mixed three discs: The Loft – Boston, Yacht Rock Don’t Stop, and Freestyle Forever. All three records speak to an integral facet of Armand’s over 20-year span career. “You want to make it as real as it can be to what you would experience in those pasts. I tried to make it as real as it would be if you went to a freestyle club in 1989,” Armand says.

With the exception of Duck Sauce (his joint project with DJ A-Trak), a best-of album in 2012, and last year’s Sam Smith remix, Armand has kept his DJ life low-key. He adds, “These days I’m not doing much intentionally. I guess the way I look at my career is through the ‘90s I worked pretty much my ass off if you wanna say. By 2000 or even ’99 I was like, ‘Now, I’m slowing this down – wean off of this slowly. That’s basically been my plan. Fifteen years later now, but same thing. There’s a Def Leppard song that says the lyric, ‘It’s better to burn out than to fade away’ as an artist. The house legend pauses before bursting into laughter and says, “I’m making sure I’m doing the opposite of that Def Leppard lyric!” Armand admits the plan is “lackadaisical,” but he’s comfortable with it.

And for a veteran of his caliber he’s allowed.

Life + Times: So, all three of the discs speak to three different stories. I even felt like I was going down memory lane with some of these tracks. I can only imagine what it must have felt like putting it together – nostalgic.
Armand van Helden: Yes, definitely. You could imagine sitting in a studio like with a big, gleaming smile for most of the project that was me. You’re just sitting there like, ‘Wow, I remember this.’ Then, I had to mix them and that’s even funnier because I had to mix these records…The Yacht Rock one, nobody mixes yacht rock. It’s like it’s unheard of. Maybe somebody on a Soundcloud put out a yacht rock mix. I think I’ve seen it somewhere, but I think they chopped up the songs. So, not where it’s a regular kind of mix where it’s about DJ skills, but it was more just about flow. This might be the first mixed commercially available yacht rock CD. It’s possible. I can’t guarantee it. I’m not gonna claim it, but it might be.

L+T: (Laughs) Yeah, it might be. I’m laughing because when I first sat down to listen to it I was like, ‘What in the world?’ I wasn’t laughing as in ‘this is horrible,’ but I laughed at the fact you had to mix it together. Your yacht rock mix would ordinarily be a mash-up, not one fluid mix as you mentioned. So, that’s really impressive.
AVH: Yeah, yeah. (Laughs) It was just fun. The Yacht Rock one is really unique because I did it for myself a little before Ministry had even called me to do the mix. So, I have another yacht rock mix that I threw together real quick for me when I’m down at the beach. (Laughs) I just like the idea of seeing if I can mix them. So, when Ministry hit me with that offer I was like, ‘Somehow, I have to squeeze that yacht rock thing into this mix.’ And it worked fine. It actually makes no sense.

L+T: It’s the good kind of random. On The Loft disc, I heard an artist that hardly gets spoken of – Ian Pooley for his track, “Don’t You Be Afraid.”
AVH: Oh, yeah!

L+T: Expound on that. What’s the significance of that track for you personally?
AVH: Ah, the Ian Pooley track. Basically, Ian Pooley became a friend of mine back then in the ‘90s. It was a song he did before, it was called “Celtic Cross,” but when he came out he came out with this crazy sound. He was coming out of Germany I remember. I was kind of doing my thing a little bit before him and he came out a few years after that timeframe. When he came out, he came out strong. I remember I was like, ‘I love this guy,’ but I never knew anything about him…That song, “Don’t You Be Afraid,” isn’t a Loft classic. That’s one that we didn’t play at The Loft. That’s one that when I left The Loft and moved to New York and I was first starting to get my gigs – and started getting my first European bookings – that was a big song for me. It encompassed that time. It was a little later, like a ’94 [or] ’95 sound. It’s a record that I’ve always loved. Kids will sometimes play me their tracks like, “Hey, I want to play you this new deep house song.” They play it for me and I’m like, ‘Oh that’s good, but check this out,” and I’ll play, like, Ian Pooley. They’re like, “What is that?” ‘That’s what you’re trying to make.’ (Laughs) I remember spinning it and loving to play it. It’s a really long song. The original is nine minutes, but it’s just one of those tracks I love to play. I remember there’s an old Basement Jaxx song too I used to mix it with when Basement Jaxx was brand new.

L+T: Well, I’m glad I got the story on that. It stuck out to me because Ian doesn’t get enough mention or credit. So, to see him on your mix brings awareness.
AVH: I mean he does get credit in certain circles, but yeah, the new generation doesn’t know him.

L+T: Right. The newer generation.
AVH: I agree. He did a ton of great records.

L+T Hey, how was Holy Ship?
AVH: It was good. It was my second year at Holy Ship! I’ve never been on a cruise before, so that’s technically my first cruise. The guy that puts that together is the guy from HARD.

L+T: Gary (Destructo)?
AVH: Yeah, he’s a cool guy. I like what he’s about. It’s (Holy Ship) just my kind of thing. Obviously I’m the oldest person on the boat, I’m good with that. I understand there’s an age gap there. I don’t take away from anything that’s going on with that type of crowd – people younger than me. I never want to steal from the youth. I didn’t want my youth stolen, so why would I do the same? I have nothing negative to say about it. I know a person of my age could be bitter. I’m not though. They were like, “Hey, you wanna go on a cruise and DJ?” I was like, ‘Sure.’ I don’t care if it’s a Disney cruise. It’s all fun to me.

L+T: Awesome. Now for the last question I end every interview with. Do you think a DJ is a musician?
AVH: Well, yes. Here’s the thing – well actually, no. That’s a tough one to answer because…Let me think. (Pause) Okay, I’ll say yes because if you know music history, then you know (Pause) I don’t know. I’m a record collector. I met old people – I don’t even remember – let’s say they’re in their 80s, they would tell me of a time where jazz music was…”the scourge of the earth” in a sense. Jump to 2015, jazz is like the most musicianship style music that exists now. Back then that was noise. Take that analogy and use that for anything. So when somebody asks if a DJ is a musician, I’m gonna say yes because the history has shown me that it’s just labels on things that don’t matter. I had to think about it because musician is a tough one. When you think about it, if you’re doing something you have to think about the technology. If you’re on a stage, banging a lead pipe and people like it and it’s music – you’re a musician. You’re a lead pipe musician. That’s the way to look at it. You’re up there playing a lead pipe for 25,000 people and they’re going crazy. It’s music, you know.