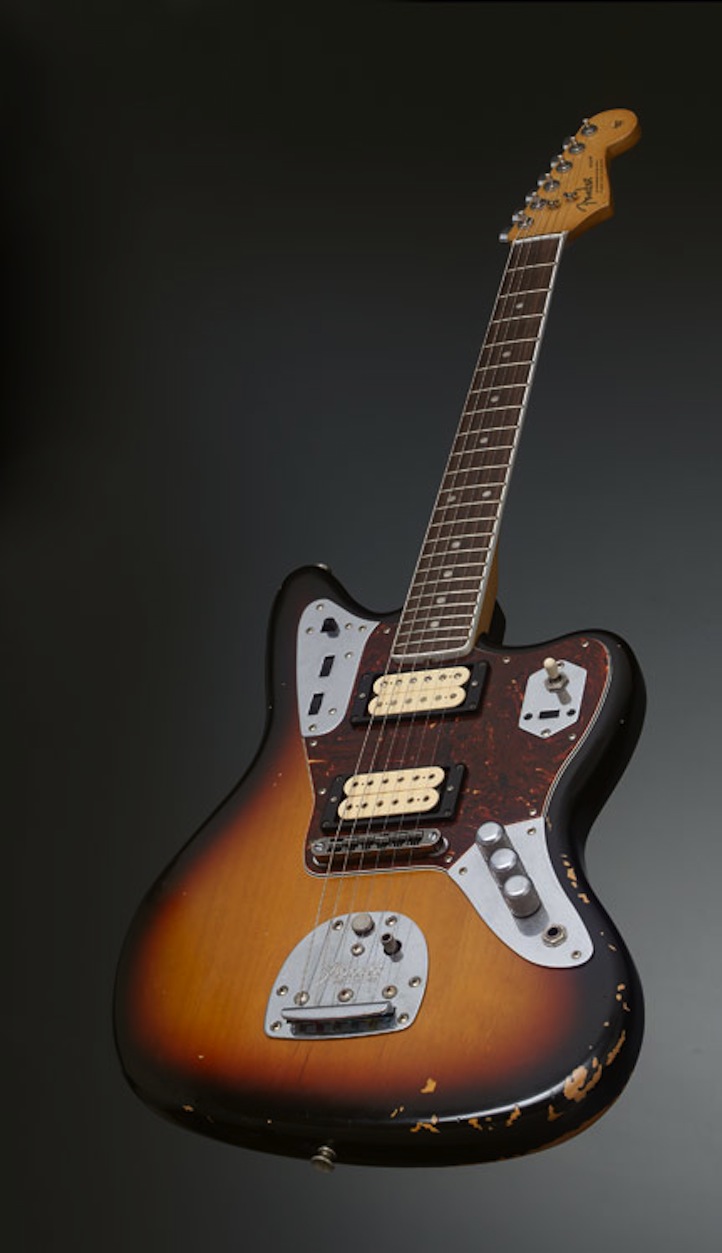 To say Kurt Cobain was an enigma would be an understatement. But to say that he had certain idiosyncrasies when it came to his guitar tech would be right on point. For much of Nirvana’s heaviest work, Cobain wielded a left-handed 1965 Fender Jaguar, set with a custom pickups and control figuration implemented by Cobain. The result was a steely tone that’s heard in some of the band’s classic song and the instrument was prominently featured in Nirvana’s live shows and the video for “Lithium,” off the Nevermind album.

As part of its artist series, Fender is now releasing the Kurt Cobain Jaguar, which pays tribute to the late frontman’s most prominent guitar. Comprised of a “pre-worn” alder body and featuring a “volume-tone-volume” configuration, the guitar is as much for Nirvana collector’s as it is for musicians. The guitar is being released with a vinyl hardshell case and a 32-page book about Cobain featuring images from photographer Charles Peterson and commentary by Nirvana guitar technician Earnie Bailey.

The Fender Kurt Cobain Jaguar retails for $1,849 and is available here.