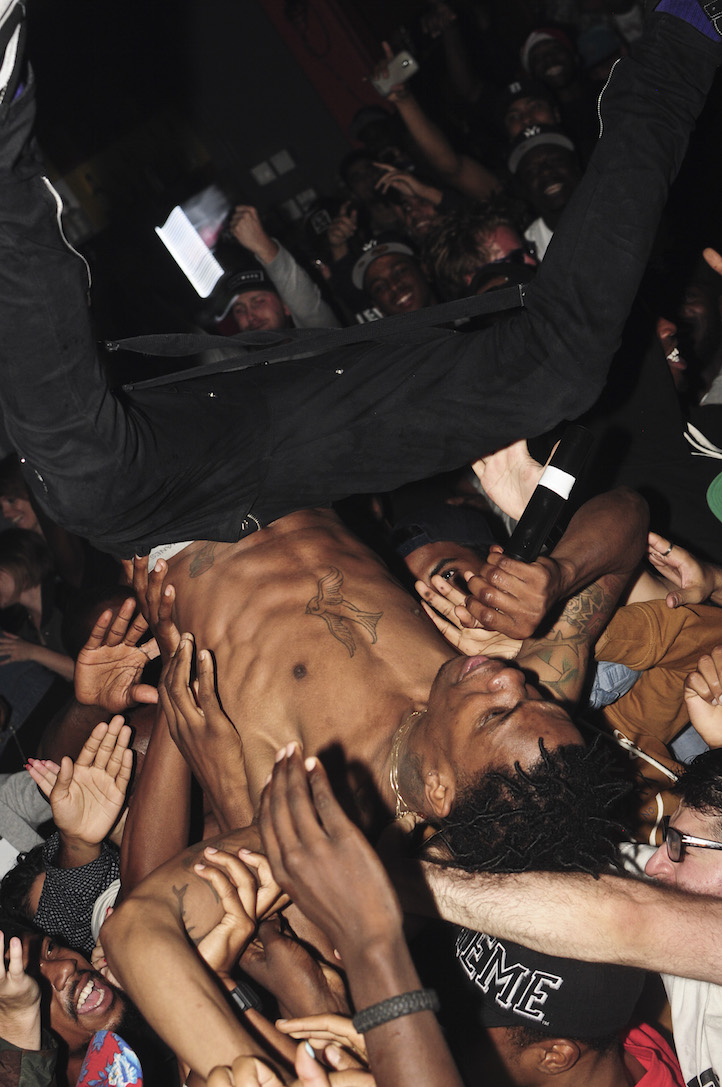 “This was Travis’ first ever Toronto performance. For me, it represented his increasing popularity. Looking back, it was an important moment for me to be a part of his first visit here. I felt this photo captured his energy perfectly. He would later use this photo to promote his second Toronto show on Twitter.” 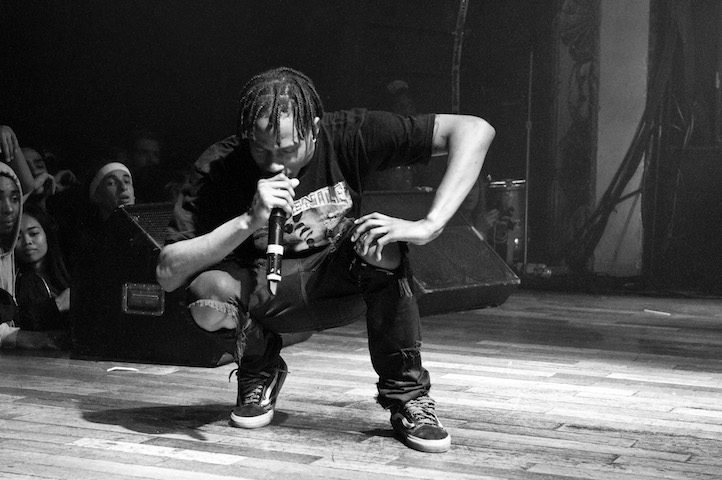 “This was my second time shooting Travi$ in Toronto. That night, Travi$ climbed two different balconies in the building. By the end of show, half the crowd was on the stage. The whole event was something I’d never seen before. He posted the shot of him on the balcony to his personal tumblr. Maybe to him it was just another stunt or just another show. To me and many others, he had made history in Toronto.” 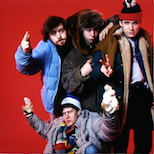