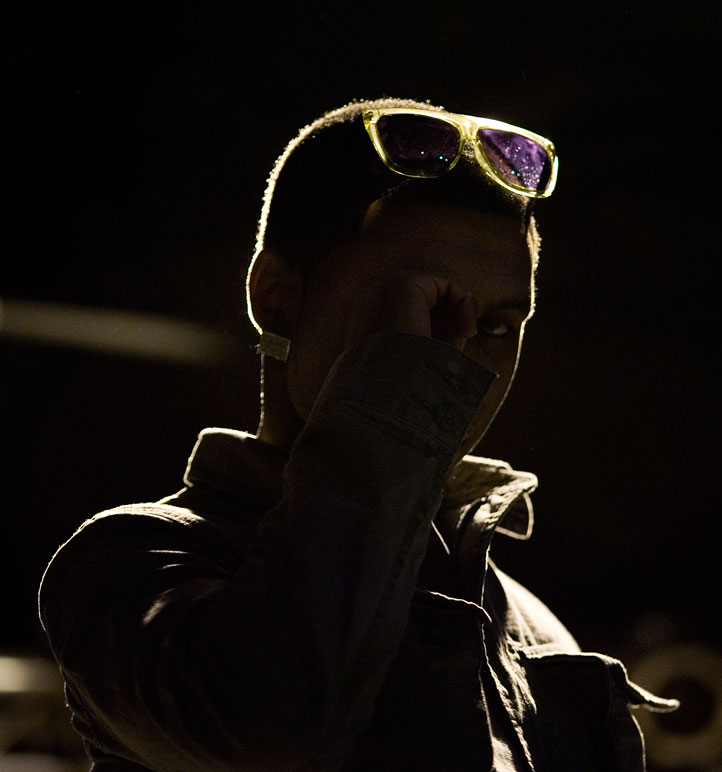 “This past January Lil B performed at the Highline Ballroom. My good friend Maluca opened up for him and I came by to photograph her during soundcheck. Lil B was finishing up his soundcheck when I got there and I snapped a few frames of him. To me, this image says so much about who Lil B portrays himself to be as well as who he really is. He has this rim of light surrounding him making him appear somewhat holy, he refers to himself as the “Based God” and also captures him in a very vulnerable moment where he is rubbing his eye the way you would associate a child would, depicting his fragility as a young man. This image is part of a collection called “The Holy Series,” that was all shot that night at his show which can be viewed on my blog.